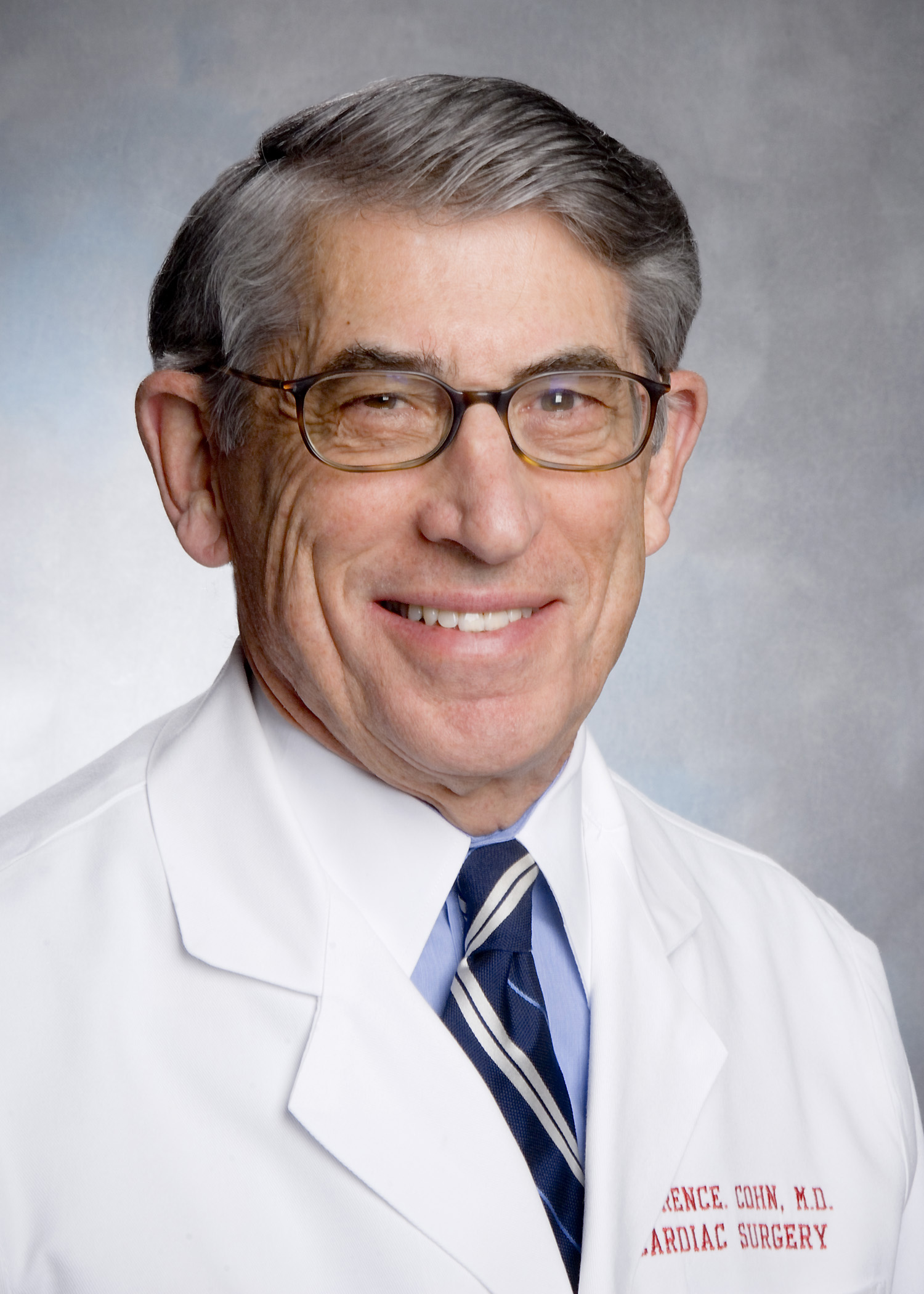 Eugene Braunwald, MD, founding chair of the TIMI Study Group in BWH’s Division of Cardiovascular Medicine, shared that when he first met Lawrence H. Cohn, MD, in the mid-1960s, he knew that Dr. Cohn was “headed for greatness.” BWHC President Betsy Nabel, MD, said that Dr. Cohn taught her that “holding a patient’s heart in one’s hand was a privilege.” Former trainee and friend Tomislav Mihaljevic, MD, chief executive officer of Cleveland Clinic Abu Dhabi, described him as “Larry the Lion.”

During a memorial event held April 11 at Boston Symphony Hall, friends, family members, trainees and colleagues came together to honor the life and legacy of the late Dr. Cohn, who was part of the Brigham family for more than 45 years. Dr. Cohn, who was the Virginia and James Hubbard Chair in Cardiac Surgery at Harvard Medical School and former chief of BWH’s Division of Cardiac Surgery, passed away in January. The event began with Tony Bennett’s song “I Left My Heart in San Francisco,” one of Dr. Cohn’s favorites.

“Larry was the consummate physician, educator and academician,” said Nabel. “But what he cared about more than anything were his patients, and he expected the same from his trainees.”

A world-renowned expert in the field of valve repair and replacement surgery, Dr. Cohn performed more than 11,500 cardiac surgical operations during his esteemed career. He also trained more than 150 residents and fellows.

Dr. Cohn and his wife, Roberta, high-school sweethearts, were married for 55 years. In 2008, they established the Cohn Library at BWH—a collection of some of the earliest editions of books and papers about cardiac surgery and cardiology.

“He was the protector of the history of his field and of the Brigham’s history,” said Dale Adler, MD, executive vice chair of the Department of Medicine.

Dr. Cohn was also a lover of the arts, as well as a competitive tennis player. Close friend and tennis doubles partner Peter Banks, MD, director of the Center for Pancreatic Disease at BWH, shared stories of their friendship and tennis matches, as well as Dr. Cohn’s devotion to his family.

Daughters Jennifer Cohn and Leslie Bernstein closed the event with a moving tribute, recounting their father’s love for numbers—especially 11—his support and guidance throughout their lives, and his adoration of grandchildren Carly, Rachel and Cameron.

“Our father truly cared about the person behind each surgery,” said Jennifer. “His life is a testament to how much of an impact a person can make.”

Read Dr. Cohn’s obituary in Bulletin to learn more about his career, and view a recording of the event.