All are welcome to share condolences and memories of Dr. Cohn in the comments section below the story. 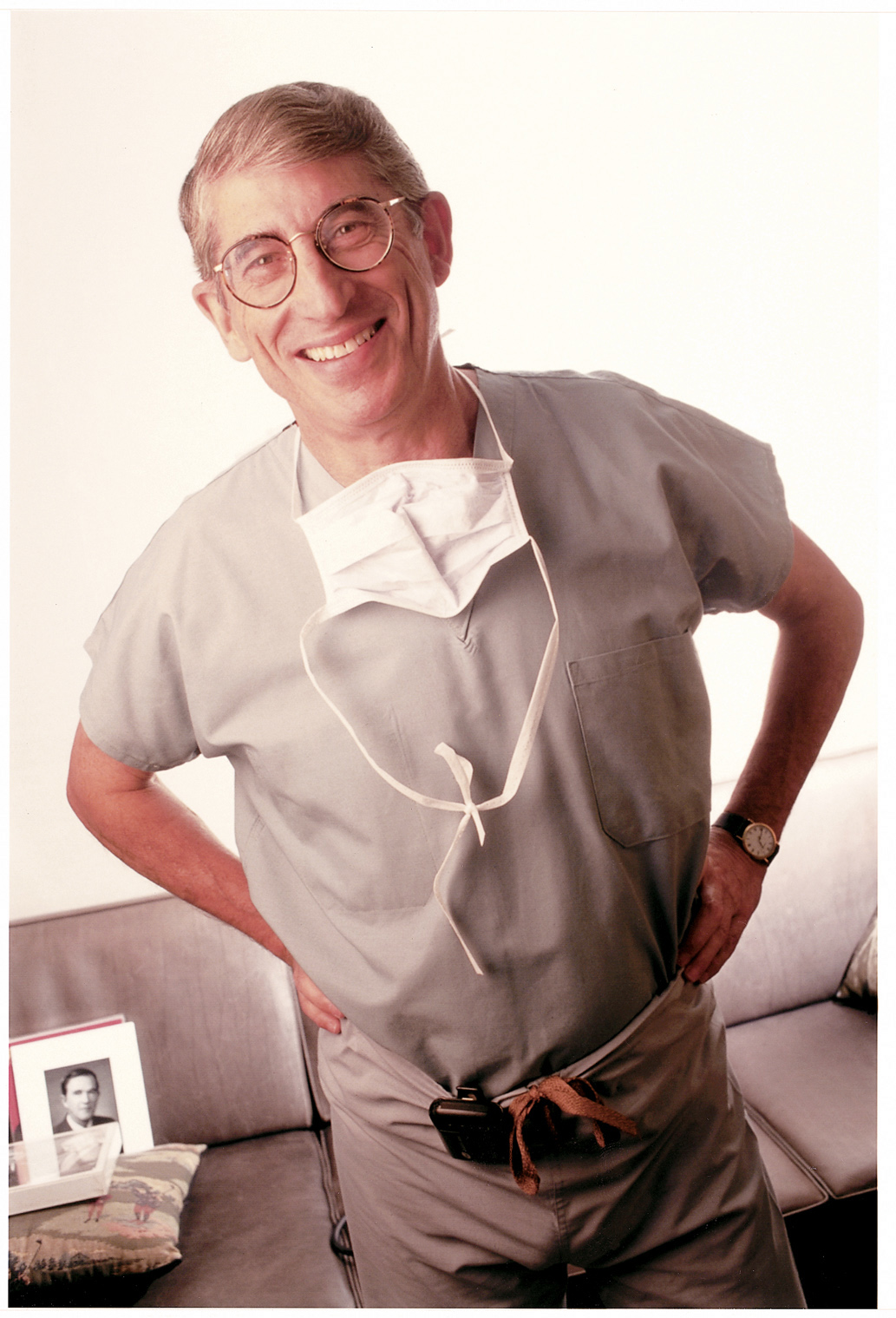 “Dr. Cohn believed that holding a patient’s heart in one’s hand was a privilege, and he was determined that those he taught would be worthy of that privilege,” said BWHC President Betsy Nabel, MD.

Added Michael Zinner, MD, chair of the Department of Surgery: “In his nearly 45 years at BWH, Dr. Cohn has left an indelible mark on the hospital, helping to position it as a leader in minimally invasive cardiac surgery and training scores of surgeons, many of whom have become national leaders in the field. He was a giant in the field of cardiac surgery and will be missed.”

Having performed more than 11,000 cardiac surgical operations, Dr. Cohn was a world-renowned expert in the field of valve repair and replacement surgery and minimally invasive heart valve surgery. His leadership was instrumental to many “firsts” at the hospital. In 1984, he was part of a team that completed the first heart transplant in New England at a time when very few medical centers in the country were performing such operations. In 1996, he led a team that replaced an aortic valve through a three-inch incision instead of opening the entire chest.

Eugene Braunwald, MD, founding chairman of the TIMI Study Group and former BWH physician-in-chief, was a mentor and close friend of Dr. Cohn. They worked together in the 1960s when Dr. Cohn was training at the NIH and again later at the Brigham.

“He was brilliant, one of the world’s top cardiac surgeons and had a great sense of humor,” said Braunwald. “He was very devoted to his patients and interacted closely with their families. He trained many of the most outstanding cardiac surgeons around the world; they came to the Brigham to train with him. He was a good personal friend, and we will miss him terribly.”

Called a “master of masters in cardiac surgery” by the Journal of Thoracic Disease, Dr. Cohn trained more than 150 residents and fellows at the BWH/Boston Children’s Hospital Program in Cardiothoracic Surgery. He helped to launch the careers of many surgeons who practice at major medical centers worldwide, including about 30 who went on to serve as division chiefs or department chairs.

“Dr. Cohn was a fantastic surgeon to watch and to learn from,” said Prem Shekar, MD, chief of Cardiac Surgery. “Training under Dr. Cohn was a life-changing experience for a surgeon.”

Born in San Francisco, Calif., Dr. Cohn earned his bachelor’s degree from the University of California, Berkeley, and his medical degree from Stanford School of Medicine. He completed his training at Boston City Hospital and the University of California, San Francisco Medical Center, and a fellowship at the National Heart Institute. Dr. Cohn joined the staff of BWH in 1971 and served as chief of Cardiac Surgery from 1987 until 2005. In 2000, he was awarded the first endowed chair in Cardiac Surgery at Harvard Medical School. Past leadership roles also include chair of the Brigham and Women’s Physicians Organization and director of the Cardiac Surgery Research Laboratory.

Dr. Cohn received numerous awards and accolades for his work as a physician, researcher and educator, including an honorary Masters of Medicine from Harvard and a Doctor Honoris Causa from the University of Paris. He also received the American Heart Association’s highest award, the Paul Dudley White Award.

In 2008, he and his wife, Roberta, established the Cohn Library—a collection of some of the earliest editions of books and papers about cardiac surgery and cardiology, donated by the Cohns to BWH.

“The library is an extremely valuable collection that is especially inspiring to young people in seeing how these fields have developed over the centuries,” said Braunwald.

Dr. Cohn’s generosity to BWH extended beyond the library. In addition to his own philanthropy and leadership as a founding member of the Hippocrates Society Committee, he was a tireless advocate for securing philanthropic support for research, education and innovative programs in cardiac surgery. With his leadership and passion, he helped raise funds for BWH’s minimally invasive valve repair and replacement program and outcomes research in cardiac surgery, as well as the establishment of a dedicated outcomes research fellowship program in the division.

Dr. Cohn was a board member of the Boston Symphony Orchestra and the Boys and Girls Club of Boston. He was also an active member of the Museum of Fine Arts and the Boston Historical Society and a former trustee of Massachusetts Financial Services. In his free time, Dr. Cohn was a competitive tennis player and avid golfer. He also enjoyed studying history, skiing, fishing and sailing. His family was extremely important to him, and he especially enjoyed spending time with his grandchildren.

Information about a BWH memorial service will be forthcoming. Learn more about Dr. Cohn’s career by viewing a video.