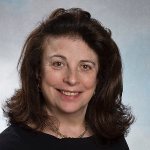 Brigham and Women’s Hospital mourns the loss of Beryl Benacerraf, MD, a world-renowned radiologist, physician, researcher, fetal ultrasound expert, entrepreneur and educator. She died Oct. 1 from advanced cancer. She was 73.

A member of the Brigham community for over 40 years, Dr. Benacerraf had an international reputation as a leader in obstetrical and gynecological (OB-GYN) ultrasound. Her discoveries using ultrasound in prenatal diagnosis of congenital anomalies and gynecological disorders transformed care in these areas of medicine and benefited the lives of countless women.

Dr. Benacerraf had dyslexia, which although impaired her reading ability, also helped her decipher obscure images and view things in entirely unique ways. This helped lead her to groundbreaking insights, most notably that a larger nuchal fold on a second trimester sonogram was a potential indicator of the genetic disorder Trisomy 21, also known as Down syndrome.

Dr. Benacerraf’s research established a standard for pregnant women’s physicians to use nuchal fold measurements to help determine the risk of Down syndrome. Such a discovery launched the field of genetic sonography and dramatically improved prenatal diagnosis and the characterization of fetal syndromes. Among her many other accomplishments were observations on human fetal hearing and using ultrasound to monitor invasive procedures.

Colleagues reflected on her brilliant mind and intellectual generosity.

“Beryl was a true giant in the field of OB-GYN ultrasound who was known internationally as an expert in obstetrical imaging,” said Mary Frates, MD, division chief of Ultrasound. “We at BWH Radiology greatly benefited from her expertise for over 30 years. She taught dozens of staff radiologists, hundreds of Radiology and OB-GYN residents and fellows and trained hundreds of sonographers. Beryl elevated the level of scanning and interpretation whenever she was in the reading room, sharing her knowledge generously with all levels of learners. She was an inspiration to us all and impossible to replace.”

Carol Benson, MD, former chief of Ultrasound and co-director of High-Risk Obstetrical Ultrasound, described Dr. Benacerraf as a “pioneer and champion for obstetrical and gynecologic ultrasound” who reshaped women’s health.

“She spent her career advancing the practice of ultrasound through her clinical work, research and teaching,” Benson said. “She was a terrific mentor, and we all learned from her every day.”

“In 1991, when departments of Radiology and OB-GYN at BWH and around the country were in the midst of turf wars over obstetrical ultrasound, Beryl had the wisdom to understand that a collaborative approach was far superior to a winner-take-all approach, as it would take advantage of the complementary areas of expertise of the two departments,” reflected radiologist Peter Doubilet, MD, PhD.

“Beryl approached me, saying that if she and I could agree on a workable arrangement, she was confident that the Brigham Departments of Radiology and OB-GYN would go along with it,” added Doubilet. “We quickly hammered out an agreement that led to the opening of the Brigham’s Antenatal Diagnostic Center, which has flourished for over 30 years as a site for high-quality patient care and research and is now the ultrasound component of the Center for Fetal Medicine and Prenatal Genetics.”

Dr. Benacerraf was a practicing physician who served more than 350,000 women over four decades, caring for patients with extraordinary skill and compassion. She cared for patients at the practice she founded in 1982, Diagnostic Ultrasound Associates, until the day before she could no longer stand unassisted.

Dr. Benacerraf was a pioneer not only for women’s health but also for women’s careers in medicine. She was the first married woman to serve as a BWH surgical intern (1976), and she served as a role model and counselor for many younger women striving to achieve clinical and academic prominence while maintaining balance with family life.

Her husband of 47 years, Peter Libby, MD, a cardiovascular specialist and former chief of Cardiovascular Medicine, stated that during their decades of clinical leadership, “Beryl hosted with me so many activities for the Cardiovascular Division with grace and the elegance of her French upbringing, no matter how busy she was with her own career. She somehow found time to do it all, including being a terrific mom and grandmother and my wonderful life partner.”

Beyond her brilliance and tremendous accomplishments, she is remembered for her kindness and warmth.

“She was more than a great colleague,” said Benson. “She was also a terrific friend, and she will be greatly missed.”

Dr. Benacerraf is survived by her husband, Dr. Libby, their two children, Brigitte and Oliver, and three grandchildren, Vivian, Lucie and Brady.

One Response to “In Memoriam: Beryl Benacerraf, MD, Departments of Radiology and of Obstetrics and Gynecology”