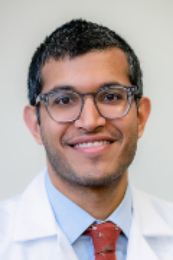 In 2015, Roshan Sethi, MD, of the Department of Radiation Oncology, joined film writer Hayley Schore in writing a screenplay inspired by the Jane Collective — a network established in Chicago during the late 1960s to help women access abortions at a time when the procedure was outlawed and stigmatized in much of the United States. At the time, industry insiders told them the film would never be produced by a major studio.

“Hollywood had an unofficial policy of not really mentioning abortion in movies and TV shows,” recalled Sethi, who divides his time between caring for patients at the Brigham and working in film and television.

Sethi and Schore still moved ahead, deciding to co-write the fictionalized story on spec, meaning it had no promise of funding. It was eventually picked up by Roadside Attractions, a popular independent film house.

Much has changed since then — most notably the Supreme Court’s ruling this June on Dobbs v. Jackson, which overturned decades of federally protected abortion rights made possible by the court’s landmark 1973 Roe v. Wade ruling and sparked worldwide discussions about abortion care.

“It sometimes feels like art can do nothing, and it sometimes feels like it matters intensely,” he said. “I think that this unspoken Hollywood policy, in some ways, has contributed to the situation we’re in now by cloaking the topic of abortion in secrecy and falsely portraying it as shameful.”

Sethi noted that a larger number of films and television shows openly discussing abortions have been made in Hollywood since 2016, a shift he hopes will yield positive social impacts.

When he began working on Call Jane, Sethi did not anticipate that the Supreme Court would overturn Roe v. Wade. However, in an interview with Sethi and Schore, Judith Arcana, one of the original “Janes,” warned that the overturn of Roe v. Wade was imminent, having observed efforts to restrict abortion access over the years. People, particularly women of color, have continued to face barriers to abortion access since long before the Dobbs V. Jackson decision. The Janes are part of a storied history of community organizing to provide access to abortion and resist its regulation.

“I really wish the film weren’t so relevant to our time,” said Sethi.

Sethi felt inspired by Arcana and the other Janes. Their story gave him hope and drew him to work with Schore on the Call Jane project.

“It just felt like a really incredible story in that when the Janes were completely disempowered, they armed themselves with the tools of science and medicine and did what they could to save lives,” said Sethi.

A Career of Art & Science 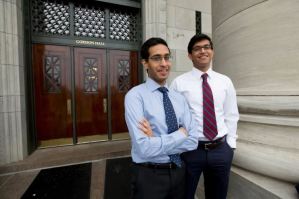 Roshan Sethi (right) with his fraternal twin, Rosh. Both trained at the Brigham together and continue to practice here today.

Sethi’s love of storytelling calls him to write films and TV. He has always loved writing and originally wanted to be a novelist. His previous projects include the romantic comedy film 7 Days, co-written by Karan Soni, and the television drama The Resident, co-written by many writers, including Hayley Schore. The show told the story of doctors navigating a hospital residency program — an experience very familiar to Sethi.

In addition to his writing career, Sethi works as a radiation oncologist at the Brigham, inspired to work in oncology by a family experience with cancer. Sethi’s mother was also a doctor, whose medical work fascinated him and his twin brother from a young age. While Sethi has no experience in reproductive health or medicine, his medical background did help him when he and Schore conducted research for the Call Jane film, and some of the experts who were consulted during the writing are physicians at the Brigham.

Although his lives in medicine and writing are often worlds apart, Sethi says they share a common root.

“I do think they both require the practice of empathy,” he said. “When writing, you try to imagine yourself inside someone’s personality and character, and in medicine, you have to try to understand the people you care for in order to really help them.”