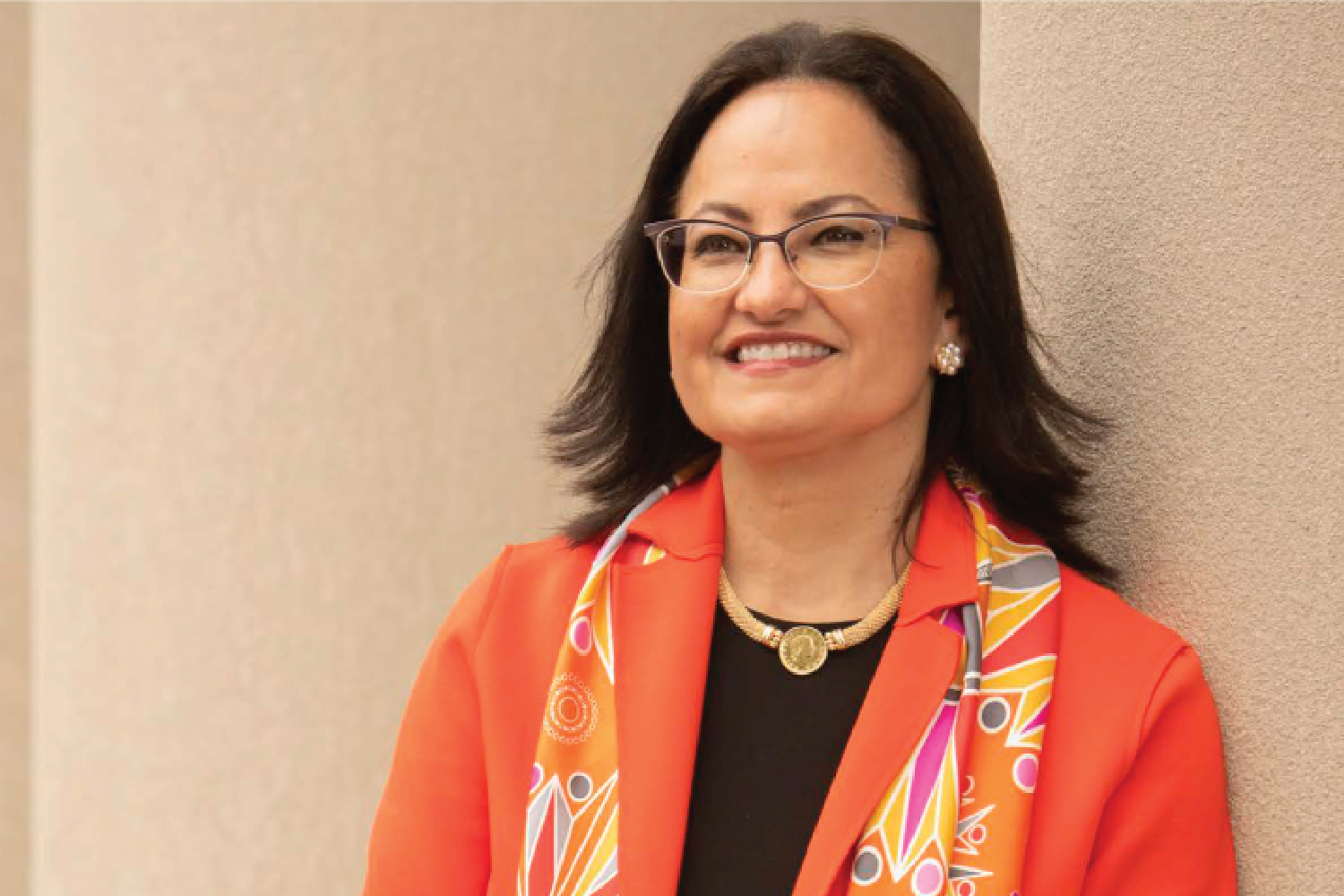 “Just as the river flows forward, you can’t go back,” says Nawal Nour, on living without regrets and accepting the winding journey her career has taken.

Nawal Nour, MD, MPH, sees her life reflected in rivers. Even through unexpected twists and turns, currents perpetually push the water forward. Her career has adopted a similar momentum — pressing ahead, branching out and flowing into new territories with continued purpose.

Nour, chair of the Brigham’s Department of Obstetrics and Gynecology, knows something about rivers.

As a young girl growing up in Sudan, she regularly played along the banks of the Nile River with her three siblings. The southern region of the Nile consists of two branches that meet in Khartoum, the capital of Sudan and Nour’s hometown. And it was in Khartoum where Nour would discover the first branch of her professional interests after reading The Hidden Face of Eve by Nawal El Saadawi, an Egyptian psychiatrist and feminist who wrote about and fiercely challenged the practice of female genital cutting.

“She became one of my role models,” said Nour, who has made it her life’s work to end female genital cutting and to care for women who have experienced it. “I loved her advocacy. I loved that she was outspoken. I loved how she was in the midst of a country where women were not supposed to speak up, and certainly not supposed to speak up about external genitalia — such a taboo subject — and that she had the guts and grit to do so.”

Nour reflected on the immense influence El Saadawi’s 1977 text had on her, among other experiences that shaped her career in women’s health and academic medicine, in the opening of her keynote address, “From the Nile to the Charles River,” during the 2022 Women in Medicine and Science Symposium.

The annual event, now in its 11th year, highlights the achievements of women faculty and trainees at Brigham and Women’s Hospital and Massachusetts General Hospital (MGH). This year, the event was a collaborative effort co-hosted by the Offices for Women’s Careers at the Brigham and MGH.

Throughout her remarks, Nour returned regularly to the metaphor of rivers as she traced the winding path of her career and what she has learned along the way — including the value of taking risks and embracing uncertainty.

“It’s about the journey. Just as the river flows forward, you can’t go back,” she said. “It’s not helpful to be regretful, but it is helpful to learn from your lessons.”

‘So Much More to Learn and Do’

As an undergraduate at Brown University, Nour discovered another passion: public health. She pursued an opportunity to work in a refugee camp, found a mentor in women’s rights, abandoned her pre-med track for a degree in development studies and international relations, and ultimately landed a job with the United Nations’ Division for Women in Development.

While the work was fulfilling, she eventually longed to go back to medicine. She was accepted into Harvard Medical School and made her home near a new river, the Charles.

“Be comfortable with uncertainty. It truly cultivates creativity,” she said. “Some people might say, ‘Oh, gosh, if you’d only stuck with being pre-med, you could have been in med school two years earlier.’ No. Those were really valuable times for me because they made me think, what’s next?”

Like the Nile, Nour said, the two branches in her life would converge in the work she did at the Brigham. In 1999, she founded the African Women’s Health Center, whose mission is to improve the health of refugee and immigrant women who have undergone female genital cutting. It provides access, understanding and community to women who have long-term complications from this tradition and who seek reproductive health care.

That same year, Nour also became the Brigham’s director of Ambulatory Obstetrics and Gynecology, a role she held for nearly two decades until she was named chief diversity and inclusion officer for Faculty, Trainees and Students in 2018.

Nour acknowledged she was initially reluctant to accept the role of chief diversity and inclusion officer, fearing it would take her away from her love of patient care. But she decided to follow her own advice and find an opportunity for growth amid uncharted waters.

“I honestly, transparently and genuinely had a lot to learn. I had spent my world in public health, global health and teaching residents how to do cervical exams, deliver a baby and perform C-sections and hysterectomies,” she said. “Diversity, equity and inclusion were not part of my education. It wasn’t my background, but I learned a lot.”

Her appointment as chair of Obstetrics and Gynecology in October 2020 — becoming the first Black department chair and the first woman to lead OB-GYN at the Brigham — marked another significant change.

“Some rivers have waterfalls. Some are very rapid, slow down in certain areas and then meander. But as you get closer and closer to the bigger body of water, whether it’s the Mediterranean Sea or the Boston Harbor, the water slows down and spreads out,” Nour said. “As our careers progress, our expertise expands. I feel that I’m in that expansive portion of my career, where it can be slower but there’s so much more to learn and do.”

In addition to pursuing passions and taking risks, Nour emphasized the importance for women in medicine and science to remain authentic and curious while forging relationships with mentors, sponsors and peers.

Turning back to the Nile, Nour also said the region holds another lesson — a contemporary one from the nearby Suez Canal. She recalled the 2021 incident involving the large container ship Ever Given, which ground international commerce to a halt when it became stuck in the Egyptian waterway.

After humans failed to extricate ship, nature prevailed. A full moon eventually raised the tides, dislodging Ever Given and enabling it to continue its journey.

“There are times in your career where high winds are going to shift you, and you’re going to get stuck. I’ve had that happen to me so many times, and I felt like I was not moving anywhere. I had to ask, what’s next for me? Is this what I really want to do? What else should I learn?” she said. “Just know for sure that you are going to be unstuck. If you can sit through that uncomfortable situation, know that the moon is going to rise, and the sun will come out again.”