On Aug. 4, the Biden administration declared the monkeypox outbreak that started in May 2022 a national emergency. Hospital Epidemiologist Michael Klompas, MD, MPH, recently spoke with Brigham Bulletin about what we’ve learned so far.

More general information about monkeypox is available in this FAQ, compiled by infectious diseases experts across Mass General Brigham.

How significant is this outbreak? 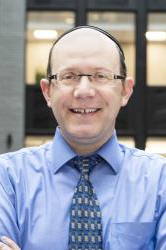 MK: We’re now in the midst of the largest outbreak of monkeypox ever. There’s large and growing number of cases both nationally and internationally — over 12,000 U.S. cases and over 30,000 cases worldwide in at least 81 countries. Historically, monkeypox was a disease that was concentrated in Western and Central Africa, but the vast majority of cases we see now are occurring in other parts of the world. The current hotspots are the United States, which has the most cases in the world, and various countries in Europe, particularly Spain, the United Kingdom and France.

This isn’t the first time we’ve seen monkeypox in the U.S. How is this outbreak different from the last one we saw in this country?

MK: In 2003, pet importers brought Gambian pouched rats from Central Africa to a pet distribution warehouse in the Midwest. While there, those rats infected some prairie dogs with monkeypox. Those prairie dogs were then sold as exotic pets to people around the United States and ended up passing on monkeypox to some of their pet owners — classically, through a bite or a scratch, sometimes through close cuddling or cage cleaning. It ended up causing about 70 cases across the country.

There have been two additional cases in the U.S. since 2003 and before the current outbreak. Both were in travelers from Nigeria and both were diagnosed in 2021: one in Maryland and one in Texas. What is striking about these cases is that these travelers had hundreds of contacts — all the passengers in the airplane, household members, people they interacted with in the medical system — and there were no cases of transmission from those travelers to others. That’s worth keeping in mind because it gives us insight into the very limited risk of monkeypox transmission from casual or passing encounters.

MK: The good news is that the prognosis is very good. Out of the 30,000-plus cases that have been reported outside of Africa in the current outbreak, there have only been nine deaths reported thus far. I don’t want to minimize those deaths — each one is a tragedy — but from a population-level point of view, the risk is very low.

The hospitalization rate appears to be about 3 percent. Most people who require hospitalization for monkeypox are admitted for pain control or because of bacterial superinfection at the site of the monkeypox lesions. Fortunately, we do have a good treatment — a medication called tecovirimat, also known by the brand name TPOXX. This medication has an interesting history because it was developed as a biodefense strategy against smallpox, which is in the same family as monkeypox. It turns out this treatment is effective against monkeypox as well.

Nonetheless, while the vast majority of people with monkeypox do not get sick enough to require hospitalization, it can still be a very unpleasant experience. Some of the lesions, especially those on the genitalia or rectum, can be very painful, and people can have systemic symptoms that leave them feeling pretty lousy. These can include fever, swollen glands, fatigue, muscle aches, headache and sore throat. These additional symptoms might not all be present, nor all at the same time, and which one appears first varies from person to person.

How is it spread?

MK: Most transmission appears to be through close skin-to-skin contact with infected lesions, such as through rubbing or a scratch. The monkeypox consists of fluid-filled bumps that are packed with virus. They evolve over time and ultimately scab, but throughout their evolution they contain a lot of virus. Direct contact with these lesions is believed to account for most transmissions. Once the virus enters the body of a contact, it can spread to other parts of the body.

Does that mean we should be worried about catching monkeypox by touching surfaces in places like the grocery store, the gym or on public transportation?

MK: The Centers for Disease Control and Prevention (CDC) just published a summary of the first 1,195 cases in the U.S., and there are several insights from this and similar case series from Europe that suggest that, no, the risk of transmission in these kinds of casual contexts is exceedingly low.

First, 99 percent of the people who have been diagnosed with monkeypox are men. To some degree, that might reflect bias in who is getting tested because anyone can get monkeypox, but we’re seeing the same pattern in Europe, which has been dealing with the current monkeypox outbreak for longer than us and where testing has been more broadly available in some jurisdictions. Additionally, the majority of cases have been seen in younger men, and 94 percent of the U.S. cases studied involved men who had sexual or close, intimate contact with another man in the three weeks before their illness began. The other big clue is that half or more of people diagnosed with monkeypox during the current outbreak note that their lesions first appeared on their genitalia or buttocks. Putting those factors together, we can intuit that most transmission is now taking place through sexual or intimate contact.

This fits with the general infectious disease principle that there’s a good correlation between quantity of virus and risk of transmission. We know from studies quantifying the amount of monkeypox virus in different parts of the body that the highest amount of virus is found in skin lesions (more so than in the throat, blood, urine, feces, etc.). Patients with monkeypox can shed virus into the environment, but typically the amount is small — below the level required to be able to infect cells. The rare exception to this is surfaces with heavy exposure to skin lesions, such as patients’ linens.

What this all says to me is that your risk of getting monkeypox from a passing encounter or by touching a random surface in a store or restaurant is close to nothing. If this were a highly contagious disease that you could get by, say, sitting on a bus, going to a restaurant or shopping in a supermarket, we would expect to see many, many more cases in women and children. That said, if you live with someone who has known monkeypox, where there is more opportunity for close contact and for sustained and repeated virus shedding on high-touch surfaces, you should be cautious about washing your hands, cleaning surfaces, avoiding close contact and not sharing food, utensils, bed linens or towels. You should also wear a mask and try to optimize ventilation in shared spaces.

Are there unique risks for health care workers?

MK: Historically, there was only one documented case of a health care worker infected by a patient outside of Africa. It was in someone who changed the linens on a hospital bed occupied by someone with monkeypox. The speculation is that in the course of shaking out the bed linens, some of the virus got into the air and they inhaled it, leading to an infection.

Given the mechanisms of transmission of monkeypox, MGB is following CDC guidance and recommending that health care workers wear gloves, gown, N95 respirator and eye protection whenever they manage a patient with possible or confirmed monkeypox.