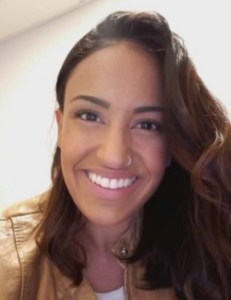 Brigham and Women’s Hospital mourns the loss of Sunni Reis, BSN, RN, a nurse in the Emergency Department (ED), who passed away June 7. She was 37.

Ms. Reis joined the ED team in 2019, working mostly on nights. She is remembered by her colleagues for her kindness and dedication to her patients.

Jenna Collentro, BSN, RN, who served as Ms. Reis’ preceptor, spoke of her ability to remain calm during challenging situations.

“Sunni was a gift to this department, and I knew when I met her that she would do incredible work at the Brigham,” Collentro said. “She caught on fast, always kept her cool, provided excellent care and connected with people.”

Collentro described Ms. Reis as “bright, intellectually and spiritually — a real empath,” adding that “her energy was contagious, her laugh infectious and her light always visible.”

Jeanine Coggswell, BSN, RN, an experienced nurse, recalled the support that Ms. Reis provided to her when she transferred to the ED. “I was feeling overwhelmed and doubted my ability to be successful,” Coggswell said.

But when she began working alongside Ms. Reis, something shifted for Coggswell. “Sunni’s genuine character, her infectious smile, her unpretentious no-nonsense attitude, her humor, her commitment to her patients, her overwhelming pride and fierce love for her children created an energy about her that somehow put me at ease and fueled my flickering confidence,” Coggswell said. “For the first time, I started to actually feel like I was going to be OK and successful in the ED.”

Other colleagues described similar experiences in working with Ms. Reis. “Sunni became one of my first and closest friends when I started in the ED in 2020,” said Stephanie Santos, BSN, RN. “We realized that we lived a few minutes from each other, started carpooling together and quickly connected on a level that made us feel as if we knew each other for a lifetime. We wouldn’t have a second of silence during our hour or more drive to and from work, talking about anything and everything under the sun.”

Santos shared that she counted on Ms. Reis for advice, both inside and outside of work. “She always made the time to ask how you’re doing and did so in a genuine and caring way,” Santos said.

Ms. Reis was a devoted mother to her son and daughter, speaking of them often and with great pride. “She loved her babies and was so proud of her son and devoted to her sweetheart, ‘mini me,’ beautiful daughter,” said Collentro.

Santos agreed. “I often told Sunni that she was a ‘super mom’ after her numerous displays of dedication and love for them,” she said. “She will be sorely missed, and her smile and laugh will always remain with us.”

Ms. Reis earned her bachelor’s in nursing from Bristol Community College in 2010 and worked in emergency departments at several other hospitals before joining the Brigham ED.