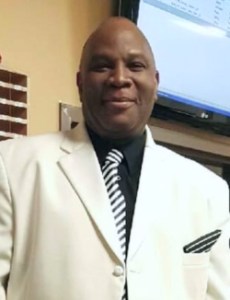 Brigham and Women’s Hospital mourns the loss of Donald Jocelyn, an equipment transporter in Central Transport and Equipment Services, who died of a sudden illness on July 1. He was 60.

A member of the Brigham community for approximately 20 years, Mr. Jocelyn was responsible for maintaining the supply of wheelchairs available in the hospital’s three main lobbies and for discharges on CWN 9 and 10.

Colleagues remembered Mr. Jocelyn for his steadfast commitment to ensuring patients always had access to the equipment they needed to safely and comfortably navigate the hospital.

“Donald was a fixture here at BWH, and although not everyone knew his name, they knew he was the man ‘behind the wheelchairs.’ You often saw him on the Pike pushing about five wheelchairs at once and knew he was on a mission to get them to where they were needed,” said Claire Zaya, nursing director for Postpartum and the OB Float Pool. “I would jokingly tell people that if they saw him on the Pike with wheelchairs to make sure they let him pass, since he was probably on his way to CWN and we needed them for discharge.”

Natasha Jimenez, a patient escort in Central Transport Services, said Mr. Jocelyn took great pride in his work and approached it with a strong sense of purpose.

“He was such a happy person and felt good knowing he was making a difference,” she said. “When a transporter couldn’t find a certain type of wheelchair, all I had to do was call Donald. He was one of a kind and will be truly missed.”

Germaine Dorfeuille, a Central Transport supervisor and longtime friend and colleague of Mr. Jocelyn, remembered the joy he brought to so many people.

“Donald was always making everybody laugh. If you knew Donald, you were never sad,” she said. “He loved the Brigham and being around people here. He used to say he didn’t need a vacation because he liked to come to his job.”

When his help was needed, Mr. Jocelyn was an unstoppable force, colleagues said.

“He was a ball of caffeine. He had a tremendous work ethic,” said Erlande Jean-Louis, senior manager of Central Equipment Services. “You could not miss him — he’d have four wheelchairs lined up in front of him on his way to replenish the lobbies. He was not a tall person, but his energy made him seem bigger than he was.”

Staff on CWN 9 and 10 were grateful to have such an enthusiastic and dedicated colleague supporting them, Zaya added.

“CWN has special discharge carts and they always seem hard to find, especially on the days we have a lot of discharges. Donald was always so responsive with locating them and getting them up to the units,” Zaya said. “Staff knew the days he was not here because we would not have as many available. Donald always had a smile on his face and was humble with accepting our appreciation. His presence will be missed.”

Although his main duties involved equipment, Mr. Jocelyn occasionally assisted with patient transports as needed. In those moments, his characteristic kindness and charm provided comfort to whoever was in his care, Jean-Louis added.

“He treated patients as if they were his own family members,” she said. “He cared. He didn’t forget he worked at a hospital and carried a sense of urgency for what he did.”

Mr. Jocelyn is survived by his niece, Tatiana Roc, and many friends and loved ones.