On Friday, June 24, 2022, the U.S. Supreme Court delivered a decision in Dobbs v. Jackson that overturned decades of federally protected abortion rights made possible by the court’s landmark 1973 Roe v. Wade ruling. As a result of this decision, federal protection of abortion rights is effectively eliminated. This ruling leaves it to the states to decide whether abortion should be permitted, and to what extent.

In Massachusetts, state law secures a patient’s right to an abortion for any reason through 24 weeks of pregnancy. The Supreme Court’s decision does not alter this protection in Massachusetts, nor the Brigham’s longstanding commitment to providing high-quality care to pregnant patients, which dates to 1832 with the opening of the Boston Lying-In Hospital.

In response to this historic change in women’s health, Brigham Bulletin spoke with four Brigham OB-GYNs and abortion care experts about the various outcomes they foresee as a result of the Supreme Court’s decision. 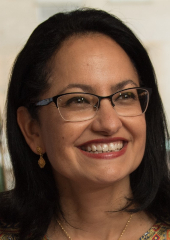 What’s your reaction to this ruling?

“I am deeply disappointed in the Supreme Court’s decision in Dobbs v. Jackson that has now eliminated federally protected abortion rights; however, I am not surprised. We’ve seen state legislatures propose over 500 laws in 2022 alone that would restrict abortion access. Those of us in the Obstetrics-Gynecology community have been bracing for this day ever since oral arguments were heard in December 2021, and now it has arrived.

This decision goes against reproductive justice, one of the basic principles that leads equitable gynecologic and obstetric care, and it also goes against our mission here at Brigham and Women’s Hospital, which is to maintain and restore health through leadership in compassionate care, scientific discovery and education. There is nothing compassionate about denying a pregnant person’s fundamental right to bodily autonomy, which includes choosing to have an abortion.

While we are fortunate that our Massachusetts Legislature passed the ROE Act, which explicitly makes abortion rights a state law and expands those rights to people ages 16 and 17, there are at least 20 states where abortion will be severely restricted if not outright banned because of the Supreme Court’s decision. No one should have to leave their home state in order to access care, and this decision will place an increased burden on people of color, LGBTQIA and low-income persons.”

As a medical educator in abortion care, how do you expect this decision will shape the training landscape for the next generation of providers, both here at the Brigham and beyond?

“As a medical student, I chose to specialize in OB-GYN very deliberately so I could provide abortion care to patients who needed those services.  When I was a student in the 1990s, the average age of abortion providers was in the mid-60s; most U.S. abortion doctors at that time had lived and worked in the pre-Roe era, and they saw the morbid realities of unsafe, illegal, desperate abortion. My desire to pick up the torch and contribute to training the next generation of abortion providers was actualized with the help of the Ryan Residency Training Program in Family Planning and the Fellowship in Complex Family Planning. Situated in nearly 100 academic medical centers throughout the country, these two training programs have trained thousands of OB-GYN residents and fellows over the last three decades — stabilizing the abortion workforce and providing greater geographical reach for patients.

In Massachusetts, we are fortunate to have abortion protections, and abortion services will remain available in our state. We have created robust curricula that has improved abortion understanding and sympathy among all medical students, not just those going into OB-GYN. Residents are trained in and support both first- and second-trimester abortion care. Moreover, our student, resident and fellow training programs will continue to provide education in full-scope abortion care. In addition to serving Massachusetts residents, we anticipate that some patients will travel to BWH from abortion-hostile states, which may increase our clinical volume and capacity for training.

However, many academic hospitals are facing a different, harsh reality.  Of the 286 accredited OB-GYN residencies, a 2022 study found that 44.8 percent are located in states that are certain or likely to ban abortions without the federal protection of Roe. Abortion training is a required component of OB-GYN residency training for accreditation, and thus students, residents and fellows will have to follow the same migration patterns of patients and seek out-of-state training opportunities. This will be costly and burdensome. This may also be completely unfeasible as abortion services in the remaining 24 abortion-providing states become profoundly overburdened and may not have the bandwidth to train additional residents and fellows. Thus, I fear that we will return to the situation of the 1970s, ’80s, and ’90s, with a small number of trained providers shouldering the provision of safe abortion care for generations to come.”

What consequences can we expect this ruling to have on other aspects of women’s health care in states where abortions become severely restricted or wholly unavailable?

“Severely restricted access to abortion care is likely to contribute to an increase in maternal mortality in the United States through an increase in unsafe abortion and continuation of unwanted pregnancies, particularly in populations already at highest risk of experiencing severe maternal morbidity and mortality in the U.S. Approximately 5 percent to 15 percent of maternal deaths worldwide are due to unsafe abortion. While in recent years this has not been a leading cause of maternal death in the U.S, it might begin to rise as it has in countries where abortion is illegal.

The alternative of continuing a pregnancy is not without potentially serious risks. We know that the U.S., unfortunately, has the highest maternal mortality ratio as compared to other high-income countries. We also know there are significant inequities in maternal death in the U.S. because of racism, geography and many other factors. For example, Black and Indigenous women and women residing in rural communities are much more likely to die during pregnancy, childbirth or the postpartum period. These are the same communities that are likely to be disproportionately affected by restrictive abortion laws. In addition to the potential physical harms of continuing an unwanted pregnancy, so too are there mental and emotional harms, and an impact on the social and economic well-being of the pregnant person and their family for years to come.

Restrictive abortion laws are also likely to go hand in hand with other laws that restrict access to critical components of sexual and reproductive health care, creating an environment in this country that is dismissive of, or even hostile toward, the health care needs of women and pregnant people. Closures of clinics that provide abortion services will simultaneously reduce these communities’ access to other sexual and reproductive health services previously provided (e.g., contraception care, sexually transmitted illness testing and treatment, etc.). In this way, severely restricting abortion access may also indirectly contribute to maternal mortality by creating a culture and environment that further de-centers and diminishes the needs of women and pregnant people.” 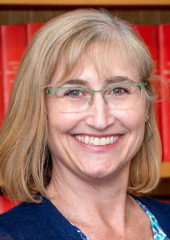 How will the reversal of Roe v. Wade become a health equity issue?

“Abortion is already a health equity issue, but the reversal of Roe v. Wade will dramatically exacerbate existing inequities. Black, Indigenous and people of color (BIPOC) as well as poor and low-income individuals have higher rates of unintended pregnancy than their white and wealthier counterparts and are similarly overrepresented among people seeking abortion.

Abortion is an exceedingly safe procedure and carries a lower risk of death than dental procedures and colonoscopies. However, we know from the era in the U.S. before Roe and from countries where abortion is illegal that the criminalization of abortion makes it less safe. In settings where abortion is illegal or highly restricted and inaccessible, people seeking abortion who have money and resources will travel to obtain a safe, legal abortion. Those who are without resources and unable to travel — disproportionately BIPOC, low-income and young — will be forced to either self-source an abortion or carry their pregnancies to term. Some people self-sourcing an abortion will be able to obtain a safe but illegal abortion with pills, while others will try less-safe or less-effective methods.

Research shows that those forced to carry undesired pregnancies to term are at least 14 times more likely to die due to childbirth complications than had they received early abortion care. A 2021 study found that if all abortions in the United States were to stop, 21 percent more people would die from pregnancy complications, and 33 percent more non-Hispanic Black people would die.

Beyond exacerbating the existing inequities in maternal morbidity and mortality, the reversal of Roe and inability to access abortion will also worsen socioeconomic inequities and other social determinants of health. One large study that followed more than 1,000 women for five years after being denied an abortion found that those denied were more likely to fall below the federal poverty level, struggle to make ends meet and be evicted from their home.

Women’s health and lives will be universally harmed by the reversal of Roe, and a disproportionate share of the harm will be shouldered by those who are already marginalized.”

One Response to “Brigham OB-GYNs Reflect on What Dobbs v. Jackson Means for the Future of Abortion Care and Women’s Health”