David Louis, MD, assumed the role of chair of the Department of Pathology at Brigham and Women’s Hospital on March 1. 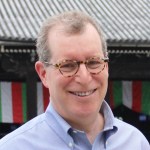 In his new role, Louis will work alongside clinical and administrative leadership across Mass General Brigham to coordinate and integrate pathology practice and clinical laboratory services.

“David is a generous and committed leader that has dedicated his career to advancing and modernizing the pathology field. Under his leadership, we will improve our patients’ experiences by ensuring the highest quality interpretation of laboratory results; standardizing reporting and establishing a seamless connection to the electronic medical record and an enriched Patient Gateway experience; and facilitating the interchangeability of results across all our sites that deliver care,” wrote Brigham President and Mass General Brigham Executive Vice President Robert Higgins, MD, MSHA, and Brigham and Women’s Physicians Organization (BWPO) President Giles Boland, MD, in a message to all staff announcing the appointment.

As a physician and researcher, Louis is a renowned leader in neuropathology and molecular diagnostic pathology. He earned his medical degree from Stony Brook University and, after training in internal medicine at Albany Medical Center, completed his residency, pathology fellowship and post-doctoral training at MGH.

As the current pathologist-in-chief at MGH, he is a pioneer in the field of computational pathology and led the department to become a national leader in molecular diagnostics and pathology informatics. Louis is the Benjamin Castleman Professor of Pathology at Harvard Medical School and his research, which focuses on applying molecular diagnostics to brain tumor classification, contributed to a worldwide adoption of molecular testing and management for patients with gliomas. Through this work, he’s spearheaded multiple international efforts to modernize and standardize brain tumor classification, including those of the World Health Organization for the past 15 years.

“I am excited to chair this storied department of Pathology, building on its remarkable strengths to carry it to the next phase in its history, now as part of an entire pathology and laboratory medicine enterprise that will surely be the very best in the country,” said Louis, reflecting on his new role.

Louis succeeds Jon Aster, MD, PhD, who served as interim chair of the Department of Pathology over the past year, providing critical leadership and support during this transitional time. Aster has been appointed deputy chair at Brigham and Women’s Hospital, and A. John Iafrate, MD, PhD, has been appointed to the role at Massachusetts General Hospital.

Together, the expertise and passion of Louis, Aster and Iafrate will help support, guide and advance the MGBELS as they work toward becoming the most effective and innovative clinical laboratory system in the country.