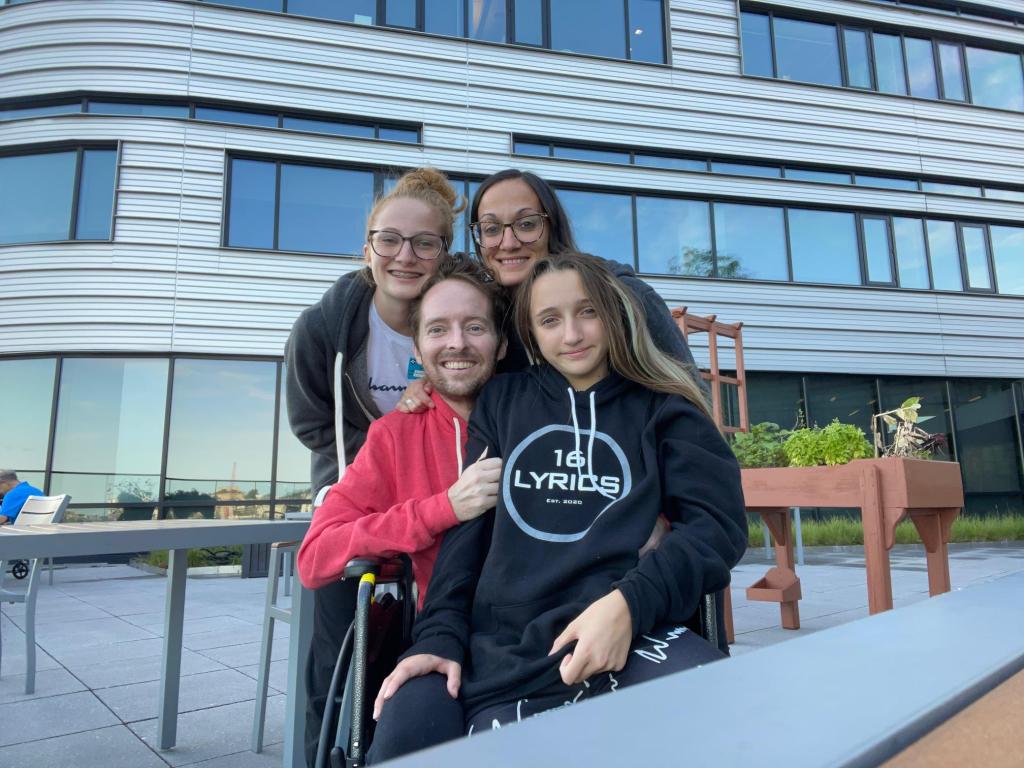 On Saturday, July 24—a day many refer to as “the nicest of the summer”—Timmy Allen, Birchland Park’s Middle School principal, was happily vacationing on Cape Cod with his family. He had just returned from a morning jog on the beach when he began to feel pain in his chest. Chalking it up to heartburn, Allen insisted he was okay, despite his face growing progressively paler.

“I assumed something was wrong with my appendix. I had always been told my cholesterol was great, and that I have the heart of a runner,” said Allen.

Out of caution, Allen asked that his daughter go to their neighbor’s house and tell them he needed to go to the emergency room. His neighbor and longtime friend picked him up, driving roughly 100 yards before Allen’s heart attack began. Recognizing Allen’s symptoms, his neighbor immediately began aggressive CPR.

Bystanders ran home to use their landlines to call 911, as there was no cell service. A nearby nurse soon relieved the neighbor, who continued compressions until the ambulance arrived.

Paramedics took Allen to Falmouth Hospital. However, upon arriving, staff immediately transferred him to Cape Cod Hospital. On a mere coincidence, a Brigham anesthesiologist, Dirk Valermann, MD, who occasionally worked at the local hospital during the summer months, happened to be across the street eating lunch. Valermann quickly returned to work and sedated Allen, so a cardiologist could insert a stent to open his artery.

Even with this procedure, it soon became clear that they did not possess the equipment and expertise needed to save Allen’s life. He needed to go to Boston.

Arriving at the Brigham 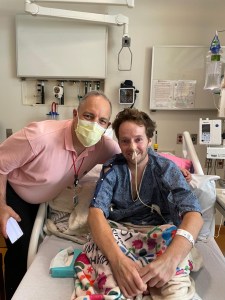 Allen was immediately airlifted to the Brigham, where he would remain for 40 nights. After landing, doctors quickly decided Allen needed to go on ECMO, a form of life support for patients facing respiratory failure. Doing this, however, required his family’s consent and Allen’s family could not be found.

Katherine Keast, a nurse in Shapiro 9 East, the medical cardiac ICU, urgently began assisting her coworkers with searching for the family. She asked staff for their phone numbers and called their hotel, looking to speak with them in any way she could.

“I finally reached out to a security guard because we knew the hotel they were staying at,” said Keast. “I explained the story to him and said we are so desperate to find this family. He ran to the hotel in the middle of the night to find them.”

As it turns out, Allen’s family had no cell service in their hotel that night and woke up to a slew of missed calls, certain they awaited bad news. Doctors, however, were able to arrange for emergency consent to place Allen on ECMO.

Even after being placed on ECMO, Allen took several more turns for the worst before beginning his recovery. Each time Allen developed a new complication, his nurses ramped up care, doing everything in their power to support him and his family.

“We played calming music. We asked the family what his favorite show was. We tried to create as therapeutic of an environment as possible, said Keast. “It was truly a blood, sweat and tears situation.”

Allen’s wife, parents, sister and brother-in law spent many long nights in the Brigham waiting room, anxiously awaiting updates from his care team. During this time, they bonded deeply with Brigham staff, communicating with Allen’s nurses through drawings on a whiteboard in his hospital room, and forming close relationships with floor personnel.

“There were so many people at the Brigham who mean so much to my family,” said Allen. “There’s a receptionist named Yvonne, and she is someone who my whole family fell in love with. Every day when they were coming to see me, she would give them all a fist bump. And that attention from Yvonne mattered a lot.”

While Allen remained unresponsive, his physicians and nurses worked around the clock, keeping his family in the loop every step of the way.

“If I learned anything about doctors from this experience, it’s that half their job is being brilliant providers,” said Allen. “But then the other half is communicating in a way that’s helpful. Dr. Edelman was such a good communicator with my family. He was realistic and honest, but also optimistic, loving and empathetic. The impact he had on my family was truly amazing.”

After a tumultuous few weeks, things started looking up. Allen was finally getting better.

“When we got to extubate him, I called the family and told them that even though it was after hours, we’d made a special disposition and two of them could come see him,” said Keast. “It was such an emotional moment.”

A Renewed Faith in Medicine

Allen attributes a large part of his recovery to the care he received from Brigham’s clinical and support staff. Without the care of physicians, like James Kirshenbaum, MD, who expressed his honor to take Allen on as a regular patient after recovering from his heart attack, Allen doesn’t believe he’d be where he is today.

Allen and his family are not the only ones moved by his incredible recovery. Keast shared how his case transformed her and her colleagues’ perceptions of medicine, restoring their passion for their jobs.

“On the heels of the last two years, this story really renewed all of our faith in medicine. We were burnt out from the pandemic, and Tim restored our faith in what we do here.”

Upon reflecting on Allen’s case, Keast spoke to how Brigham clinicians make care like this happen.

“Collaborative care is something that is hugely important at the Brigham, and something I’ve seen in my 18 years working here. I started here making less than minimum wage as a volunteer and worked my way up to the bedside. From every aspect, I’ve always seen that collaborative care. People here really do care about every patient who walks through the door.”

One Response to “A Medical Miracle: Timmy Allen’s 40-night Journey in the Brigham’s ICU”