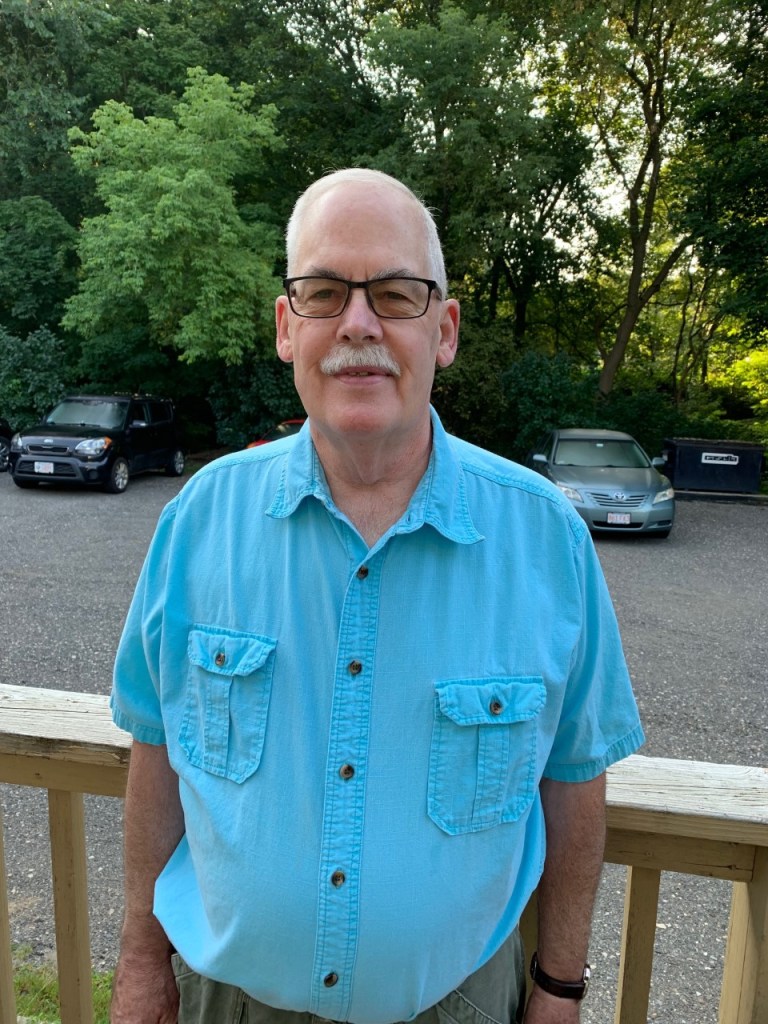 Last summer, 73-year-old David Clark passed through the doors of Brigham and Women’s Hospital in a wheelchair. The use of a mobility device was relatively new to him — and necessitated by the debilitating back pain he had been living with for the past year due to a condition called spinal stenosis, which causes the spinal canal to narrow and puts pressure on nerves in the lower back.

Clark was determined to do whatever was necessary to feel better and walk again. A few months later, he would achieve exactly that on the day he was discharged from the hospital.

His path to healing started when he met with Michael W. Groff, MD, vice chair of Neurosurgery, director of the Spinal Neurosurgery Program and co-director of the Brigham Comprehensive Spine Center, to discuss the option of lumbar fusion spine surgery — a procedure considered high-risk due to Clark’s history of heart disease.

Today, almost entirely pain-free and able to walk again, Clark said he looks back at that initial conversation with gratitude and amazement toward the expertise he encountered at the Brigham.

“The difference the surgery made is like night and day,” said Clark. “I still have a little pain, but if I have this for the rest of my life, then I can live with that happily.”

Clark’s experience with spinal stenosis began two years ago with a mild soreness in both of his hips. Within a few weeks, the pain intensified and began to creep into his legs and lower back. Clark visited his primary care doctor, who referred him to a physical therapist. Still, the pain persisted, and Clark’s frustration grew.

“I’d go to the supermarket, and I’d have to lean on the cart,” said Clark. “Eventually, I couldn’t walk at all.”

The Power of Teamwork

Upon realizing the severity of Clark’s condition, Groff determined that lumbar fusion spine surgery was an appropriate option and scheduled the procedure for July 2020. As Clark and his family were preparing for his scheduled operation, COVID-19 continued to spread across the globe. Clark not only had to prepare himself for his recovery, but he also had to protect himself from the virus.

Unfortunately, a few weeks before the surgery, his procedure was postponed due to the pandemic. Clark used over-the-counter medication to try to manage the pain and went for long drives with his wife.

In the meantime, his care team became increasingly concerned about the fact that Clark had low ejection fraction, meaning a limited supply of blood pumped from his heart, a condition that had led him to undergo a heart ablation procedure and receive an implanted defibrillator at the Brigham in 2015.

To ensure they were proceeding with the utmost caution and care, Groff and his colleagues decided to postpone the procedure again while they reevaluated his case. Ultimately, with input from experts across multiple disciplines, the team developed a strategy to safely perform the surgery. 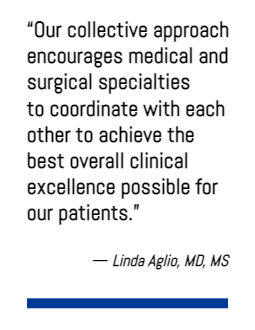 Although Groff said some institutions would have been reluctant to proceed with such a complex surgery, he strongly believed that the Brigham had the resources and expertise to move forward with confidence.

“We were able to get a very precise sense, not only of exactly what the issues were with respect to Mr. Clark’s heart function, but also a clear idea of what to do to address them and how he would respond to treatments that might become necessary during the procedure,” said Groff.

Groff said Clark’s experience is a testament to the multidisciplinary approach the Brigham prides itself in, drawing from experts in cardiology, neuro-anesthesia and spinal neurosurgery.

“We were pleased to check on all of Mr. Clark’s heart and vascular issues, make sure they were stable before surgery and be available throughout his procedure,” said Andrew Selwyn, MD, of the Division of Cardiovascular Medicine, a member of the surgical team. “The team approach for comprehensive care works very well.”

Linda Aglio, MD, MS, of the Department of Anesthesiology, Perioperative and Pain Medicine, who was closely involved in Clark’s surgery, echoed Selwyn’s sentiment.

“Our collective approach encourages medical and surgical specialties to coordinate with each other to achieve the best overall clinical excellence possible for our patients,” she said.

When the five-hour procedure was complete, Clark woke up weary but eager to begin the next chapter of his life. After four days in the hospital, Clark and his care team determined he was ready to go home. Despite some lingering soreness, he exited the hospital by walking through the doors of the Brigham on his own, his wife by his side.

In the following months, Clark participated in weekly physical therapy sessions to regain his physical strength, as well as cardiac rehab to protect his cardiovascular health — a strenuous but worthwhile practice, he said.

At the end of August, Clark and his wife of 22 years will move to Georgia to be near family. He looks forward to feeling the sun on his back as he strolls down the street, no longer hindered by the pain he once knew so intimately — but instead propelled by his own strength.