The Delta variant — a newer and more contagious version of the SARS-CoV-2 virus — made headlines this summer when it was found to be responsible for a cluster of COVID-19 cases originating in Provincetown over Fourth of July weekend. Public health officials have confirmed the Delta variant is now widely circulating throughout the U.S.; it’s behind a sharp increase in infections locally and nationally among unvaccinated people and even some vaccinated individuals.

Hospital Epidemiologist Michael Klompas, MD, MPH, recently spoke with the Brigham Bulletin about what we’ve learned so far about the Delta variant. 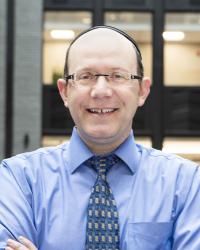 What’s the biggest concern with the Delta variant?

MK: The key thing about Delta is that it’s much more contagious compared to prior versions of this virus. To quantify that, we look at how many people on average someone with COVID infects.

With the original version of the virus that came out of Wuhan, China, each person infected two and a half people on average. The version that caused Europe’s first wave brought that up to about three people. Then the Alpha variant — which affected the United Kingdom this spring and hit Michigan pretty hard — infected an average of four to five people. Delta is even more contagious, infecting about five to eight people on average after exposure.

What makes Delta so contagious?

MK: Someone infected with Delta has much, much more virus inside their body compared to the prior variants. It’s simply far more successful at reproducing.

Every time someone infected with Delta exhales, they’re putting out that much more virus — maybe a thousand times as much compared to Alpha. More virus means that it will take more time and distance for the amount of virus to dissipate to safe levels and more potential for enough virus to get around a poorly fitted mask to cause infection.

How is Delta affecting our inpatient census at the Brigham?

MK: We’re seeing an increase, but we’re nowhere near the census we had back in March and April, nor what we experienced over the winter. It is also much, much lower compared to what we saw during the initial spring surge in 2020.

However, cases are still rising, and I think we are still in the early upward-swing phase of this Delta outbreak. So, we do expect our inpatient census to continue to gradually rise.

Does vaccination protect against Delta?

What we are learning about Delta is its capacity to generate very high viral loads gives it the opportunity to overwhelm the vaccine and cause infection, which can lead to a vaccinated person feeling pretty lousy for a couple of days. But it’s very unusual for a vaccinated person to require hospitalization or die from infection. This variant basically seeks out the unvaccinated population, which is where it is so successful at spreading.

Fortunately, we’re the second-most vaccinated state in the country, and I think this is why the rise of cases overall, and especially hospitalizations, in Massachusetts is not as severe as it is in other parts of the country. Still, one-third of our state’s population — and one-quarter of adults — are not yet fully vaccinated and thus especially susceptible to getting infected.

What did we learn from the Provincetown cluster?

MK: That outbreak is tied to at least a thousand cases so far, nearly all caused by Delta. The Massachusetts Department of Public Health published a nice analysis on about 450 of these cases, and what we learned is that 75 percent involved fully vaccinated people. Of that population, 80 percent developed symptoms. Four of those fully vaccinated people were hospitalized. Thankfully, nobody has died at this point.

In addition, we’ve learned that the viral burden in those vaccinated people is the same as it is in unvaccinated people, and it’s high — meaning that these individuals can transmit the virus to other people.

Are there differences in how Delta affects vaccinated and unvaccinated people?

What’s very important is that the serious symptoms — shortness of breath, hospitalization and death — are highly unusual in a vaccinated person.

Mass General Brigham recently updated its mask guidance for employees. Can you please summarize the changes?

MK: Yes, we no longer permit fully vaccinated employees who are less than 6 feet apart in non-clinical areas to remove their masks. All employees, regardless of vaccination status, must wear a mask (a) at all times in all clinical and public areas of the hospital, and (b) any time they’re within 6 feet of another person, even in non-clinical areas, including conference rooms, workrooms and breakrooms.

It’s a concerning time. There’s a lot of COVID right now in the U.S., and there’s a lot here in Massachusetts as well. Vaccinated people, unfortunately, are still susceptible. If you’re fully vaccinated, you’re very unlikely to get sick enough to be hospitalized or die, but you might have a bad flu-like illness for a couple of days, and you can transmit it to other people. Please be careful. Wear a well-fitting mask. Distance yourself. Make sure you have good ventilation in indoor spaces and avoid dense crowds.

20 Responses to “Q&A with Michael Klompas, MD, MPH: What You Need to Know About the Delta Variant”