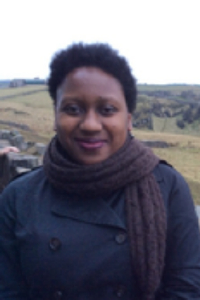 Brigham and Women’s Hospital mourns the loss of Paula Smith, a unit coordinator on Braunwald Tower 15, who died April 25 of brain cancer. She was 32.

Remembered for her gentle nature, artistic spirit and quiet brilliance, Ms. Smith made a lasting impression on the many patients, families and staff whom she encountered in her eight years at the Brigham, according to colleagues.

“Paula was an amazing soul. She saw the good in everyone and the goodness in any situation,” said her mother, Lelias Blake, BSN, RN, a Float Pool nurse. “Throughout her illness, she was steadfastly positive in the face of such an unrelenting and ravaging disease. Her ability to remain so composed and endure so much with such dignity will always be an inspiration to me.”

A trained writer, artist and illustrator, Ms. Smith routinely found ways to use her natural gifts to lift the spirits of her patients and colleagues. To help patients from other countries feel more at home, Ms. Smith would often draw a picture of their native country’s flag and bring it to their room. During the winter holidays, she illustrated colorful decorations for her unit. And when she learned that one of her patients loved cats, Ms. Smith sketched an image of a charming kitty and delivered it to the patient’s bedside, much to their delight.

Ms. Smith used her artistic talents outside of work as well. Before her death, she wrote, illustrated and self-published a children’s book, How to Hurry up Slowly, about a snail named Jasmine. She had an opportunity to hold the book in her hands a few days before she died, her mother recalled.

“She had the biggest smile on her face when she held it close to her chest,” Blake remembered.

As a unit coordinator, Ms. Smith was devoted to her work and ensuring the unit ran smoothly, said Aimee Davis, BSN, RN, a nurse on Braunwald Tower 15.

“She was always responsive, supportive and cheerful in working with the nurses. She had many capabilities and did this job to her fullest to support the rest of the team,” Davis said.

Underneath Ms. Smith’s quiet demeanor was a thoughtful heart, curious mind and clever wit that made her a cherished friend and colleague, Davis added.

“She was a very bright woman with so much creativity and rich life experiences,” Davis said. “If you took the time to chat with her, you’d quickly realize what a treasure she was.”

“The way Paula would listen and respond to you — she just had this soothing expression that put you at ease,” Trowers-Smith said. “I will miss her smile and that calm presence she had. She was a real sweetheart and truly like a daughter to me.”

Outside of work, Ms. Smith is also remembered for her adventurous nature and love of travel, having visited 14 countries in her lifetime. A Boston native and proud daughter of Jamaican immigrants, she graduated from the Noble and Greenough School and Wesleyan University.

In addition to her mother, Ms. Smith is survived by her father, Paul Smith; her brother, Randy Smith; her sister, Taylor Smith; and many aunts, uncles and cousins.