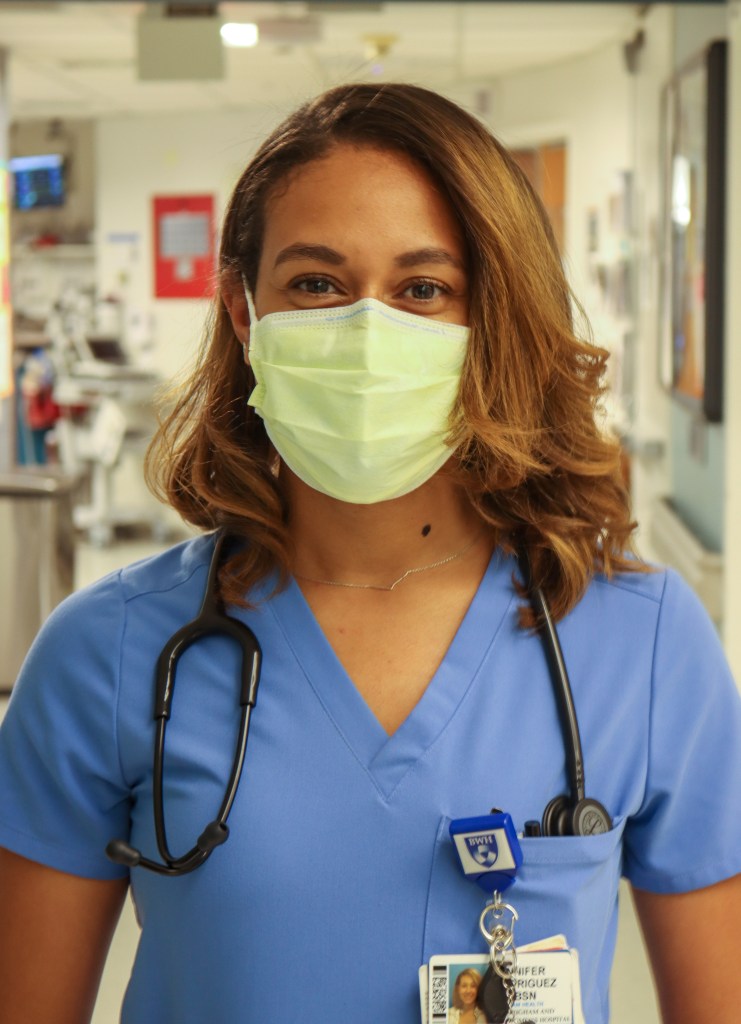 Jennifer Rodriguez, a nurse on Braunwald Tower 14AB, says the support she received through SSJP made all the difference in her career.

Growing up, Jennifer Rodriguez, RN, often felt as if she were her family’s liaison to the health care system. Her parents, both born in the Dominican Republic, primarily spoke Spanish at the time. For this reason, Rodriguez frequently had to translate medical terms for her loved ones, explaining to them what various medications were used for and accompanying them to doctors’ appointments.

Now a nurse at the Brigham on Braunwald Tower 14AB, Rodriguez has channeled her childhood aptitude for caring for those in need into a fulfilling career. However, she said she would not be where she is today without the Student Success Jobs Program (SSJP), a year-round internship program at the Brigham that creates educational, employment, and mentoring opportunities for Boston high school students at partnering schools and helps build a diverse health care and science workforce.

Over the program’s 20-year history, it has touched the lives of more than 700 students, the very large majority of whom are people of color. Like Rodriguez, students have gone on to achieve success in their chosen field, thanks in part to the support they received early on through SSJP. Evaluation results from the student cohort that graduated high school between 2012 and 2020 show approximately 46 percent of alumni are currently working in the health care field.

“What makes SSJP such a unique and special program is that it leads so many Boston youth to select an academic path to meaningful health care careers that impact their own lives and the lives of others,” said Paula Squires, MBA, SHRM-SCP, SPHR, senior vice president of Human Resources at the Brigham.

Rodriguez was a sophomore in high school when she was first accepted into SSJP. Although she knew she wanted to go into health care, she had never contemplated what steps she would need to take to get there. Rodriguez said SSJP was an unforeseen gift in her life, helping to close that knowledge gap while affording her the opportunity to gain practical work experience and a plethora of new friends and mentors who challenged her to grow.

The staff at SSJP not only connect students to paid internships at the Brigham, but they also offer guidance on the college application process, educational monthly seminars, free tutoring services in science and math and the opportunity to apply for financial scholarships for college. In the class of 2021, 88 percent of all SSJP seniors applied for and received a financial scholarship for college. Among SSJP’s total population of current college students, 84 percent are first-generation college students, illustrating the profound impact of SSJP’s support system.

Upon being accepted into SSJP, each student is matched with a health care professional at the Brigham who serves as both a supervisor and mentor. Above all, Rodriguez said she was most influenced by her SSJP mentor.

“I needed her when I was 15,” said Rodriguez. “She took me under her wing, and we just had this bond.”

The connections forged at SSJP stand strong against the passage of time. SSJP mentors keep in touch with students long after they have finished their internships, offering ongoing support and guidance on the next step in their careers.

Edmund Mbugua, a project coordinator in the Health Administrative Office, joined the SSJP community when he was 14. His supervisors, mentors, and fellow interns quickly transformed into close confidantes and best friends. 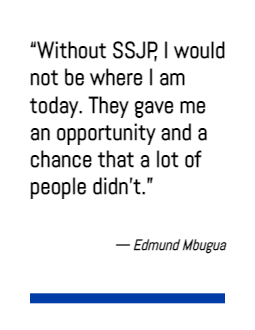 During Mbugua’s first internship at the Brigham, he worked in the Center for Community Health and Health Equity, shadowing and observing the workflow of various departments. The following years, he gained experience in a variety of areas, moving from the Operating Rooms to Phlebotomy Services to Physical Therapy.

Now, four years later, Mbugua aspires to one day become the president of a hospital. SSJP not only catalyzed Mbugua’s career development, but, perhaps more importantly, it also affirmed for him that he is capable of whatever he sets his mind to.

“Without SSJP, I would not be where I am today,” he said. “They gave me an opportunity and a chance that a lot of people didn’t.”

Supporting Students as They Grow

Pamela Audeh, program director of Youth Development and Economic Advancement at the Brigham’s Center for Community Health and Health Equity (CCHHE), said her heart is warmed by the SSJP graduates returning years later as adults, eager to continue their careers at the Brigham.

“Having the privilege to meet people so young and see them on their path and see them achieve and contribute so much and learn and grow at the Brigham — that is one of the most amazing things to witness,” said Audeh.

Although the staff at SSJP encourage their students’ homecoming, Audeh said they also encourage students to look at the range of learning and professional opportunities available to support their successful careers.

SSJP graduate Augustina Nguyen most recently served as a public health intern at the Brigham. After completing the position in May, she joined the Future Public Health Leaders Program at the University of Michigan through the Center for Disease Control and Prevention’s Undergraduate Public Health Scholars Program, where she will research health inequities.

“My experience through SSJP has prepared me well for the internship I am currently working at,” said Nguyen. “It’s been a week in the program, and I am already transferring the skills I learned from my previous department towards the work I am doing now. It’s been really exciting to be able to do so.”

In a year, Nguyen will embark on a yearlong Thomas J. Watson fellowship in Ecuador, Norway, Australia and Vietnam, where she will study the impact that Western medicine has on traditional medicine in indigenous and local underserved communities.

Nguyen’s passion for public health knows no borders; it will guide her around the world and back. However, Nguyen said her roots remain at the Brigham.

For more information about SSJP or becoming a mentor, contact Pamela Audeh at paudeh@bwh.harvard.edu.

Congratulations to the SSJP Class of 2021! 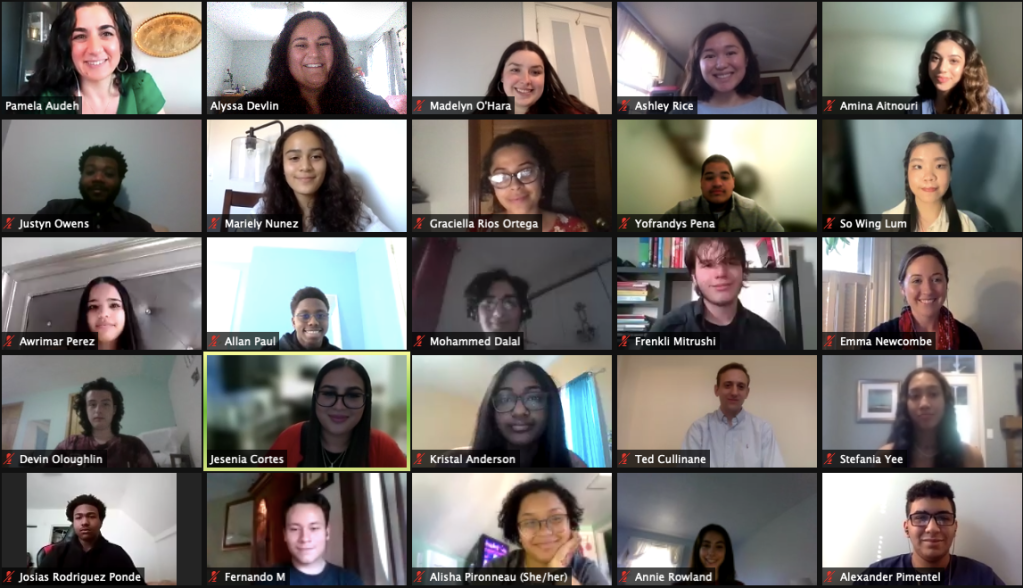 Graduating seniors celebrate their next chapter during a virtual ceremony hosted by SSJP.

On June 17, the Student Success Jobs Program (SSJP) hosted a virtual celebration to honor this year’s class of graduating seniors. Here are a few fun facts about the SSJP Class of 2021: