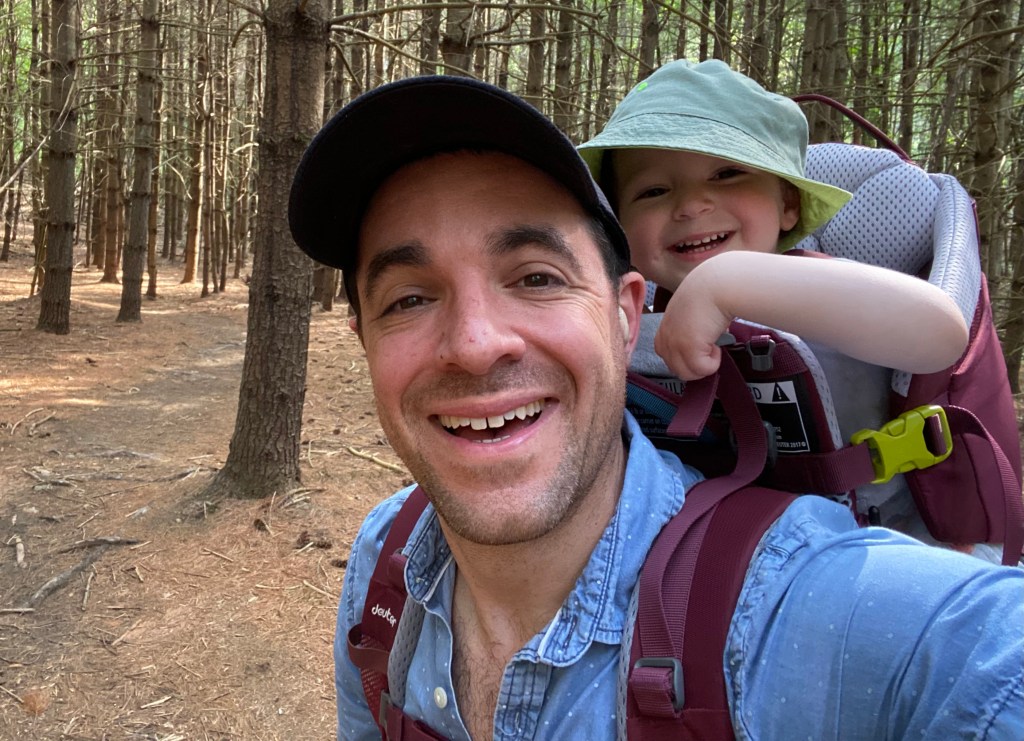 David Fogelman enjoys a recent hike with his daughter.

When David and Jackie Fogelman welcomed their daughter into the world two years ago at the Brigham, the overwhelming joy of that moment immediately outshined any remnants of uncertainty leading up to it.

“I couldn’t believe she was there with us,” David remembered. “We didn’t know whether it would be a boy or a girl, so I got to announce that we had a daughter. Finding that out for us was beautiful, and the first thing I wanted to do was get our baby into her mother’s arms. Seeing her hold our daughter for the first time was probably the most intense thing I’ve ever experienced. It was just the three of us — together.”

After trying to conceive on their own for about a year without success, the Fogelmans reached out to the Brigham’s Center for Infertility and Reproductive Surgery to meet with fertility expert Raymond Anchan, MD, PhD. There, they also discussed their concerns about possibly passing along certain genetic disorders. Jackie knew that members of her family had a rare, serious cardiac condition, and after doing prenatal screening, the couple found out they both carried the same recessive gene for another genetic disorder.

“We wanted to make sure we were not only able to move forward with the pregnancy but also that we would have the best shot of having a healthy start for our baby,” David said.

Their care team at the Center for Infertility and Reproductive Surgery worked with the couple to develop a plan for additional genetic counseling, fertility treatments and in vitro fertilization to ensure that only embryos that did not carry the unwanted genes were selected for implantation. 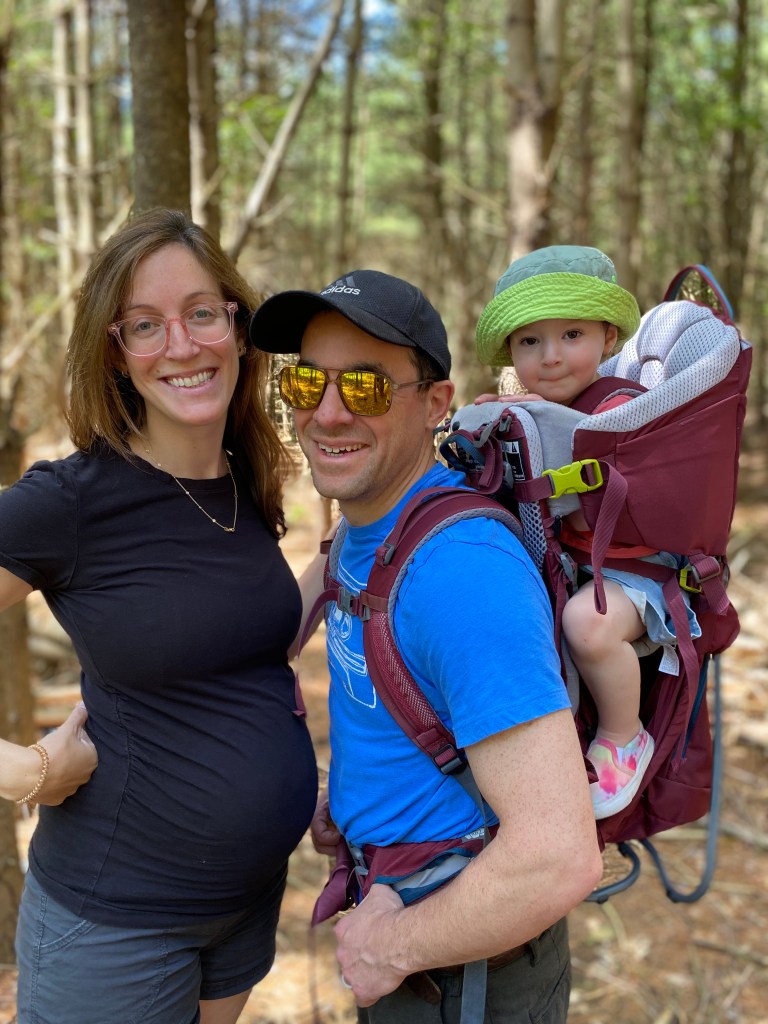 Jackie and David Fogelman, with their daughter

“As parents, even the smallest thing with your kids totally distresses you, and here was a couple who were known genetic carriers for a condition that could be very detrimental to the baby,” Anchan said. “The expertise, technology and care we have at the Brigham allowed this family to realize their dream and feel assured their baby was going to have a healthy start.”

In late 2018, the Fogelmans got the news they were waiting for: a healthy baby was on the way.

“We felt like that was a major milestone at the time, and very soon after that it became clear that it was like the admission to get into the arena,” David said. “Now, every next thing was going to be bigger than all the things before it combined.”

The compassionate care the family experienced at the Brigham made an incredible difference every step of the way.

“From when we walked into Dr. Anchan’s office for the first consultation to when we walked out the main entrance with our baby, everyone supported us, whether they knew why we were there or not,” David said. “What stood out to me the most about the Brigham is everyone you interact with just knows what they’re talking about. I appreciate that as someone who works in health care myself. When we had questions, they had answers. It was comforting.”

As Father’s Day approaches, David reflected on the extraordinary experience of becoming a parent and the joys of fatherhood — a journey that will become even more exciting as he and Jackie prepare to welcome their second child this summer.

“Ultimately, my favorite thing about being a father is getting to know my kid,” David said. “Getting to know her has been the privilege of a lifetime.”

For Anchan and his colleagues, seeing the happiness this family experienced as a result of their pregnancy — and having a role in that outcome — was especially touching.

“Certain dads stick out in your mind, and this was one of them. For David, this child is clearly the center of his world,” Anchan said. “These are people whose lives were visibly changed by having a baby.”