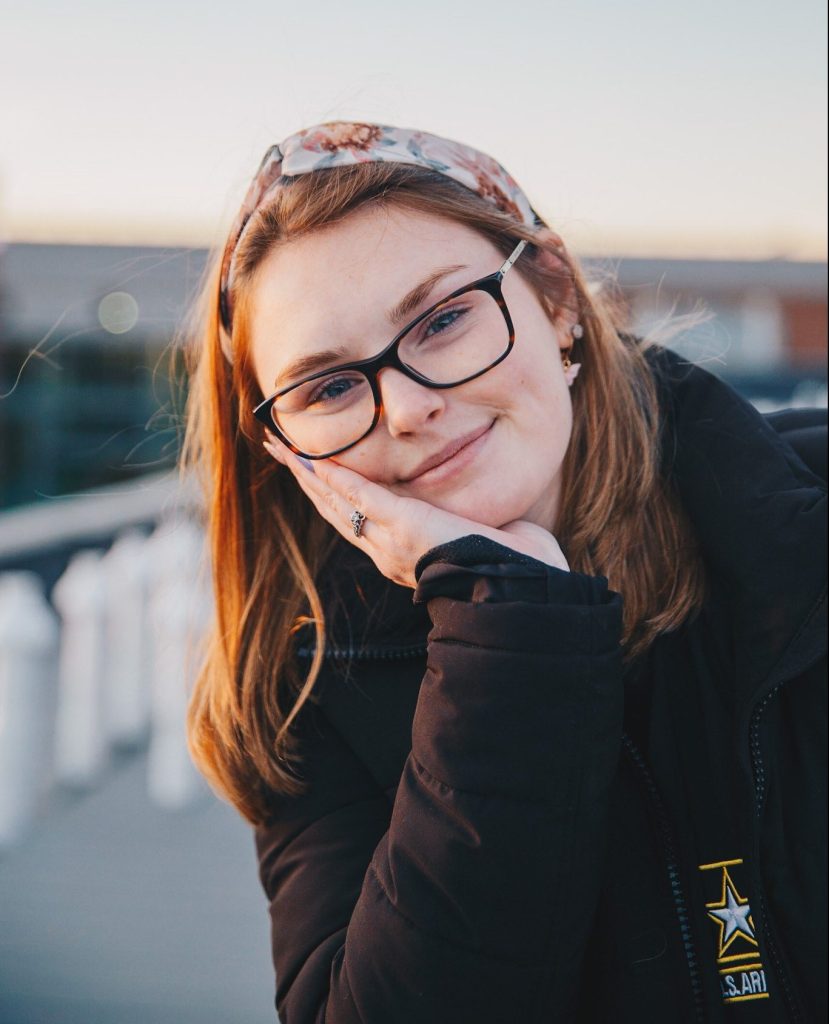 “We didn’t really connect the dots at first because the episodes in high school had never really been that bad,” says Abby McGillivray, on the recurring fainting episodes she started experiencing in her late teens.

Nursing student Abby McGillivray, 20, remembers getting fitted for her prom dress in high school when she was struck by one of her first fainting spells. It was unexpected, but she figured it was a fluke — nothing to seriously worry about.

Then her episodes started to get worse.

McGillivray developed a post-concussion syndrome after hitting her head during a fainting spell in college. She started having weekly, then almost daily episodes and she knew she needed to get help.

That led her to Brigham cardiac electrophysiologist Sunil Kapur, MD, of the Division of Cardiovascular Medicine, to determine what was causing her debilitating fainting episodes and how they could be treated.

Kapur determined that there was nothing wrong with either McGillivray’s brain or her heart; instead, she was experiencing neurocardiogenic syncope — a miscommunication between the brain and the heart that is extremely difficult to treat.

“I got very good at being able to tell the signs of when an episode was coming,” McGillivray said. “I would get really bad tunnel vision, and there’d be immense pressure in my head. I would just be exhausted and sweaty, and there’d be ringing and pounding in my ear. And then I would just collapse.”

Ultimately, a multidisciplinary team led by Kapur performed an extremely rare procedure on McGillivray known as a cardiac neuroablation. Performed only a handful of times in the U.S. and Europe, this minimally invasive procedure involves inserting catheters into the heart via a vein the top of the leg to cauterize, or burn off, defective nerve endings.

“We constantly try and innovate in new procedures and techniques, but this was the first time we had performed a procedure this rare,” Kapur said. “We were optimistic that Abby would do well, and we are very pleased that she has done this well so far. It is always hard to predict how people will do in a procedure with such little data, but so far, she and I are both very happy with the results.”

McGillivray’s mother also has neurocardiogenic syncope and had a pacemaker implanted to treat the condition when she was in her 50s after experiencing a series of fainting spells. To figure out if they had the same condition, McGillivray was given a heart monitor so that Kapur could observe her heart’s activity.

“We didn’t really connect the dots at first because the episodes in high school had never really been that bad,” she said. “But then all of a sudden college hits. I fainted once, got sent home for a pandemic and then any little bit of stress, dehydration, lack of sleep, headaches, noises too loud, whatever —would just trigger it,” McGillivray said.

A few weeks after receiving the heart monitor, McGillivray experienced another fainting episode. Her heart rate spiked to more than 100 beats per minute, a state known as tachycardic.  Meanwhile, the communication between her heart and brain misfired yet again. The nerves connecting her brain and heart should have been carrying a message telling her heart to slow down. Instead, her heart would stop altogether.

After concluding that McGillivray’s condition was the same as her mom’s, Kapur at first told her that her options were either a pacemaker or medications, both of which have the limited success and real important side effects.

“The classic way of treating this is by implanting a permanent pacemaker. Unfortunately, medicines do not work for many patients. However, for young people, having an artificial device in them for the rest of their life can lead to real problems,” Kapur said. “Being a young woman, she wanted to avoid this, so we discussed this relatively new procedure as another option.”

During the procedure, Kapur used electrical mapping of the heart nerves in McGillivray to determine which nerves were defective. In the end, four of McGillivray’s nerves around her heart were remodeled.

While it was nerve-wracking to have such a rare heart procedure at 20 years old, McGillivray said her care team kept her feeling positive.

“All of the nurses and doctors were so funny, talkative and engaging,” McGillivray said. “They were so nice to keep me upbeat, and they kept complimenting me and telling me I was handling this so well.”

McGillivray underwent the procedure on March 2, and she hasn’t had a fainting spell since.

“We hope that this will be curative, meaning that she will no longer have to deal with this,” Kapur said. “Again, we don’t know long-term outcomes from this relatively new procedure, but we remain optimistic.”

McGillivray said she is making tremendous progress in physical therapy for her post-concussion syndrome. She can now walk on the treadmill, drive, read and listen to music and podcasts without having a blinding migraine. She’s also excited for the future, with plans to return to Emmanuel College as a nursing student in the fall.