An unusual pain on her face caught Carmen Blandin Tarleton by surprise one day in August 2019.

It had been six years since Tarleton underwent a face transplant at the Brigham following a brutal attack by her estranged husband, who doused her with chemicals that caused severe burns on over 80 percent of her body and rendering her legally blind.

A former nurse, Tarleton knew the symptoms might be her body signaling that her transplant was failing. Her doctors had warned her of the possibility over the years. Fiercely optimistic by nature, however, she tried to push the thought out of her mind. The pain could be anything, she told herself.

Within two days, it became clear something was wrong. Her discomfort worsened, and now it was accompanied by swelling. Tarleton contacted her Brigham care team and scheduled an appointment for the following week. But by the time the weekend arrived, the swelling turned into intensely painful blisters. She came to the Brigham, where her care team confirmed her worst fear: Her body was rejecting the transplant.

“I was in shock,” Tarleton recalled.

Nearly one year later, life would surprise her again — this time for the better.

Last July, at age 52, Tarleton became the first person in the U.S. and second in the world to receive a second face transplant. The 20-hour surgery, involving a multidisciplinary team of over 45 clinicians, was the 10th face transplant performed at the Brigham since 2011 and the 16th nationwide. 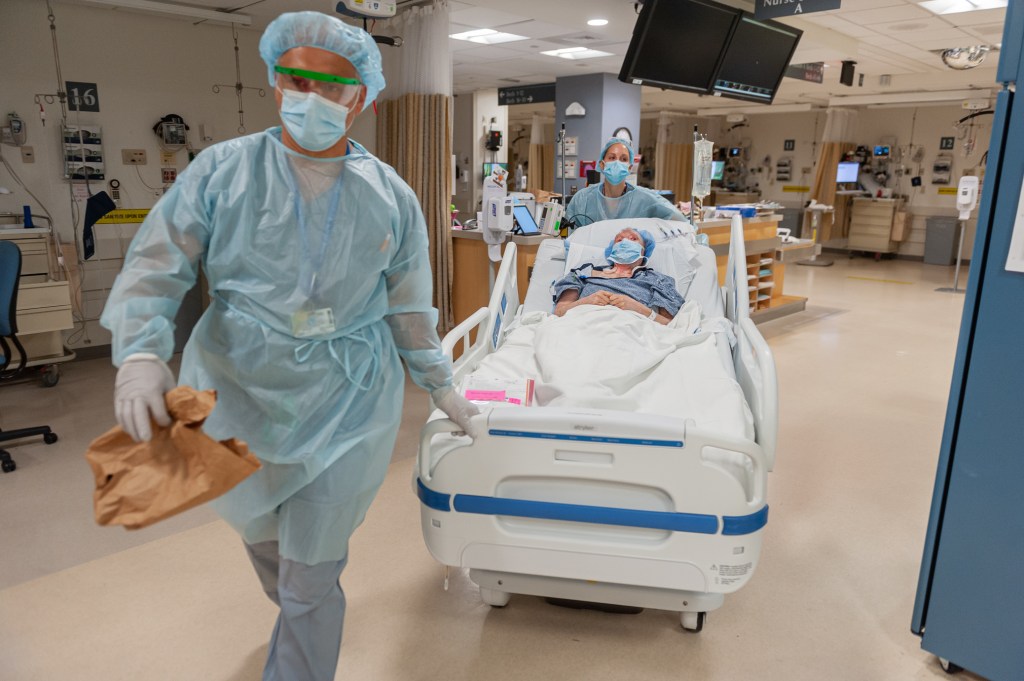 Tarleton is transported to the Operating Room for the first of two procedures for her second face transplant in July 2020.

“I said, ‘I want one more shot, and if it doesn’t work, then so be it,’” Tarleton said, recounting a conversation with her care team about pursuing a second face transplant. “If I was a candidate, I wanted the best possibility. But I just let it go after that. I didn’t worry about it, and that’s sort of how I roll because you can’t get caught up in the drama, worry and concern of that and still feel good.”

Now, seven months after her second face transplant, Tarleton says she feels better than she has in years and is deeply grateful for not only her donor’s gift but also the compassionate, dedicated Brigham team who has stood behind her every step of the way.

Tarleton had the opportunity to speak with the family of the donor recently and came away inspired after the emotional meeting.

“I have such great appreciation for my donor and donor family for this life-changing gift,” she said. “Their ability to make such a decision in the most difficult of times is a true offering of love to their family member and me, a stranger they did not know. I was so happy for the opportunity to let them know how much they impacted my life for the better.”

Writing Her Next Chapter

Compared to her first face transplant, the donor tissue used in Tarleton’s recent surgery is far more compatible — greatly reducing the risk of another rejection — and it more closely resembles how Tarleton looked before her injury, in terms of skin tone, hair color and face size. Her recovery has also been smoother this time, thanks to several changes her surgeons made to the transplant procedure (see related sidebar for more details).

Bohdan Pomahac, MD, director of Plastic Surgery Transplantation, who led the surgical team for both of Tarleton’s transplants, said he has been delighted with how well Tarleton is progressing and recovering.

“One can hope for a transplant to last a patient’s lifetime, but realistically speaking, every type of transplant has a finite lifespan. Carmen’s second transplant was a carefully planned and executed operation that provides hope to all patients whose transplant is failing,” Pomahac said. “Carmen is one of the most resilient patients that I have had the opportunity to care for. We call this procedure life-giving, and we are thrilled to offer her the opportunity to return to the type of life that she so richly deserves.”

Since her injury, Tarleton’s life has been full of rewarding experiences. She became a published author and inspirational speaker, sharing her story of courage and forgiveness with audiences worldwide. She also celebrated more personal milestones, including learning to play piano and becoming a grandmother.

“My first face transplant served me very well. I accomplished many things that I really needed to stay in this life, and one of them was comfort,” Tarleton said.

With her next chapter waiting to be written, Tarleton sees only greater possibilities on the horizon.

“I am looking for a new life, new adventures,” she said. “I can’t put it into words yet, but it’s going to be a lot of fun. I’m just going to have a really good time, and I know it.” 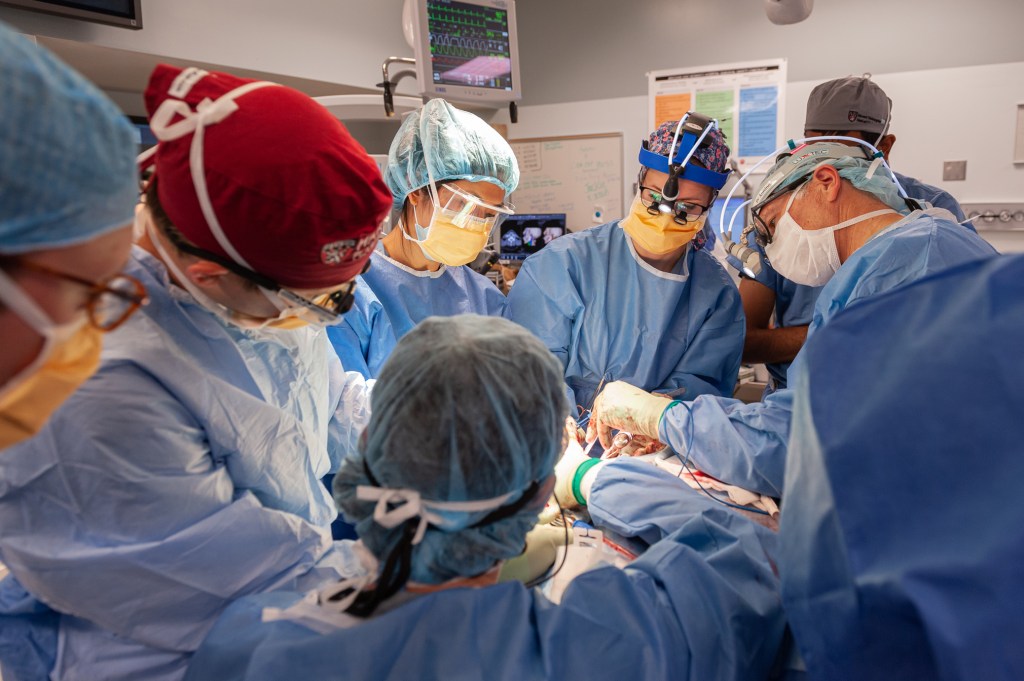 Carmen Blandin Tarleton’s first transplant experience was challenging because the lifesaving blood products and tissue grafts she needed as a result of her original injury placed her at a higher risk to reject the transplant, a complication known as sensitization. Over the years, she experienced repeated episodes of rejection, which injured the blood vessels supporting her first transplant.

In addition to the rarity of a second face transplant, the surgery was unique on several other fronts. First, it was marked by an unusually close tissue match from Tarleton’s donor, which lowers her future risk of rejection. Additionally, the surgery progressed differently than the previous ones the Brigham team had performed.

“This will likely serve as a prototype going forward,” said Bohdan Pomahac, MD, director of Plastic Surgery Transplantation. “The surgical team paused the transplant approximately 15 hours into the surgery, allowing us to better manage the blood loss, which can interfere with blood clotting during the operation. We completed the surgery the following day, which decreased the time Carmen had to spend in the operating room overall.”

Tarleton said the acceleration of her recovery was remarkable. “I stayed in the hospital for half as long than I did the first time, and I did not need as many medications. I almost lost my first face transplant post-operatively, and this time it wasn’t like that at all,” she said. “I did so much better. My recovery has gone extremely well.”