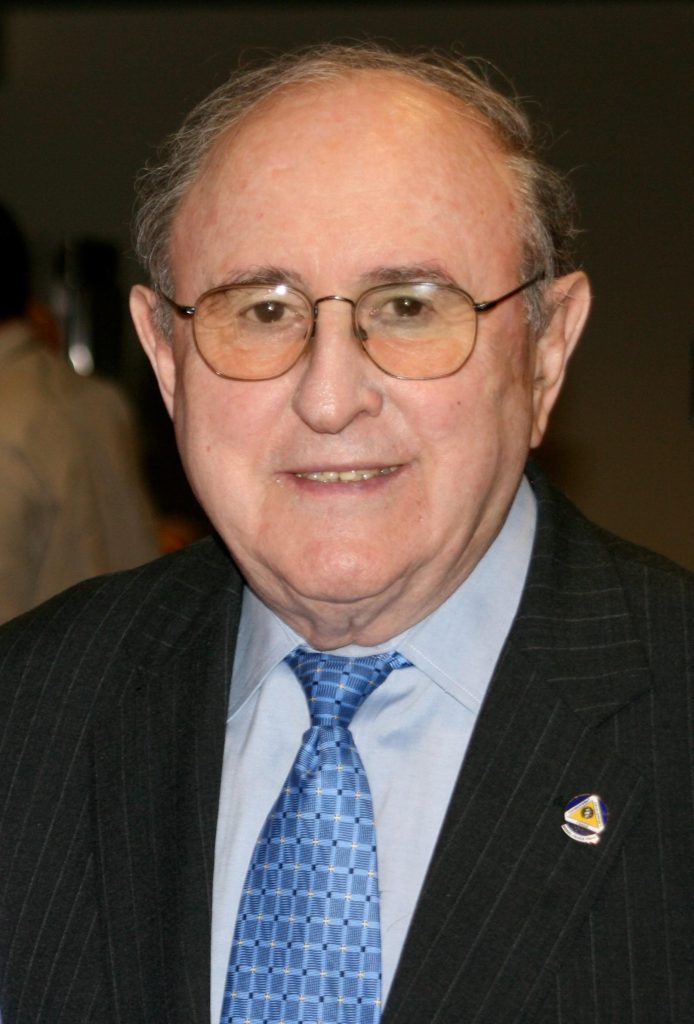 The Brigham community mourns the loss of Bernard Lown, MD, a retired Brigham cardiologist, Nobel Peace Prize recipient, pioneering innovator and a luminary in his field. Dr. Lown died Feb. 16 of complications related to congestive heart failure. He was 99.

In a career that spanned more than five decades, Dr. Lown made pivotal contributions to cardiovascular medicine and helped changed its practice. He was also an activist and advocate for peace, and one of the co-founders of International Physicians for the Prevention of Nuclear War (IPPNW), an organization that won the 1985 Nobel Peace Prize for its campaign against nuclear war.

“The world has lost a great clinician, inventor, teacher and peace activist,” said James Muller, MD, of the Division of Cardiovascular Medicine. Muller, a fellow founding member of IPPNW, recalled Dr. Lown’s courage and skillful, dedicated leadership. “As will all who knew him, I will miss him greatly and treasure the moments when I was able to observe his heroic acts.”

During his long and storied research career, Dr. Lown focused on major challenges in cardiovascular medicine. His investigations led to many breakthroughs, including the direct current defibrillator, now the standard of care for cardiac resuscitation. He also developed a device called the cardioverter for correcting disordered heart rhythms and introduced the use of the drug lidocaine to control heart rhythms. All of these advancements have helped make possible modern coronary care units.

Dr. Lown’s research also helped illuminate the role of psychological factors — such as stress — in heart disease, and he was among the first physicians to emphasize the importance of diet and exercise in treating heart disease.

Dr. Lown left an indelible mark on his students, many of whom vividly recalled his teachings and described Dr. Lown’s influence on their careers. The Brigham’s Bernard Lown Award for Excellence in Teaching, established in 2010, is named after Dr. Lown and celebrates physicians who are outstanding clinical teachers.

“He really was a Brigham great,” said Marshall Wolf, MD, director emeritus of the Brigham’s Medical Residency Programs, who trained under Dr. Lown during his internship year and completed a fellowship with him. “He was a great physician teacher and was beloved both by his patients and his students. He was a role model for me — someone who really cared about his patients and made sure they got the best care.”

Charles Blatt, MD, a physician in the Lown Cardiovascular Group, began working with Dr. Lown as a medical student when he spent a summer doing research in Dr. Lown’s laboratory. Blatt stayed on after his fellowship, became an associate in Dr. Lown’s practice and has been a part of the Lown Cardiovascular Group ever since. Blatt fondly recalled conducting rounds with Dr. Lown during his medical training.

“He instilled in me that it was a privilege to be a physician taking part in that very intimate interaction with the patient — to learn about their lives and to be trusted. Each person’s story was like a part of a play, and you had a front-row seat,” said Blatt. “I’ve tried to emulate the way he would teach his students in the way he taught me. There’s a handful of teachers who stand out in one’s whole career. For me, Dr. Lown stands at the top of that list.”

Dr. Lown is survived by his three children, Anne, Fredric and Naomi Lown, and five grandchildren. He was predeceased by his wife, Louise Lown.