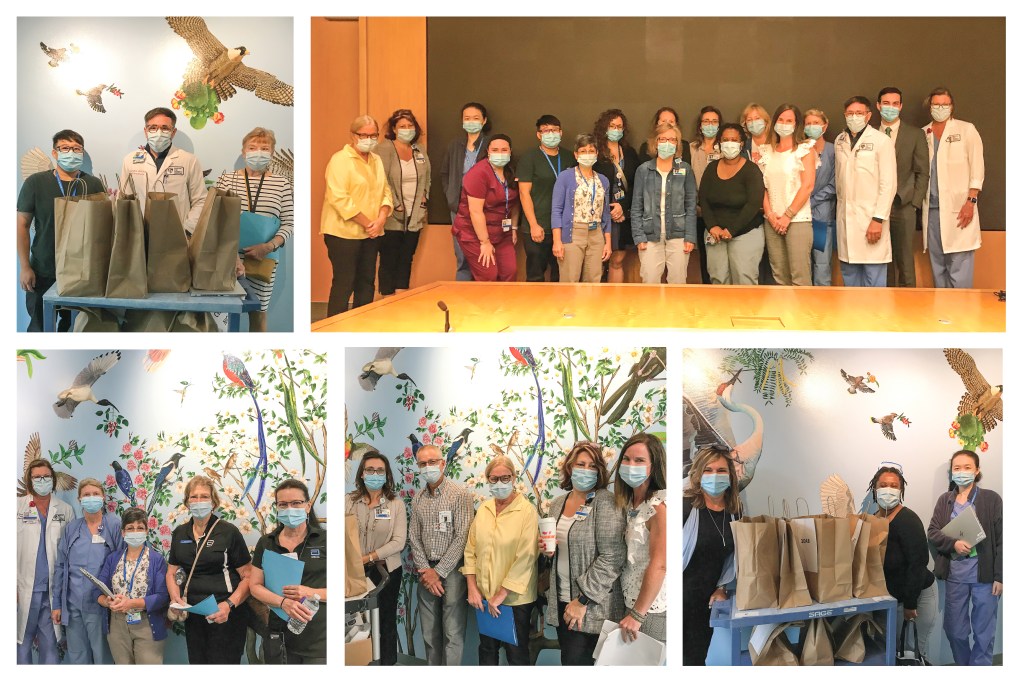 Multidisciplinary collaboration was a hallmark of the project, which culminated in staff from multiple areas deploying 320 new glucose meters throughout the Brigham in September.

In an exceptional demonstration of collaboration — built on 18 months of careful planning and coordination — a multidisciplinary Brigham team led the replacement of 320 glucose meters over a three-day period across the main and distributed campuses in September.

“So many different departments needed to work together to ensure a successful outcome,” said Kathleen Ryan Avery, MSN, RN, CCRN-K, nursing program director in the Center for Nursing Excellence and nursing representative for the project’s steering committee. “It was highly interdisciplinary and collaborative, and for me was the best part of working on this team. Everyone brought their expertise to help us think through the workflows, processes and opportunities for improvement in our practice.”

“Many clinical staff practice at different sites across the system, so it’s important that we have a standardized approach to such a high-volume form of testing,” said Tolan, who co-chairs the MGB Point-of-Care Testing Subcommittee and was part of the Brigham rollout’s steering committee. “This project offered us the opportunity to streamline our approach to glucose testing across MGB by having everyone trained on the same system.”

The Brigham Glucose Meter Replacement Steering Committee, which led the local implementation, included leaders from across multiple areas to ensure all perspectives were considered in device selection and deployment.

“All members of the team were willing and able to help with any item, big or small,” said Gregory Kane, MPH, senior consultant for Strategy Implementation in Analytics, Planning, Strategy and Improvement, who was also part of the steering committee, along with Deirdre Fitzsimons, point-of-care coordinator in Clinical Laboratory Administration, and Ellen Goonan, MT (ASCP)SH, senior director of operations for Clinical Labs in Pathology.

Staff input significantly influenced the selection process, the project team said. A series of vendor fairs in 2019 provided an opportunity for staff who use glucose meters regularly — including nurses, patient care associates, medical assistants and LPNs — to try out the different device models and provide feedback.

“Having end users participate in the vendor fair last year was so important to selecting the best device for patient care,” Ryan Avery said. “With one meter, staff showed us that it was difficult to push the button with gloves on. Another device came with multiple test strips in each vial, which some pointed out could increase waste.”

Kane emphasized the importance of communication and transparency during the evaluation process to ensure staff felt comfortable with the final selection.

“For this to happen, we needed to engage Nursing, the Clinical Lab, IS and Materials Management in the selection process so they could voice any concerns or thoughts from their respective areas,” Kane said. “The implementation of a medical device that is used in inpatient, procedural and ambulatory areas is a major feat. Cooperation across many different departments was critical for our success.”

The project team also coordinated clinical testing to see how the devices performed in a patient care environment. Patients who chose to participate in the trial received glucose testing with the former meters and the test devices. The results of those trials were another important factor in the team’s final decision.

“Laboratory staff and nurses did a lot of work collecting specimens to make sure we had good representation of different sites and units in our clinical evaluation,” Tolan said. “Whether a meter was being used in the MICU or the NICU, we wanted to make sure it worked well for everyone.”

Department of Pathology laboratory staff conducted validation testing on the meters being considered — carefully evaluating each candidate for usability, reliability and performance. After the Abbott meters were selected, laboratory staff continued to play a vital role in rolling out the new system.

“Even while they were responding to COVID, the laboratory did an amazing job validating the system and getting everything up and running quickly,” Tolan said.

Ultimately, teamwork was an essential ingredient to the project’s success.

“We couldn’t have done it without each other,” Tolan said. “We worked hard to be inclusive and capture feedback from every stakeholder. It was vital to us that everyone felt like they had a say in the process.”