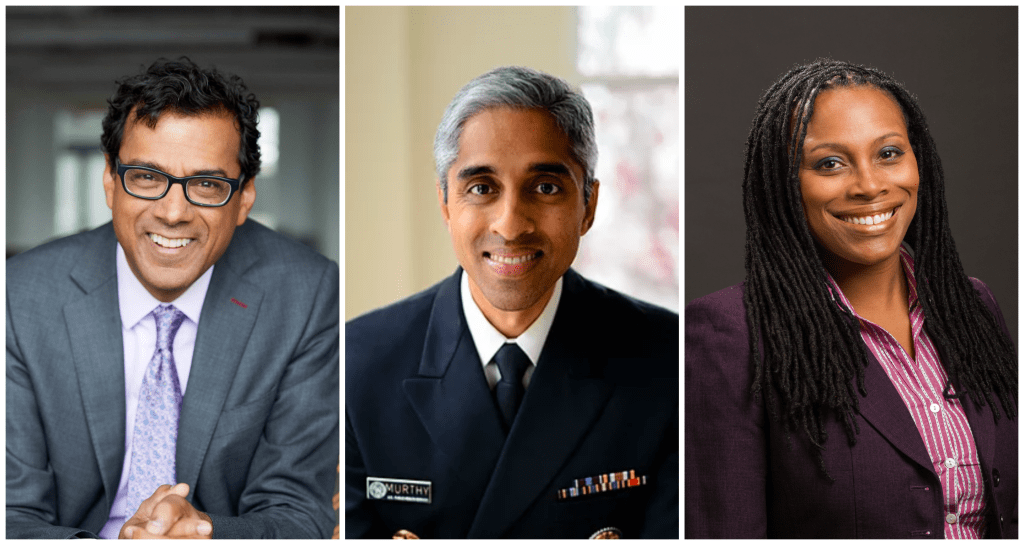 Three public health experts with Brigham connections were among those named to President-elect Joseph R. Biden Jr.’s Transition COVID-19 Advisory Board on Nov. 9.

“We’re grateful for the service of the diverse team of medical and scientific leaders that the President-elect has called upon to guide our nation’s ongoing response to COVID-19, and we remain optimistic that their collective wisdom and expertise will accelerate progress toward controlling the pandemic in our country,” said Brigham Health President Betsy Nabel, MD, in a message to all staff announcing the news.

The COVID-19 Advisory Board consists of 13 leading public health experts and scientists who will advise President-elect Biden, Vice President-elect Kamala Harris and the transition team’s staff on the nation’s COVID-19 response.

“Dealing with the coronavirus pandemic is one of the most important battles our administration will face, and I will be informed by science and by experts,” said President-elect Biden in a statement. “The advisory board will help shape my approach to managing the surge in reported infections; ensuring vaccines are safe, effective, and distributed efficiently, equitably, and free; and protecting at-risk populations.”

During a webcast discussing the news, Biden said the advisory board will create “a blueprint” the administration can begin using as soon as Biden and Harris are sworn into office in January.

Murthy, who practiced at the Brigham before being named the nation’s 19th surgeon general, served in former President Barack Obama’s administration from 2014 to 2017. During that time, he oversaw the nation’s public health response to Ebola, Zika, the Flint water crisis and several natural disasters, with a focus on helping underserved populations.

Nunez-Smith is currently an associate professor of Internal Medicine, Public Health and Management at Yale University and associate dean for Health Equity Research at the Yale School of Medicine. Her research focuses on promoting health and health care equity for structurally marginalized populations.

Throughout Gawande’s career as a surgeon, a writer and public health leader, he has focused on improving health care delivery systems for the benefit of patients everywhere. To further that mission, he co-founded Ariadne Labs, which has established an entirely new area of research and innovation focused on developing simple solutions to reduce suffering and save lives.