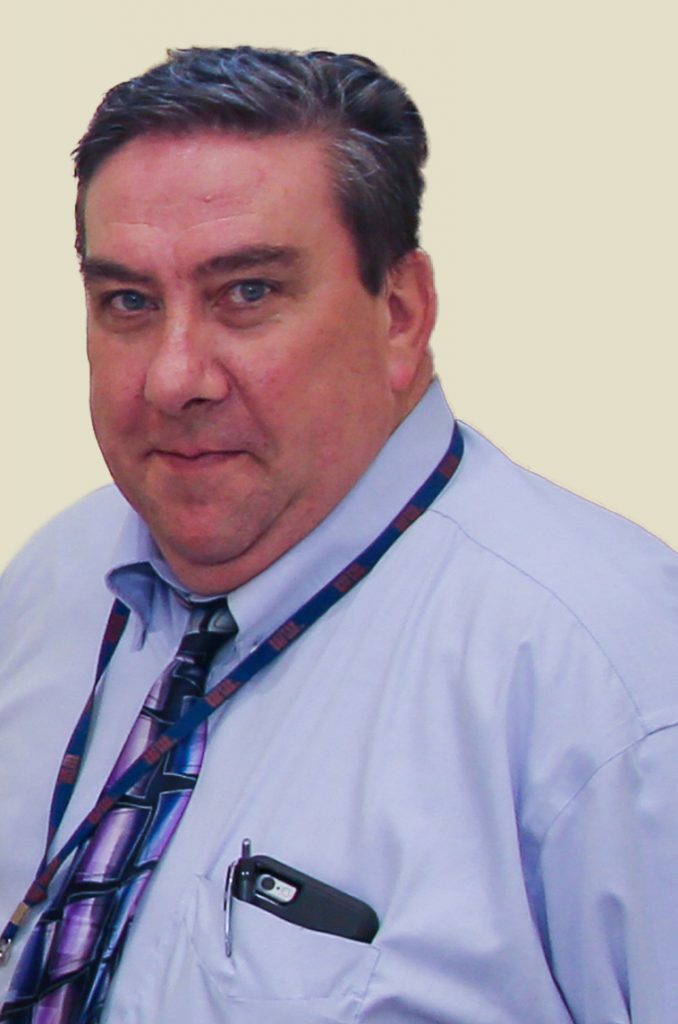 The Brigham community and Office Services mourn the loss of John Bourque, who passed away on May 14 following a sudden illness. He was 58.

A member of the Brigham family for 40 years, Mr. Bourque spent most of his career as part of the Office Services team, most recently serving as a supervisor and coordinator for the department. Over his four decades here, he worked tirelessly behind the scenes to coordinate thousands of Brigham events across the main and distributed campuses.

Between his expansive knowledge of event logistics, depth of institutional knowledge and enthusiasm for helping others, Mr. Bourque set an example for everyone who worked with him, said his colleagues.

“If John was helping coordinate your event, you were going to be taken care of,” Linck said. “He exemplified the gold standard of service.”

The nature of Mr. Bourque’s work gave him the opportunity to collaborate with nearly every department across the Brigham, giving him a keen insight into the ins and outs of the institution.

“He was like a walking BWH encyclopedia,” said Steven Kyriakidis, public space coordinator in Office Services. “If you had a BWH question and John couldn’t answer it, you knew you were in trouble.”

Ann Edmonds Haley, former manager of Office Services, recalled how Mr. Bourque played a pivotal role in helping to transform the Mailroom and Print Shop into the multimedia and technology-driven organization that Office Services is today.

“John was a man of few words but many talents. He knew how to do everything, and he loved the challenge of creating Office Services,” said Haley, Mr. Bourque’s supervisor for 31 years and longtime friend. “He was extremely dedicated, and he knew that we provided a really valuable service and had a lot of pride in what we did.”

In addition to his professional talents, Mr. Bourque was cherished for his kindness, mentorship and authenticity, said Christopher Fenton, senior audiovisual technician in Office Services, who was a close friend and colleague of Mr. Bourque for three decades.

Angel Ayala, manager in Office Services, recalled how when he first joined the department as a teenager working in the Mailroom, Mr. Bourque quickly showed him the ropes. Over the years, their bond only strengthened, and Mr. Bourque continued to be a source of wisdom, guidance and encouragement.

“John was like my work dad,” Ayala said. “He would push me to try new things and not be scared of failing. He was a great mentor, and I will miss him.”

Mayra Scott, shipping coordinator in Office Services and Mr. Bourque’s colleague for more than 30 years, remembered her beloved friend and co-worker as kindhearted, compassionate and thoughtful.

“I admired his way of reaching out to people,” Scott said. “When my first husband passed away in 1990, John was very supportive of me and my girls during that traumatic dilemma. For that, I will be forever grateful to John.”

In addition to being there for life’s big moments, Mr. Bourque also touched the lives of others with smaller but equally meaningful gestures, such as bringing in a tray of home-cooked pasta for his colleagues to take home to their families — just because. Simply running into him on the Pike was also a highlight of the day, others said.

“I will miss his smile and his charismatic ways of greeting me every time he saw me,” Scott said.

Mr. Bourque is survived by his wife, Roreta; his stepdaughter, Elora Raymond; his sister, Anne Bourque-Bell; his sister-in-law, Mary Bourque; and many nieces, nephews, close friends and loved ones. He is predeceased by his three brothers, James, George and Joe, and his parents, Lucien and Mabel.