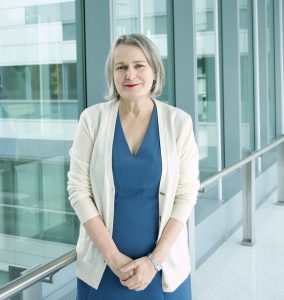 The death of a spouse often means the loss of intimacy, companionship and everyday support for older adults. A new Brigham-led study finds that widowhood can have another profound effect: It may accelerate cognitive decline.

Investigators from the Brigham and Massachusetts General Hospital analyzed older, cognitively normal Americans enrolled in the Harvard Aging Brain Study whose marital status and brain β-amyloid levels — a marker of Alzheimer’s disease — were determined at the beginning of the study. The team found that individuals who were widowed experienced a sharper cognitive decline than their married counterparts, especially among those who had high β-amyloid levels.

The study suggests that widowhood may be an important and understudied risk factor for cognitive decline associated with Alzheimer’s disease and highlights the need for increased focus on this high-risk population. The team’s findings were published recently in JAMA Network Open.

“We know that social relationships can be an important buffer against cognitive decline,” said senior author Nancy Donovan, MD, of the Division of Geriatric Psychiatry. “Being married provides opportunity for more social engagement and emotional support from a spouse, it expands one’s social network and it provides more opportunity for cognitive stimulation. All of these benefits are lost in widowhood. Importantly, loss of a spouse is a highly stressful life event, which can have deleterious effects on the brain.”

Women are at increased risk for both widowhood and Alzheimer’s disease, both of which increase in frequency with age. The study, which included 260 cognitively unimpaired men and women ages 62 to 89, classified its subjects into three groups: married, widowed or unmarried (divorced, single, separated or never married).

In addition, they found that among adults with the highest β-amyloid levels, widows had the sharpest decline in cognition compared to those who were married, declining at a rate three times faster. This finding was independent of many factors, including age, sex, socioeconomic status and a diagnosis of depression.

The authors noted this is the first study to show widowhood and β-amyloid have a combined effect on cognitive decline and will need to be replicated in other studies.
“Our division has become very interested in understanding the physiological effects of widowhood so that we can develop interventions to try to alter these trajectories,” said Donovan. “Our findings also suggest that researchers engaged in Alzheimer’s disease prevention trials may want to pay particular attention to widowed older adults to tailor interventions for this especially susceptible group of patients.”