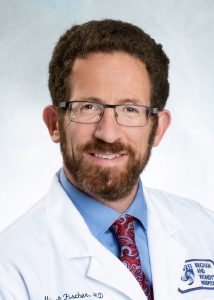 A new nationwide study led by investigators at the Brigham found that more than a quarter of antibiotic prescriptions dispensed to Medicaid recipients were not associated with a clinician visit. The results, published in Health Affairs, raise questions about the effectiveness of efforts to curb inappropriate prescribing.

A wide range of clinical guidelines aim to reduce the prescribing of antibiotics for illnesses not caused by a bacterial infection. These efforts aim to help lower the rate of antibiotic prescribing in the U.S., which is about double that of many other countries. However, such efforts may miss antibiotics that providers prescribe outside of clinical visits.

After evaluating nearly 300 million antibiotic prescriptions filled by Medicaid recipients over a decade, investigators found 28 percent were not associated with a clinician visit in the preceding seven days. In addition, 17 percent were prescribed after visits where no infection-related diagnosis had been documented.

“If we’re thinking about how to improve antibiotic prescribing, we need to understand the context in which it occurs,” said the study’s lead author, Michael Fischer, MD, MS, of the Division of Pharmacoepidemiology and Pharmacoeconomics. “If prescribing is taking place outside of an office visit, most of the approaches we are taking to combat antibiotics overuse will miss those completely.”

To capture these blind spots, Fischer and colleagues examined national Medicaid claims data from 2004 to 2013. They identified 298 million antibiotic prescriptions filled during this time for 53 million patients. The researchers used this data to determine whether patients had made a clinic visit in the seven days prior to filling the prescription. When there was a visit, they checked whether billing claims data specified an infection as the cause for the visit.

The authors acknowledge that a critical question remains: What occurred clinically in the many cases when antibiotic prescriptions were dispensed without a visit?

Since researchers’ analyses were based on claims data, they did not have access to medical records to determine what types of interactions took place between patients and prescribing clinicians. The authors said they assume most of these prescriptions were associated with a phone interaction, although some communication may have occurred over email, via web portals or during informal, uncaptured visits. Most encounters would be blind spots for existing interventions designed to improve appropriate antibiotic use, they noted.

Fischer said it will be important for future research to use clinical data to examine outcomes for patients who are prescribed antibiotics outside of office visits, adding that future interventions should be designed with the study’s findings in mind so that this large proportion of prescriptions is not missed.