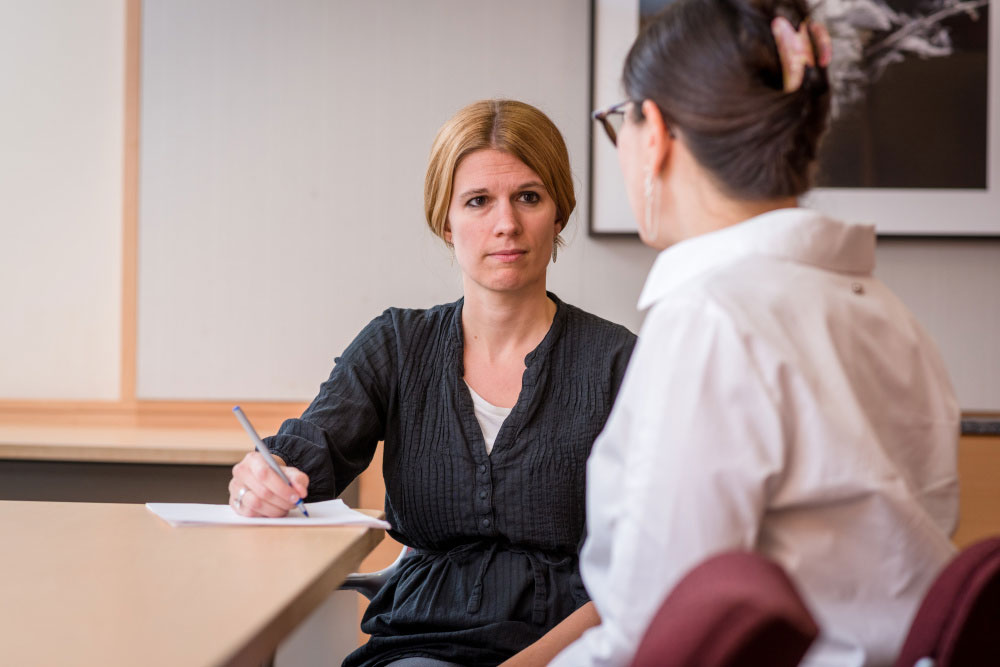 Where serious illnesses go, mental health issues often follow. Yet because medical care and mental health care are traditionally delivered separately, many people living with chronic or life-threatening diseases do not get adequate treatment for related emotional struggles.

Fremonta Meyer, MD, is a psychiatrist at the Brigham who specializes in helping cancer patients navigate anxiety, depression, pain and other issues. In addition to traditional therapy, Meyer prescribes psychiatric medications that won’t interfere with chemotherapy, immunotherapy or other treatments.

“No two patients are alike, but many start by focusing their energy on dealing with the physical side of their cancer,” she said. “The emotional piece usually hits later.”

Meyer and Elizabeth Farrell, LICSW, a social worker at Dana-Farber Cancer Institute, lead two support groups for women with metastatic breast cancer. For 90 minutes each month, the women discuss the burdens of cancer, including issues with medications and dealing with weight changes, nausea and chronic fatigue. They reflect on how unnatural it feels to learn how many months or years they have left to live, followed by the thrill or dread that comes with surviving that time estimate. At times, they share tips for accessing resources, including financial aid, and improving communication with their medical teams.

“These issues aren’t limited to cancer,” Meyer said. “Support groups like these have the potential to be transformative for autoimmune diseases, multiple sclerosis, HIV, substance use disorders and all the other tough diseases people live with, as well as for caregivers for those with other diseases, such as Alzheimer’s.”

Every woman in the group has become an expert, and they generously and confidently share their hard-earned wisdom. For long stretches of time, the conversation flows naturally between them with little prompting from Meyer and Farrell.

“Group therapy probably doesn’t improve survival rates,” Meyer said. “But evidence shows it significantly boosts patients’ quality of life, which for many patients is as or more important than length of life.”