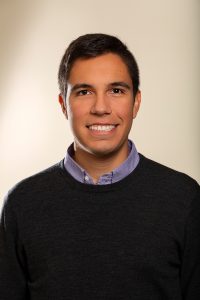 A new study led by investigators at the Brigham found that survivors of firearm violence have worse long-term outcomes than those who had sustained similar injuries in motor vehicle crashes. The results, published in Annals of Surgery, highlight the need to follow survivors after discharge and provide continued care.

The research team, led by investigators from the Brigham’s Center for Surgery and Public Health (CSPH), found that six to 12 months following a traumatic injury, rates of chronic pain, post-traumatic stress disorder (PTSD) and other poor physical and mental health outcomes were alarmingly high among survivors of firearm violence.

“When it comes to the public health problem posed by firearm injury, death is just one piece of the puzzle,” said corresponding author Juan Herrera-Escobar, MD, MPH, research director of Long-Term Outcomes in Trauma at CSPH. “Mortality rates for trauma patients have been dropping significantly over the last 20 years, but this presents a new challenge: What will we do for patients whose lives we save but who continue to suffer from the repercussions of traumatic injury? Our study shows that injury, and especially firearm injury, casts a long shadow over the lives of those who survive.”

As part of the Functional Outcomes and Recovery after Trauma Emergencies (FORTE) project — a study out of the CSPH that collects data from patients to understand the long-term recovery experience after traumatic injury — Herrera-Escobar and colleagues surveyed 63 adults who survived traumatic injury after being treated at one of three level-I trauma centers in Boston between 2015 and 2018. FORTE is intended to measure long-term outcomes that are meaningful to patients and their families; metrics include functional status, health-related quality of life and treatment adherence.

The team analyzed outcomes for people who had survived firearm injury and compared this data to those who survived similar injuries sustained in motor vehicle crashes.

Among survivors of firearm injury, 68 percent reported daily pain, 53 percent screened positive for PTSD, 39 percent reported a new functional limitation in an activity of daily living (such as walking, cooking, eating or going to the bathroom) and 59 percent had not returned to work. Most individuals experienced more than one of these negative long-term outcomes.

Not only were these rates significantly higher than those among the general population, but survivors of firearm injury were also far more likely than the survivors of motor vehicle crashes to have daily pain or PTSD and significantly worse quality-of-life issues related to physical and mental health.

The authors note that their findings may or may not be generalizable to the rest of the U.S. given their analysis was conducted at three urban trauma centers in Boston. As with all survey-based studies, this research may also be limited by selection and recall bias, as well as a lack of baseline information about those surveyed.

Herrera-Escobar said he and his colleagues have just begun to scratch the surface and more questions remain.

“We need to better understand the causes of these outcomes so that we can find opportunities for intervention,” he said. “This work has profound implications for trauma systems and highlights the limitations of their ability to help patients receive the proper services for a successful recovery after a traumatic firearm-related injury.”