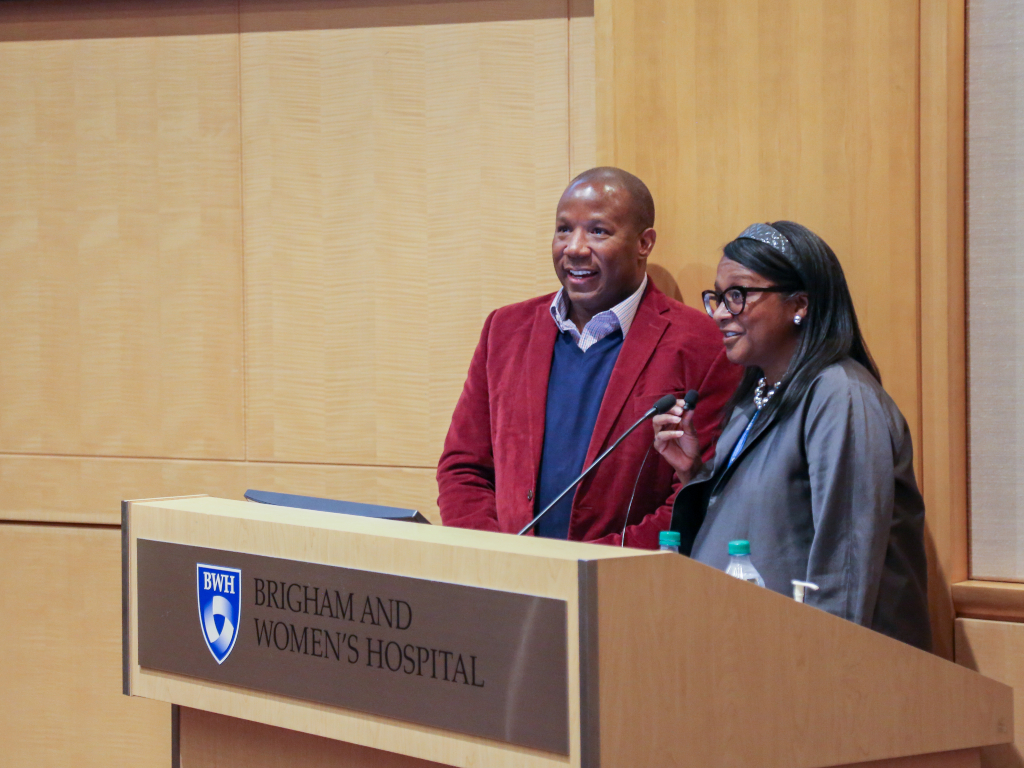 After spending two years as a professor in England, Robert Livingston, PhD, returned to the U.S. in 2015 and found himself facing a personal challenge that would tie into his professional focus — diversity, leadership and social justice — in an unexpected way.

While living in the U.K., Livingston quickly discovered that he preferred to walk as much as possible. His physical fitness improved, and he lost weight. But after moving back to the States for a new job opportunity, he settled back into a more sedentary routine. Within six months, he regained the weight he had lost and more.

Livingston knew exactly how to address his issue — diet and exercise — yet he also struggled to come to terms with the changes he would need to make to achieve his goal. The thought of spending hours on a treadmill and giving up chocolate was demoralizing. But he soon found a healthier way to satisfy his sweet tooth and rekindled a childhood love of bike riding. Thanks to his continued efforts, the pounds dropped off.

This journey mirrors what many organizations experience when they seek to advance diversity, inclusion and equity in a profound and sustainable way, said Livingston, a lecturer of Public Policy at Harvard University’s John F. Kennedy School of Government, who shared his reflections during Brigham Health’s annual tribute to the legacy of the Rev. Dr. Martin Luther King Jr. on Jan. 24.

“Strategy is the easiest part of this whole model,” Livingston told attendees in Bornstein Amphitheater during the event, which was hosted by the Brigham’s Office of Diversity and Inclusion. “If an organization really wants to make progress on diversity, equity and inclusion, I can give them any number of strategies that are guaranteed to work — just like you can give someone a diet or a gym membership. But it gets down to that big question: Are you actually willing to do what needs to be done in order to see the change that you say you want to see?”

That question — how to transform a desire for progress into meaningful cultural change — was central to the theme of the Brigham event, “Bringing the Dream to Life,” a callback to Dr. King’s celebrated “I Have a Dream” speech at the March on Washington for Jobs and Freedom in 1963. During that historic address, Dr. King articulated his vision for a world free from racism, inequity and discrimination.

Pointing to a 2011 study from Harvard Business School and Tufts University, Livingston noted that the public’s perception of how much progress society has made in fulfilling Dr. King’s dream appears to be subjective, depending on whom you ask.

Researchers asked black and white Americans to indicate, on a scale of one to 10, how harshly they perceived each of the two groups to be the target of racism, decade by decade, from the 1950s to 2010. Both groups agreed that anti-black racism was at its worst in the 1950s and has decreased over time. But researchers were surprised to learn that white Americans perceived themselves as the primary targets of racism in 2010, and they believed anti-black racism had declined faster and more substantially than black respondents did.

Livingston said the findings reflect one of the biggest contemporary challenges in achieving equity.

“There’s a problem, which is we cannot agree that there is a problem,” he said. “So, if you’re an organization that adopts diversity and inclusion policies, and people don’t understand why you’re doing that, then at best they are going to be apathetic to these policies and at worst actively resistant to them.”

Using the example of an unattended bicycle on the street, he noted that these three areas dictate whether someone would steal the bicycle. Some people would never take something that doesn’t belong to them because that goes against their values, Livingston said. Others might steal the bicycle if no one was watching, but they otherwise refrain from doing so because theft is culturally unacceptable. Lastly, some might not care about values or cultural norms but don’t steal the bike because they don’t want to face legal repercussions.

“Those three things are the perfect trifecta,” he said. “Organizations have to create policies that promote diversity, equity and inclusion; build a culture that creates greater belonging; and hire individuals who believe in the tenets, or values, upheld by the organization.”

These principles are closely aligned with the Brigham’s ongoing work to create a more transparent, diverse, inclusive and innovative culture, said Normella Walker, MA, CDP, director of Diversity and Inclusion.

“Each of us plays an essential part in shaping the Brigham Experience in our day-to-day decisions and actions. As individuals, our behaviors should reflect our shared values, contribute to an inclusive culture and be consistent with our policies,” Walker said. “Dr. Livingston’s remarks echo our own journey of cultural transformation and our vision for who we are — and where we want to be — as a community.”