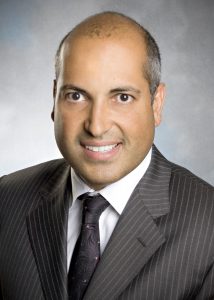 Some patients planning to undergo surgery to treat breast cancer face an important choice: Remove just the visible tumor to conserve as much breast tissue as possible, also known as a lumpectomy, or remove the breast entirely to hopefully eliminate all possible traces of the disease, a procedure known as  a mastectomy.

A recent study led by Brigham investigators found that, all other factors being equal, the surgical option patients chose varied considerably based on their geography.

Treatments such as chemotherapy or immunotherapy can shrink breast tumors prior to surgery and in some cases allow patients who would otherwise require a mastectomy to safely undergo a lumpectomy. Yet about 55 percent of U.S. patients with triple-negative breast cancer who become eligible for a lumpectomy select that surgical option, compared to 80 percent of patients in Europe and Asia, the new JAMA Surgery study showed.

The team found that patients treated in European or Asian countries were 2.6 times as likely to choose a lumpectomy over a mastectomy compared to those treated in the U.S. when adjusted for clinically significant factors.

For corresponding author Mehra Golshan, MD, MBA, the Dr. Abdul Mohsen and Sultana Al-Tuwaijri Distinguished Chair in Surgical Oncology at the Brigham and director of the Breast Surgical Oncology Fellowship, this is a profound difference.

“Our goal here is not to say whether women should have had a lumpectomy instead. The decision isn’t wrong — I’ve been through cancer treatment myself, and it’s a very personal process in decision making,” Golshan said. “However, it’s important to recognize that based on the same medical information, patients in different countries are making very different decisions. The next question to ask is why.”

Previous studies have found that lumpectomy with clear margins — that is, when no cancer cells are found in surrounding tissue — followed by radiation therapy is as effective as mastectomy, with no difference in survival. Mastectomies require more extensive surgery and post-surgical recovery. However, women who have undergone a lumpectomy have a slightly higher risk of developing local recurrence of breast cancer.

Golshan and colleagues conducted their analysis as part of BrighTNess, a randomized controlled trial that enrolled 600 women from around the world with the same type of breast cancer, diagnosed at stage II or III. Study participants were selected at random to receive one of three different chemotherapy treatment regimens for 12 weeks prior to surgery. By the end of chemotherapy, nearly 90 percent of women were considered eligible for a lumpectomy.

Yet many women in that latter group — including about a quarter of those who tested negative for a genetic mutation for breast cancer — decided to have a mastectomy. Globally, 68 percent of women who were eligible for a lumpectomy opted for one. But this rate varied significantly based on the country in which the patient received treatment.

The authors suggested that the higher out-of-pocket costs of mastectomies for patients in Europe and Asia may contribute to their findings. In Europe and Asia, removal of the unaffected breast and breast reconstruction are often not covered by health insurance systems unless the patient has a genetic mutation that puts them at risk. In the U.S., such procedures are more frequently covered. The study team was unable to ask patients whether insurance coverage influenced their surgical decision.

“Today, the vast majority of breast cancer patients have options,” said Golshan. “We need to better understand how patients and surgeons perceive the risk of disease and how this may factor into the surgical decision-making process.”

One Response to “Lumpectomy vs. Mastectomy: Patients’ Surgery Choices Vary by Geography”