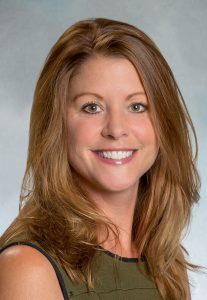 Levels of inflammation in a person’s body may be the key to predicting cognitive outcomes for people with bipolar disorder, a new Brigham-led study suggests.

Treatment of bipolar disorder largely focuses on controlling episodes of depression or mania. Even when these symptoms are well managed, however, some patients will experience cognitive deficits while others will show cognitive resilience. Understanding why people with the same clinical diagnosis have such different symptoms and outcomes could lead the way to better treatments. Investigators from the Brigham have conducted the largest study to date that examined whether inflammation may play a central role in patient outcomes among people with bipolar disorder. The team reported that levels of a biomarker of inflammation were significantly higher among patients with poor cognitive performance, pointing to a potentially modifiable risk factor for cognitive deficits. Their findings are published in Molecular Psychiatry.

“We know that one person with bipolar disorder may be very different from another, and these findings support this,” said corresponding author Katherine Burdick, PhD, associate vice chair for Research in the Department of Psychiatry and director of the Mood and Psychosis Research Program. “Hundreds of things can contribute to cognitive decline, from poor sleep to lack of exercise to poor diet. There’s mounting evidence that inflammation may be an important driver, too.”

To conduct their study, Burdick, lead author Caitlin Millett, PhD, a postdoctoral research fellow in the Mood and Psychosis Research Program, and their colleagues recruited patients with bipolar disorder whose mood was clinically stable at the time of assessment. The study included 222 participants with bipolar disorder and compared their results to 52 healthy individuals. Participants underwent a battery of cognitive tests, and the team measured levels of C-reactive protein (CRP), a marker of systemic inflammation and risk of inflammatory disease.

The team found that levels of this protein were tied to cognitive function. High levels of CRP significantly predicted cognitive decline among participants with bipolar disorder, even after controlling for factors such as age, education and more.

Previous studies by other Brigham investigators built the case that high levels of CRP are both a marker of inflammation and a predictor of heart attack risk. Inflammation and CRP are now tied to risk of many diseases — some of them unexpected — including colon cancer, obstructive sleep apnea, rheumatoid arthritis and more.

Burdick, Millett and colleagues note that because CRP is such a global marker of inflammation, further study of patients with bipolar disorder is needed. The team has plans to conduct a more in-depth study of the participants to measure how CRP levels and other more specific immune markers may change over time. This will provide a clearer picture of whether inflammation causes cognitive decline.

“Cognitive impairment is a core component of bipolar disorder. Because of its significant role in predicting a person’s level of functioning in their everyday lives, this needs to be considered a treatment target,” said Burdick. “The message here is an optimistic one: This is a marker of something we can actively change, which opens the door for hope.”