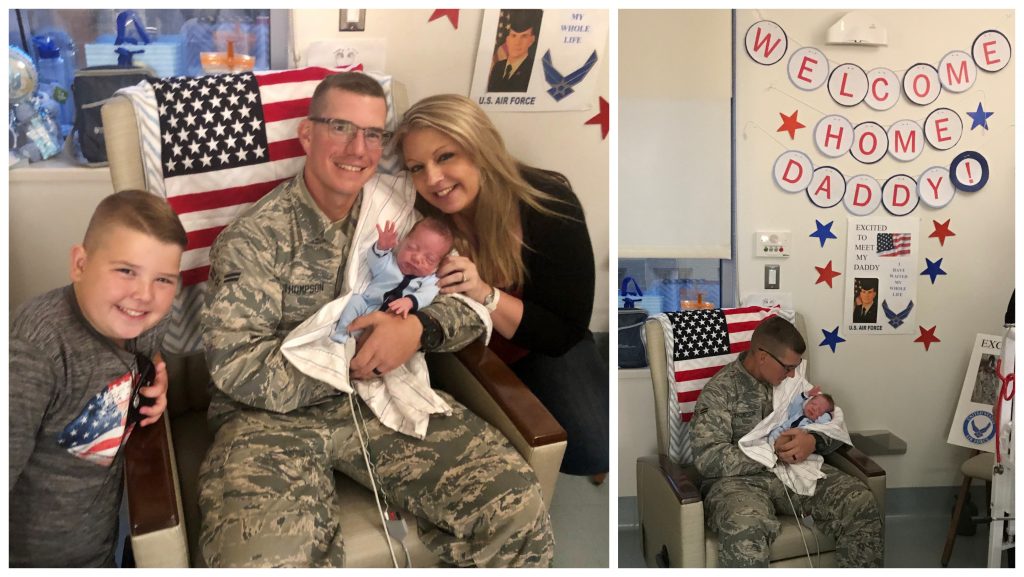 The Thompson family shares a joyful reunion in the NICU.

Baby Bentley was born at 29 weeks this summer and was transported by MedFlight to the Brigham. His mother, Lisa Thompson, followed by ambulance. Her husband, Airman 1st Class Craig Johnson, had called the ambulance for her all the way from Texas, where he was stationed with the Air Force Reserves.

Because Craig was on six-month active duty at the time of his son’s birth, he did not meet Bentley until almost seven weeks later. On Aug. 22, he flew to Logan Airport and was met by family, including Bentley’s big brother, Dylan. Together, they went directly to the Brigham’s Neonatal Intensive Care Unit, where father and son met for the first time. Baby Bentley is now home and doing well.