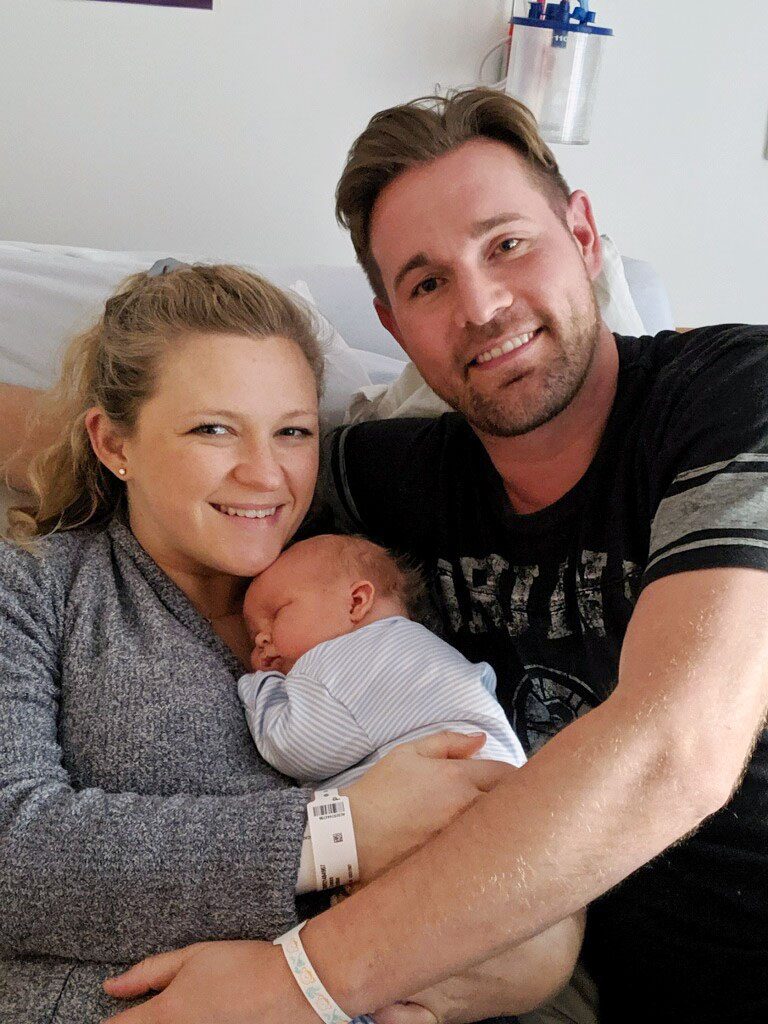 Kristen and Craig Shames with their son, Harrison

Kristen and Craig Shames of Boston always knew the day they welcomed their son to the world would be unforgettable — and some unusual timing made it even more special.

His timing isn’t entirely coincidental. Kristen knew she would need a planned Cesarean section in mid-September. When her Brigham obstetrician, Jim Greenberg, MD, lightheartedly asked if she wanted to schedule it for a palindrome day, she and Craig were on board.

“It became this fun thing, and I thought for sure that I would go into labor beforehand,” Kristen said. “Much to my surprise, he wound up being right on time.”

While the story has given them an adorable anecdote, Kristen said the most memorable part of her family’s time at the Brigham was the outstanding care they experienced.

“The care we received at the Brigham was, in a word, exceptional. We were in awe of the kindness and care shown to us by nearly every staff member we interacted with,” she said. “We are overflowing with gratitude for the doctors and nurses at the Brigham who helped us safely bring our little one into the world.”

One Response to “Family Welcomes a Precious (and Punctual) Delivery”