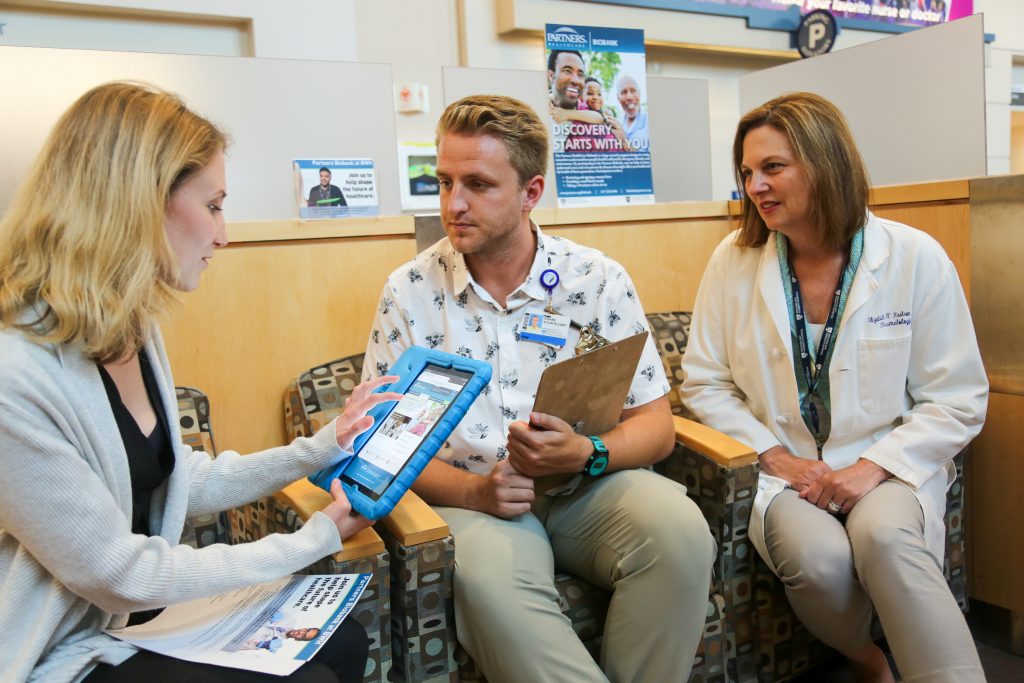 Kristine Trudeau enrolled in the Partners HealthCare Biobank knowing she wanted to help advance medicine and potentially save lives. She never thought that her participation would eventually save her life, too.

Trudeau, a Brigham patient who lives in West Springfield, was recovering from a double lung transplant when she made the decision to join the Biobank — a long-term research program designed to help researchers and clinicians at the Brigham, Massachusetts General Hospital and other Partners institutions understand how genes, lifestyle and other factors affect people’s health and contribute to disease.

This spring, the Biobank surpassed 100,000 participants, making it one of the largest biobanks in the country helping to accelerate clinical research that will allow physicians to better understand, treat and prevent diseases now and in the future. As of today, the program has about 106,000 participants and is on track to reach 110,000 this fall.

After submitting a blood sample to the program, Trudeau, a geriatric home care and hospice nurse, was contacted by the Biobank and learned that genetic testing had revealed something unusual in her sample: a genetic marker that increases risk for breast, ovarian and prostate cancer. She opted to have her research result clinically confirmed and discussed the implications of clinical genetic testing with Carrie Blout, MS, CGC, a senior genetic counselor in the Brigham’s Genomes2People Program, which conducts research on the return of genomic information.

Following another DNA sample, Trudeau discovered she tested positive for a harmful variant in the BRCA2 gene, meaning she was at a high risk of developing breast or ovarian cancer. Blout encouraged her to meet with an oncologist, who recommended that Trudeau immediately begin aggressive monitoring for breast cancer and offered her the option to consider preventive surgical options, including having her ovaries and fallopian tubes removed.

As a result of the enhanced surveillance, Trudeau was diagnosed with breast cancer shortly thereafter. Fortunately, the cancer was found early, and she underwent a double mastectomy and oral hormone suppressant for treatment. In addition, she elected to have her ovaries and fallopian tubes removed. She is now in remission and credits her participation in the Biobank with helping her to take control of her health.

“I would have never known that I was at risk if I hadn’t donated to the Biobank,” said Trudeau. “I’d had a mammogram less than a year before and I had no issues. This information prompted the breast surveillance, and because I knew I was BRCA2-positive, once the cancer was detected, I opted to have the double mastectomy to help reduce further risks. If I hadn’t known this, I may not have made that decision. Having this information not only helped me. Because this is genetic, I was also able to encourage my sister to get tested, and at some point my children will be tested so that they can take precautions as well.” 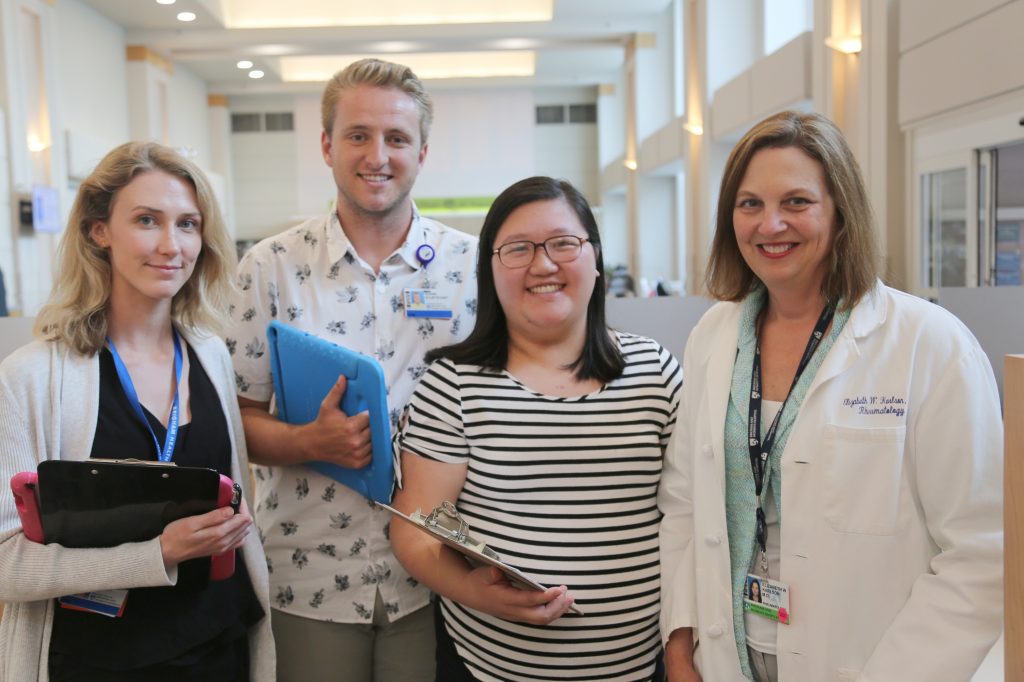 The Biobank has roots at the Brigham. The hospital’s former OurGenes, OurHealth, OurCommunity research program launched in 2009, merging with the Partners Biorepository for Medical Discovery at Mass General in 2013. The joint effort was renamed the Partners Biobank.

Participants provide a small blood sample that is linked to their electronic health record data as well as a self-reported health survey and their family medical history. After DNA research testing is performed, the samples and data relating to them are stored in a repository that is available to investigators at all Partners institutions. To date, the Biobank has provided samples or data to more than 200 studies.

“The Biobank has truly revolutionized the way we do research at Partners, and the more participants we have, the more powerful the resource is,” said Elizabeth Karlson, MD, of the Brigham’s Division of Rheumatology, Immunology and Allergy and one of the original leaders of the Biobank. “In addition to the sample size, a key differentiator for our Biobank is the electronic portal that we developed to help researchers search for disease phenotypes and request the data and/or samples they need for their studies.”

Biobank researchers have been able to detect potential health issues for participants before any clinical symptoms were present. When a finding occurs, research geneticists refer patients to the appropriate clinical services at the Brigham, Mass General or Dana-Farber Cancer Institute. In some cases, participants knew that they had a personal or family history of the medical problem but did not know they were at genetic risk. In other cases, the Biobank was able to identify that participants were at risk of developing health concerns they had no prior knowledge of based on their personal or family medical history.

Scott Weiss, MD, principal investigator at the Biobank and scientific director of Partners HealthCare Personalized Medicine, said that greater participation in the Biobank enables Partners to increase the scale and scope of research and provides researchers with access to data and information that would otherwise take them years to source.

“This is a significant milestone for Partners and the research community,” he said. “We are already seeing tremendous results from the Biobank, both for individual patients with known health concerns to larger studies helping us identify diseases like Alzheimer’s and cancer in patients who have yet to develop any symptoms.”

To learn more about the Biobank or enroll as a participant, visit biobank.partners.org.