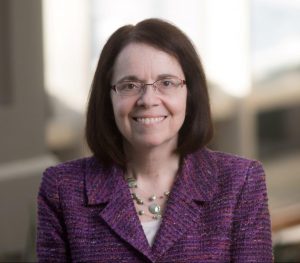 “Dr. Klibanski has been a wonderful colleague and friend to many at the Brigham over the years, and has distinguished herself as a strong, passionate and effective leader during her tenure as interim president and CEO,” said Brigham Health President Betsy Nabel, MD. “I look forward to working closely with her as we continue to build a fully integrated academic medical system to better serve our patients and their loved ones.”

As interim president and CEO, Klibanski oversaw several major initiatives, including Partners 2.0 and several high-level board task forces aimed at examining a range of crucial strategic and operational issues at Partners. The goal of this work is to ensure Partners is primed to deliver on its mission in an efficient, integrated manner. In recent months under Klibanski’s leadership, those task forces have completed their work, and implementation of their recommendations will begin in the coming weeks and months.

“Over the past several months, it has become increasingly clear to each member of the board that Anne is the ideal leader for Partners as we move forward together as a truly integrated system,” said Scott Sperling, chair of the Partners Board of Directors. “Anne has done an outstanding job of managing this large and complex system as we continuously work to provide care of exceptional quality at the lowest-possible cost. Her long and extraordinary experience and leadership in research and teaching is so important to a system that is the global leader in life sciences research and the educator of the next generation of doctors and health system leaders. Her commitment to serving the unmet need of our local communities is crucial.”

In her prior role as chief academic officer, Klibanski led multiple systemwide efforts aimed at clinical and educational collaboration and oversaw the Partners research enterprise of more than $1.8 billion annually. She also previously served as the chief of Neuroendocrine at Massachusetts General Hospital and is recognized internationally for her high-impact research in neuroendocrine disorders and pituitary tumors.