New England is known for its unpredictable weather, inspiring that adage that you can experience all four seasons in a single day here. This was truer than ever for the 33,000 runners participating in this year’s Boston Marathon on April 15. The 143 members of the Stepping Strong Marathon Team were among those powering through a mix of heavy rain, biting cold winds, steamy humidity and a much-welcomed glimpse of sunshine after raising $1.3 million to advance trauma research and care. Inside this week’s Brigham Bulletin, a few Stepping Strong runners share their memorable moments from this year’s race. 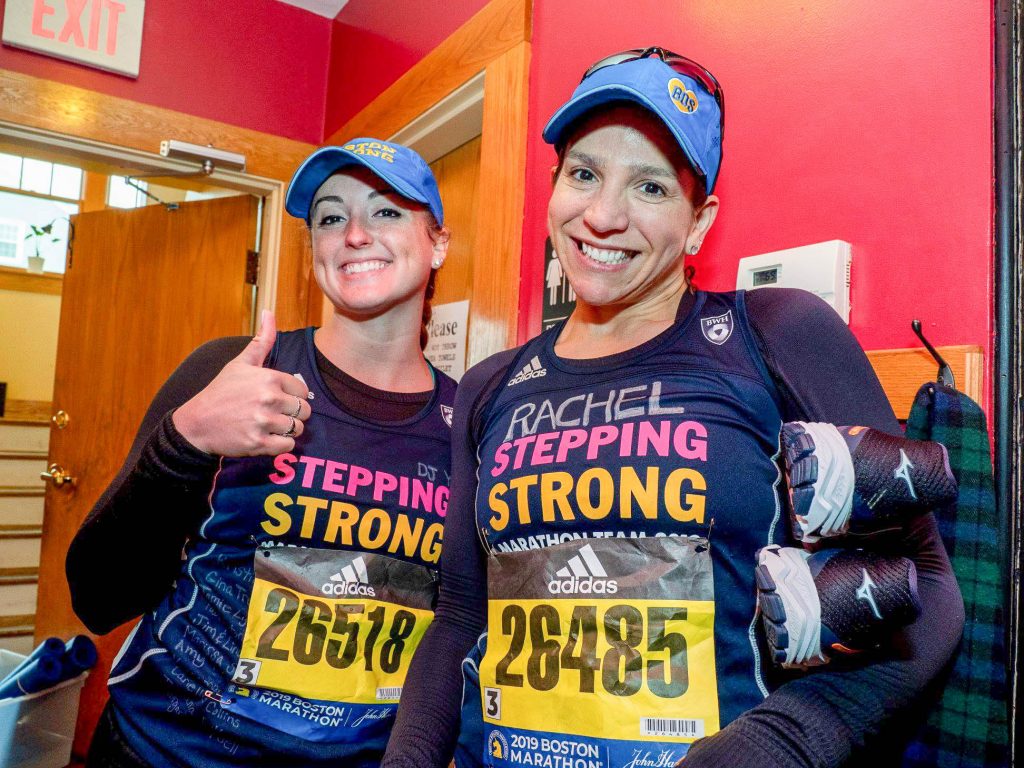 “This was my fourth marathon and my second with Stepping Strong. It’s the best team I’ve been part of — it’s like a family. We train together. We have these big dinners together. There are movie nights and a New Year’s party. The most memorable part of this marathon was running with teammates who became great friends. Being able to take the bus with them, start with them and run with Rachel the whole way was special. My mom also texted me at every mile: ‘You got this.’ ‘You’re so close.’ ‘You’re going so fast.’ With this year’s weather being all over the place, having both their support really helped me. I would’ve stopped more without them.” — Theresa Latona (left)

“The crowds were amazing. Hearing people on the sidelines scream my name from Hopkinton to Boston was huge. I knew that would get me through, and running the race with Theresa made it an especially incredible experience.”
— Rachel Burstein (right) 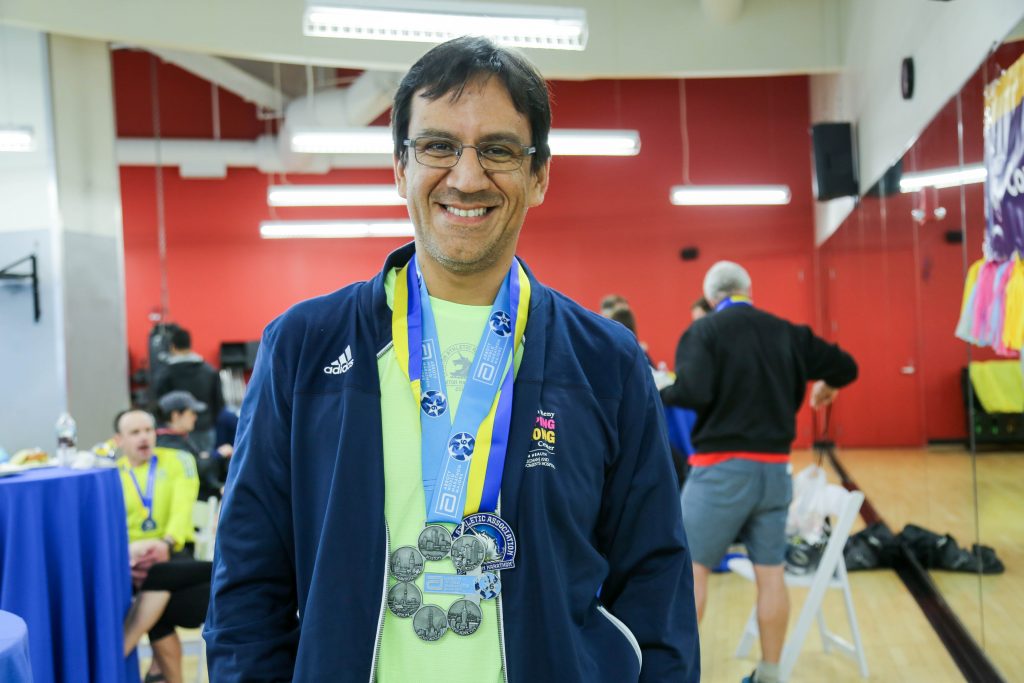 “In completing the Boston Marathon — my longtime dream — I earned the Abbott World Marathon Majors’ Six Star Finishers medal. I already did marathons in Tokyo, London, Berlin, Chicago and New York. I was just missing Boston, so today I became one of about 100 people who got this medal out of today’s 30,000-plus runners. I’m still processing it.

But just as importantly, I was thrilled to run for Stepping Strong and support its mission to give people a chance to literally get back on their feet and make the impossible possible. I’m a physician, so this is very close to my heart.” — Edgard Vera, MD, FACP 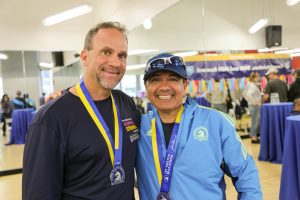 “This was a very tough race for me. I had a lot of cramping and had to stop at the medical tent twice. I really did want to quit, but I reflected on the wonderful atmosphere created by 100,000 people on the sidelines cheering us on. The crowds are incredible. The best moment of all, though, was seeing my family cheering for me at mile 26. I just started crying. It was amazing to see them.”
— Adam Devlin (left)

“I’ve actually done 39 marathons, but this is my first one after having open-heart surgery, so, in a way, it’s like my first marathon all over again. I also made a lot of friends such as Adam and my other Stepping Strong teammates. Adam and I met when we both came into town for the team’s final training run, and we instantly clicked. Having done so many marathons, you’d think I’d be used to the whole experience, but this one was very special. Even though it kicked my butt, it was really the most fun I’ve ever had at a race.” — Aftab Husain (right)

Applications for the 2020 Boston Marathon will be available on Sept. 9, 2019. Explore runner perks, learn what we support, and register at bwhmarathonteam.org.

Founded with a vision to turn tragedy into hope, the Brigham’s Gillian Reny Stepping Strong for Trauma Innovation marks its fifth anniversary this year and continues to advance its goal of transforming trauma research and care for civilians and military trauma survivors.

Audrey Epstein Reny and Steven Reny established the center to honor the Brigham medical team that saved their daughter’s life and limbs in the aftermath of the 2013 Boston Marathon bombings.

“It is remarkable to reflect on how far we have come,” said Audrey Epstein Reny, the center’s co-founder and advisory board chair. “In just five years, a fund has given rise to a physical center, seed money has been leveraged into larger federal funding, and a small group of family and friends dedicated to changing outcomes for trauma patients has grown into a global community of physician-scientists, runners and philanthropists.”