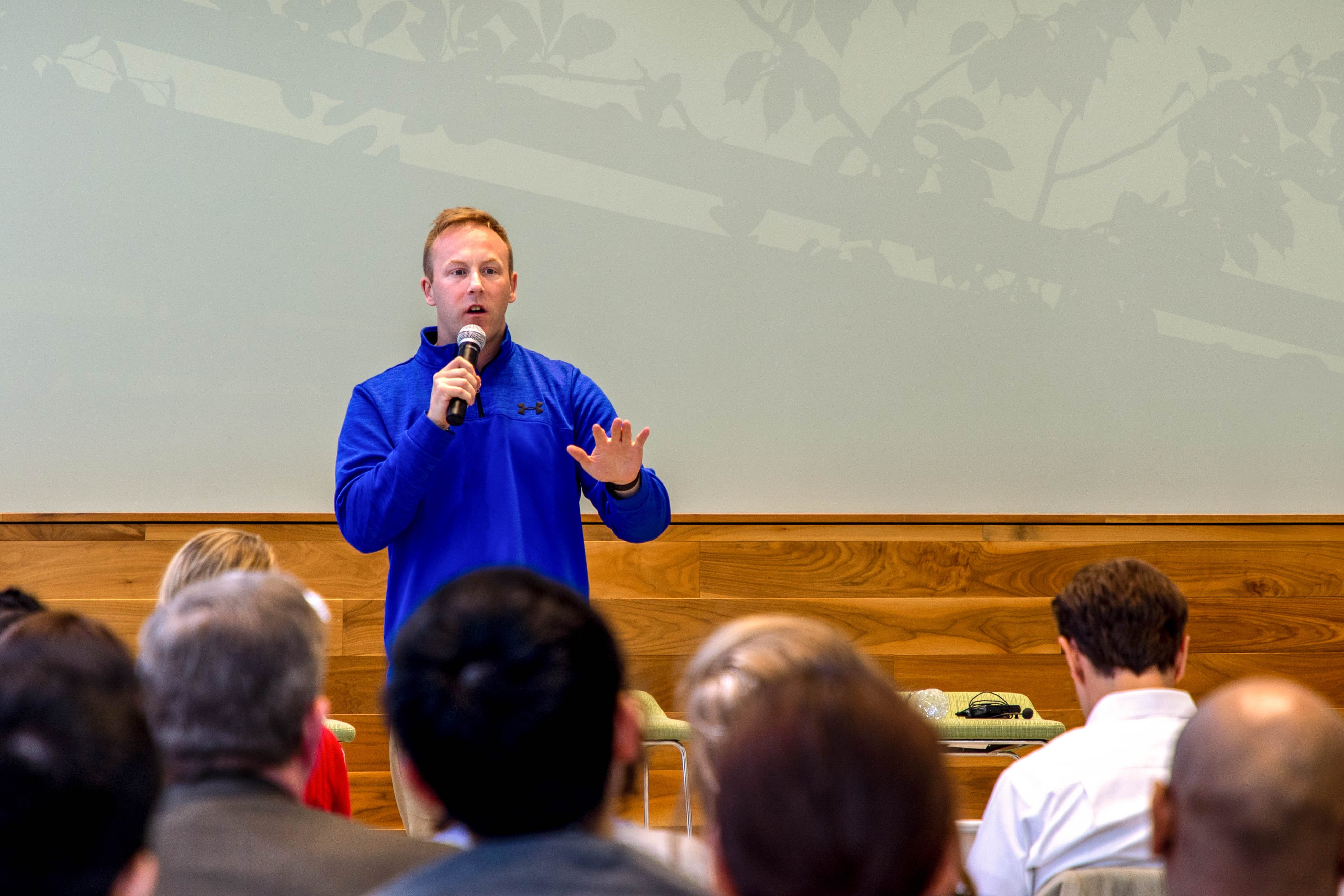 Jack Kelly shares his personal experiences with opioid use disorder and his path to recovery.

For Jack Kelly, ice hockey was always the end game.

As a teenager on a highly competitive high school team in the late 1990s, the Boston native was a standout player. During a particularly contentious faceoff, 13-year-old Kelly was checked by an opponent and dislocated his shoulder. Despite rest and physical therapy, his penchant for fast, energetic play exacerbated the injury. After two years of pain, he underwent rotator cuff surgery and was prescribed an unfamiliar medication — Percocet — as part of his care plan.

“I was very naïve to opioid pain medicine,” Kelly shared during a Brigham Digital Innovation Hub (iHub) event, “Solving the Crisis with Opioid and Pain Innovations,” on April 2. “When people in my community saw my arm in a sling, they began to ask me what I had been given for pain medication and offered me money in exchange for it. It was fascinating — I remember asking myself, ‘Why do they care this much?’”

The iHub event, hosted in partnership with MassChallenge HealthTech, welcomed experts from across Brigham Health and the Boston digital health community to discuss current innovative initiatives and opportunities for future innovation in caring for and managing pain. Kelly was its keynote speaker.

The interest that others had in Kelly’s prescribed painkillers planted a seed of curiosity in the young boy’s mind. Cooped up at home after school due to his injury, he realized that, for as far as he could remember, he had nothing to do until his shoulder healed.

One day during this period of his life, Kelly went upstairs to his bathroom and took a few of his prescribed pills to satisfy his curiosity.

“For the first time ever, I felt like I was home; I felt whole,” he said, explaining that the drug’s effects helped him feel comfortable in his own skin. “I thought to myself, ‘This is where I want to be for the rest of my life.’”

Kelly describes what happened next as a quick downward spiral that included convincing his doctor that he needed more medication. When he ran out, he started misusing prescribed OxyContin and then heroin.

“At the time, I was captain of the fourth-best hockey team in America and I was being recruited, but I didn’t care about any of that; all I cared about was getting high,” he said.

He began to steal money from his parents and sleep in Boston Common.

Following a harrowing stretch, Kelly credits the Boston Rescue Mission, a nonprofit supporting people who are homeless or at risk for homelessness, with welcoming him into their shelter and treating him with compassion and humanity. It was there that he began to interact with others faced with substance use disorder and found his calling: “No matter what I do in life, I’m going to try to uplift people,” he said.

As he embarked on the path to recovery, Kelly also took several local jobs and was grateful for an opportunity to become an ironworker, which he said gave him self-esteem and a sense of belonging among his union colleagues.

Through resilience and a desire to help others, he ran for Boston City Council in 2013 at the age of 32, garnering 24,000 votes and a Boston Globe endorsement. He has also worked for former Mayor Menino and was elected as a delegate to the 2008 Democratic National Convention. Today, he is a published author and a startup founder who worked with developers to launch an app, iRecover, to help those in recovery find support groups and other services.