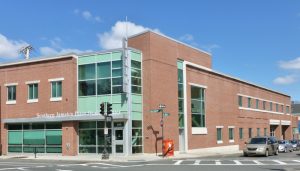 According to the Centers for Disease Control and Prevention, more than 30 million Americans have diabetes, and one in three are unaware of their diagnosis. Latinos face an above-average risk for developing the disease and are about 50 percent more likely to die from diabetes than white U.S. patients. A program at Southern Jamaica Plain Health Center (SJPHC) is working to change that.

Comunidad en Acción, which translates to “Community in Action,” provides free services and educational resources for Spanish-speaking patients with diabetes or pre-diabetes to help them better manage their overall health.

To date, the program has served 182 patients, primarily consisting of women over age 55. Most participants are immigrants from Spanish speaking countries who experience social isolation and financial challenges in addition to managing other chronic health conditions, such as high blood pressure and high cholesterol.

“Managing diabetes can be a lifelong and difficult task,” Rosselli-Risal said. “For our Spanish-speaking, low-income diabetic patients, this task is made even more difficult due to inequitable access to health knowledge, exercise opportunities and healthy food choices. The Comunidad en Acción program at SJPHC was founded on the belief that it is as important to empower these underserved patients as it is to provide them with the right advice.”

After receiving an initial grant from the Massachusetts League of Community Health Centers to help launch the program, Rosselli-Risal began to experiment with different types of educational health programming to see what would be most effective and culturally relevant for her patients.

For example, knowing that going to a commercial gym isn’t a big part of her patients’ culture, Rosselli-Risal looked for other opportunities for increasing physical fitness that would resonate better. When a yoga studio next to SJPHC closed and was then rented by the Brigham, she advocated for using the space to host Zumba and Spanish-language yoga classes for Comunidad en Acción participants.

At the heart of Comunidad en Acción is a two-hour class at the center, held Thursdays at 11 a.m. For the first hour, a nurse educator or social worker leads a weekly discussion about diabetes, weight management or mental health. During the second half, participants eat lunch together and socialize.

As the program progressed and participants grew closer to each other, their conversations evolved. Rosselli-Risal saw patients begin to feel comfortable speaking candidly about personal challenges, including discussing what it’s like to lose a loved one, familial hardships and the difficulties that come with living away from their home countries.

Soon enough, these friendships extended beyond the doors of SJPHC. When one patient was hospitalized for a terminal illness, several participants visited her. During this time, the patient’s Comunidad en Acción friends became her second family.

In addition to strengthening community bonds, the program has led to tangible health benefits for participants, including weight loss, reduced blood pressure and lower rates of depression.

Rosselli-Risal, an SJPHC physician for 20 years, said it has been immensely gratifying to see the program blossom.

“My happiest day of the week is Thursday,” she said. “It is a beautiful thing as a physician to be so close to my patients.”

While participants are not required to attend the program’s weekly Thursday meetings, Rosselli-Risal says 20 to 30 patients show up every week to participate in the many programs Comunidad en Acción has to offer. Her dream for the program is to expand it to community centers around in the country.

“I want to publish the results of this program so that people can see the effect of culturally relevant programming,” she said. “Giving patients the tools they need to learn about healthy living and prevention in their native language allows them to connect to the information.”