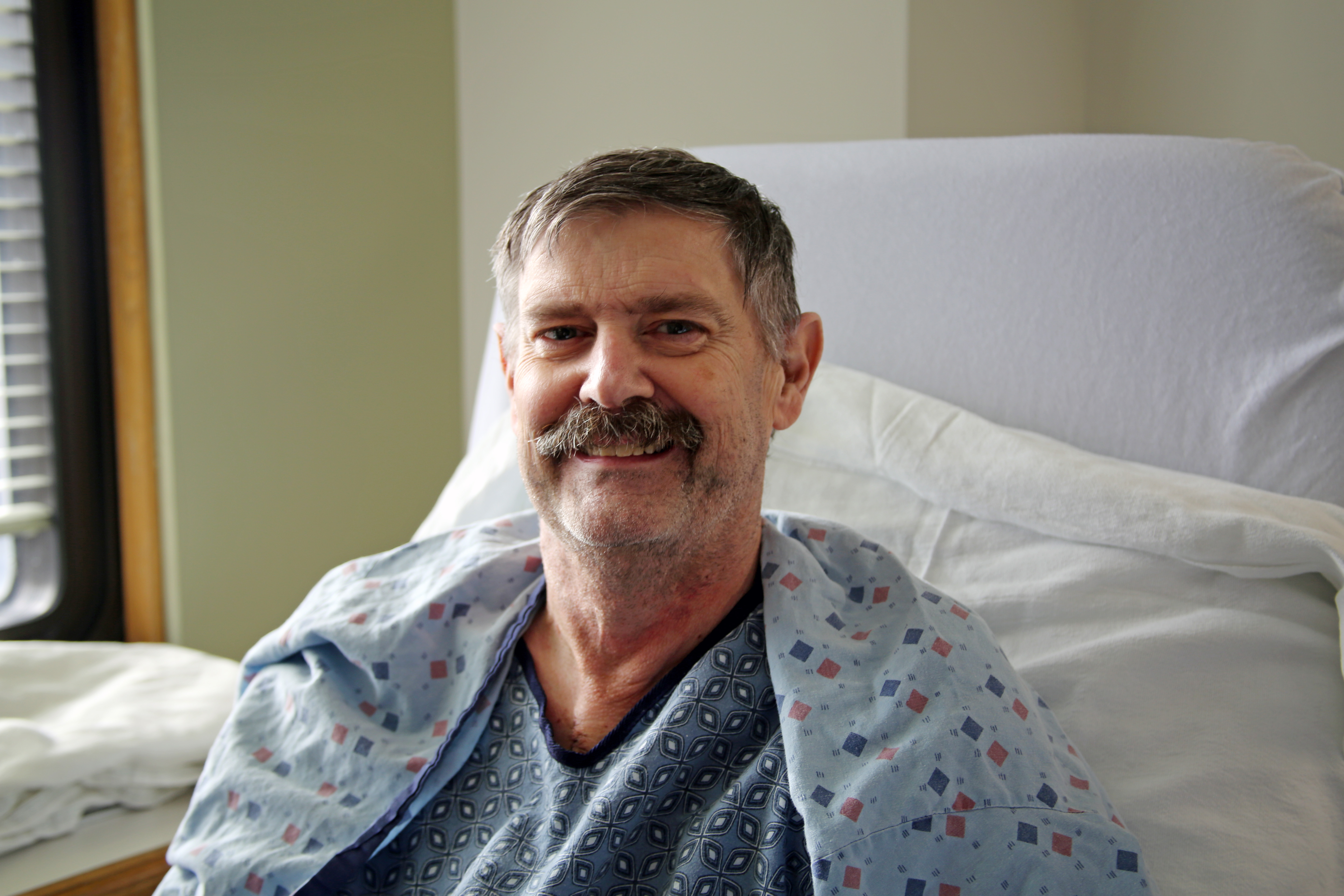 The Brigham has played an important role in the lives of Brian McMasters and his wife, Jane. For starters, their three children were born here. So, when doctors told McMasters he needed a double-lung transplant nearly 30 years after the birth of their first child, he didn’t think twice about where he wanted to have his surgery performed.

“I thought to myself, ‘What better place to get a new life than at Brigham and Women’s Hospital?’” McMasters said.

In January, he was admitted to the Brigham because his damaged lungs made breathing extremely difficult, depriving his body of vital oxygen. One day, after finishing his afternoon prayers in his hospital room, McMasters looked up and saw a doctor who was there to deliver the message he and his family had been waiting for: A compatible set of donor lungs was available for transplantation.

“I was elated,” said McMasters, a retired sergeant detective with the Boston Police Department. “It was a miracle — I was going to get my second chance at life.”

Hours later, the Braintree resident received his lung transplant, a life-changing milestone. His surgery was completed by a multidisciplinary team that included Antonio Coppolino III, MD, MSc, of the Division of Thoracic Surgery, Hari Mallidi, MD, FRCSC, section chief of Transplant and Advanced Lung Diseases in Thoracic Surgery, and Jeffrey Swanson, MD, of the Department of Anesthesiology, Perioperative and Pain Medicine.

For McMasters, the transplant resolved two serious, related lung conditions. The first was pulmonary sarcoidosis — a rare, debilitating inflammatory disease in which lung tissue becomes scarred or fibrotic, making breathing difficult and affecting the ability of the lungs to circulate oxygen. The other was pulmonary hypertension, a life-threatening condition McMasters developed because of the sarcoidosis. Like many patients with pulmonary hypertension, which causes high blood pressure in the arteries of the lungs and severe breathing problems, McMasters saw his health worsen over time.

The condition can potentially lead to heart failure. Prior to surgery, McMasters’ prognosis was not promising. His lungs were failing, and his heart muscles were weakening. He knew he wasn’t going to survive without a transplant.

But McMasters faced a race against the clock in another respect. If his health continued to deteriorate, he might become too sick to safely undergo the transplant surgery. Mallidi, who continues to supervise McMasters’ care post-operatively, said the team was relieved that the timing lined up and they could proceed with McMasters’ surgery when the donor lungs became available.

“As Brian’s lung disease progressed, he was no longer able to enjoy life,” Mallidi said. “It was gratifying to be able to help Brian. He has done very well initially after his lung transplant.”

‘A New Lease On Life’

After being home now for close to a month, McMasters says he feels stronger every day. He said he’ll pray for his donor and their family for the rest of his life because, without them, he might not have been able to look forward to his next chapter.

Valerie Durney, NP, CCTC, nurse practitioner on the Lung Transplant Program team, who met McMasters last August while he was being evaluated for a lung transplant, is thrilled McMasters is making great progress. She cared for him for several months to help him prepare for surgery and educate him about what to expect when he woke up with the ability to breathe without restriction.

“We are unable to predict when any patient is going to get ‘the call,’ so you need to be a cheerleader for them to stay positive,” Durney said. “No matter how scared Brian was, he was able to dig deep into himself to keep going, even when he was struggling physically.”

McMasters said he never would have been able to get through the past several years of his life, and certainly the last few months, if it weren’t for Jane — whom he described as his “rock” for their 36 years of marriage — and his multidisciplinary team at the Brigham.

“It’s an honor to be treated by world-renowned experts,” McMasters said. “I can’t say enough good things about my care team and what they did for me.”

McMasters continues to receive outpatient checkups at the Brigham as providers monitor his post-transplant progress. As his body gets stronger, he’s eager to resume everyday tasks — such as grocery shopping, taking walks and visiting the beach — which he hadn’t been able to do in years because of his poor health.

He’s also looking forward to meeting someone extra special who will be born later this year: his second grandchild. When McMasters first learned another grandchild was on the way, he wasn’t sure at the time if he’d ever have the chance to meet him or her.

“Now, it will be possible thanks to the Brigham and my donor,” McMasters said. “Thank you for my lungs and a new lease on life.”