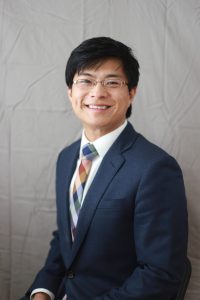 The cost of lifesaving medicines has skyrocketed in the U.S. over the past two decades. This is especially true for newer, analog forms of insulin medications—synthetic insulin products that mimic what the body produces naturally—and particularly for patients with insufficient drug coverage.

In 2015, CareMore Health, an integrated health delivery system and subsidiary of health insurer Anthem, piloted an intervention to switch members from analog to less expensive human insulin. After analysis, Brigham investigators found the switch was associated with a negligible increase in blood sugar levels.

“The change was so small that I do not believe it’s clinically meaningful or relevant,” said corresponding author Jing Luo, MD, MPH, of the Program On Regulation, Therapeutics, And Law (PORTAL) in the Division of Pharmacoepidemiology and Pharmacoeconomics.

“We also found this switch was not associated with serious hypoglycemic or hyperglycemic events and improved economic outcomes for patients and the health system.”

Luo, who also serves as a Brigham physician at the Phyllis Jen Center for Primary Care, and his team conducted a study of more than 14,600 older adults with type 2 diabetes participating in a Medicare Advantage plan. The team compared outcomes for more than 980 participants who switched from analog to human insulin to a comparative group of participants who did not switch.

In addition, the research team analyzed rates of serious clinical adverse events related to blood sugar changes. They found no significant differences in rates of serious events of either hypoglycemia or hyperglycemia when patients switched medications.

In terms of economic outcomes, 89 percent of filled insulin prescriptions were for analog insulin products before the intervention.

After the year-long implementation period, 70 percent of insulin prescriptions were for human insulin products.

“These results add to a growing body of literature suggesting that human insulins may result in similar clinical outcomes compared with insulin analogs for many patients with type 2 diabetes,” said Luo. “Our study provides real-world evidence from clinical practice that should reassure patients, providers and payors that it may be possible to switch to an older, less expensive insulin to reduce costs while preserving quality of care.”