Through a collaboration with an international team of researchers and anthropologists, Brigham faculty and staff performed CT scans on five mummies from 16th-century Greenland in the Shapiro Cardiovascular Center early last year. The team was looking for evidence of plaque in the arteries—also known as atherosclerosis—to see if the leading cause of death in the U.S. today was also prevalent centuries ago.

Sure enough, high-resolution scans of the mummified remains—belonging to four young adults and one child from an Inuit community—revealed telltale signs of the disease: hardened calcium deposits in various blood vessels in the chest.

“It’s always fascinating to look at humans who lived hundreds of years ago and see if learning about the past could teach us more about the present and future,” said Ron Blankstein, MD, associate director of the Brigham’s Cardiovascular Imaging Program, director of Cardiac Computed Tomography and a preventive cardiology specialist.

Blankstein was among the experts who scanned the mummies and interpreted the images last January, an event featured on National Geographic’s “Explorer” series this month. Other faculty and staff who helped conduct the scans included Kristen Burke, CT technologist; Marcelo Di Carli, MD, director of the Cardiovascular Imaging Program and chief of the Division of Nuclear Medicine; Abe Haboub, RT(R)(CT), cardiac CT manager; and Michael Steigner, MD, director of Vascular Imaging.

The effort was part of a broader project, led by a group of external researchers, to scan mummies from hunter-gatherer and preindustrial civilizations worldwide to search for signs of heart disease. The Brigham is one of several institutions to have participated and was approached based on the prestige of its cardiovascular imaging program, Blankstein said.

From Egypt to Mongolia and now Greenland, mummies throughout the ages have shown evidence of atherosclerosis. The Greenland mummies were particularly of interest due to their diet, which would have primarily consisted of fish and sea mammals.

While increased fish consumption is commonly touted as a heart-healthy diet—which may make the findings of atherosclerosis seem surprising—Blankstein emphasized that scientists still have much to learn about its exact relationship to cardiovascular health. For example, although it is known that consuming fish rich in omega-3 fats has benefits, some types of fish can also be high in cholesterol and, in the current era, contain toxins such as mercury or polycholrinated biphenyls (PCBs) that may pose some risk, he said.

There could also have been lifestyle factors, such as exposure to cooking smoke in their dwellings, that contributed to the mummified individuals developing cardiovascular disease during their lifetimes, Blankstein explained.

With all that in mind—and the small sample sizes of these mummy scans—he noted that the team’s findings shouldn’t be taken too much to heart, so to speak.

“The question of whether fish is good or bad for you is still open-ended, and it would be unrealistic to think that we could provide a definitive answer by scanning a small number of mummies for plaque,” Blankstein said. “Our team found it fascinating that there was evidence of atherosclerosis despite the mummies’ estimated young ages, but this also doesn’t mean cardiovascular disease is inevitable. In fact, the majority of cardiovascular disease events that we see in patients is preventable with appropriate diet, weight control and lifestyle changes, such as regular exercise; at times, medication can also be used to treat various risk factors.”

A Different Kind of Patient

Although the mummies needed to travel only a few miles from a museum in Cambridge to Longwood, bringing them to the Brigham was no small feat logistically. Working closely with the hospital’s Police and Security team, Brigham faculty and staff members spent countless hours coordinating with museum officials and the researchers on how to safely transport these extraordinarily rare, delicate remains.

Once inside Shapiro, scanning the mummies wasn’t too different from work the cardiovascular imaging team normally does. In fact, they were a little easier to scan than a living patient; normally, the CT scanner must account for the movement of a beating heart.

Interpreting the images required a different perspective, however, Blankstein explained.

“This is not the same as scanning a [living] human. All of the organs are decomposed—in fact, you don’t see much of the heart at all,” he said. “The major plaque we saw was not necessarily in the arteries of the heart but in some other blood vessels in the chest, such as the aorta or some arteries of the neck.”

In addition to satisfying the team’s intellectual curiosity, Blankstein hopes their findings will inspire people to learn more about atherosclerosis and how to reduce their risk.

“It was certainly an exciting and interesting experience, and I hope we can use it to promote awareness of this mostly preventable disease,” he said. 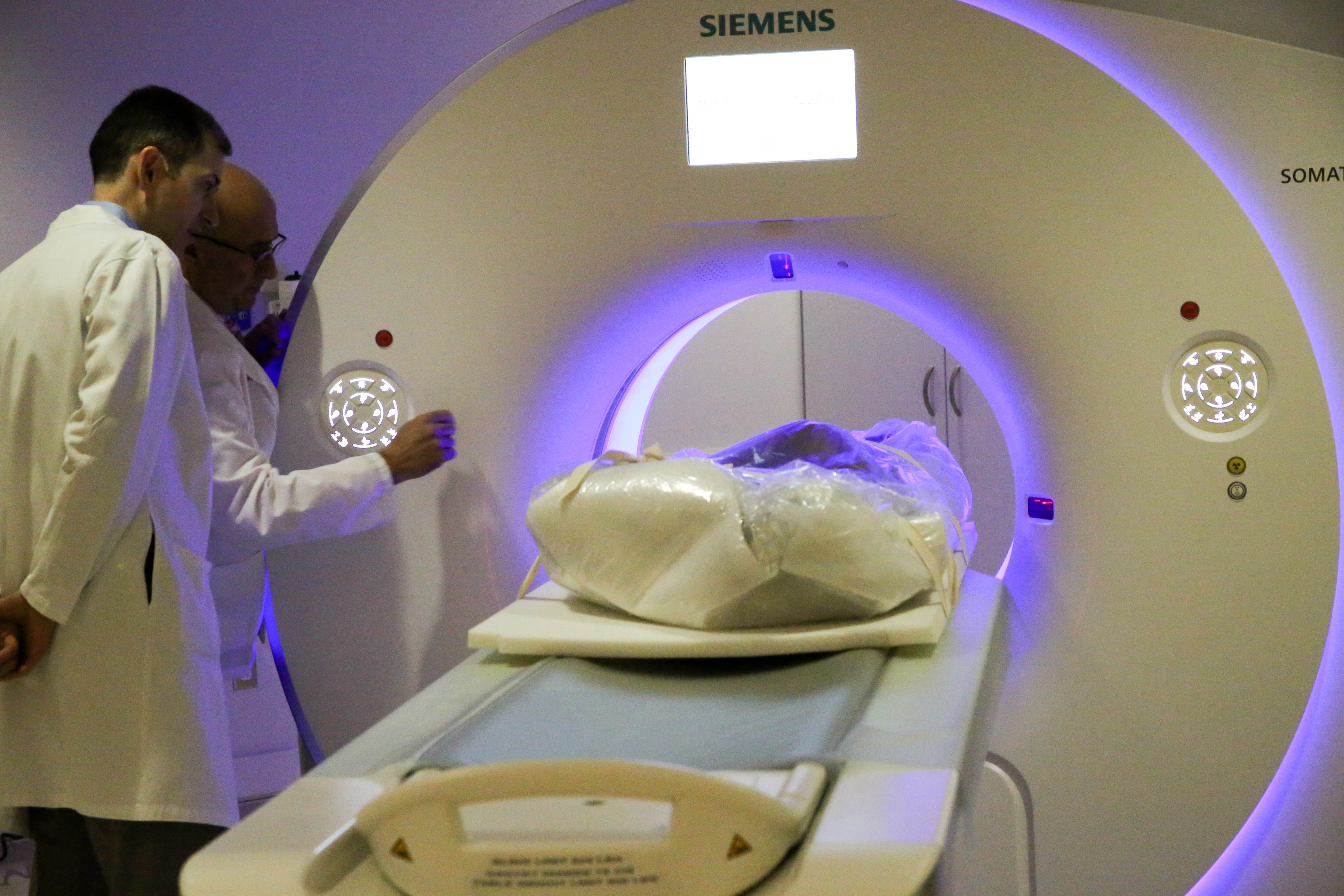 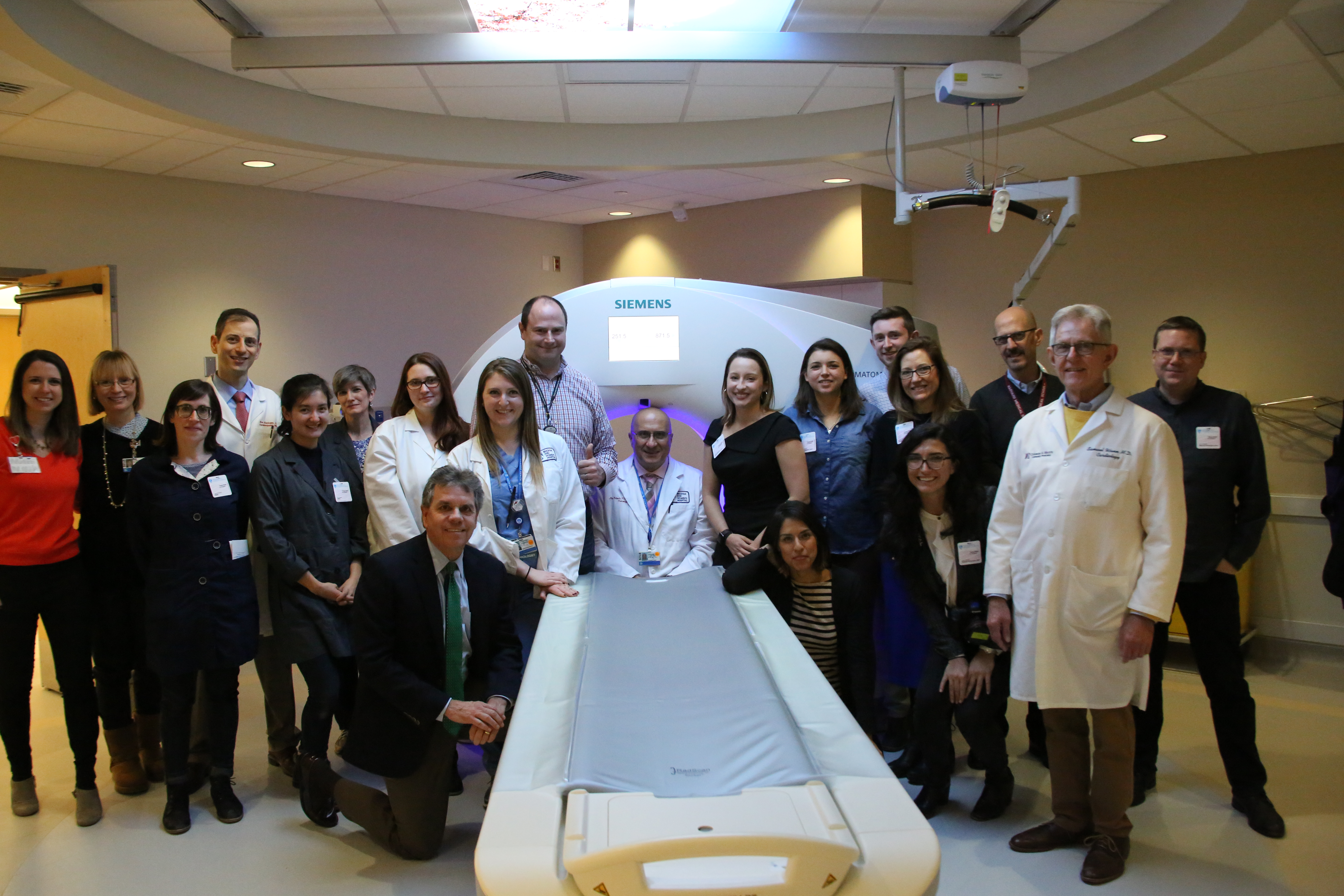 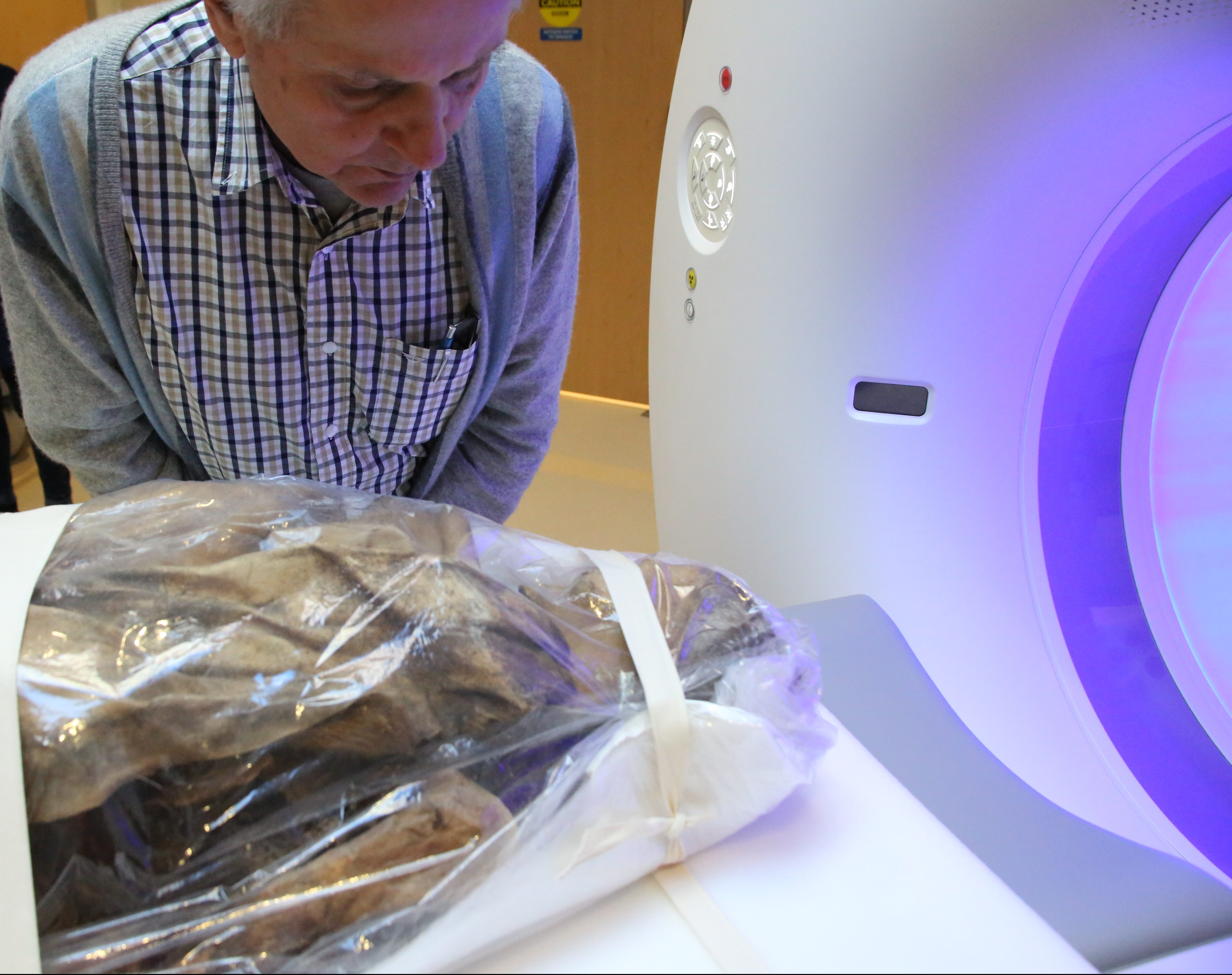 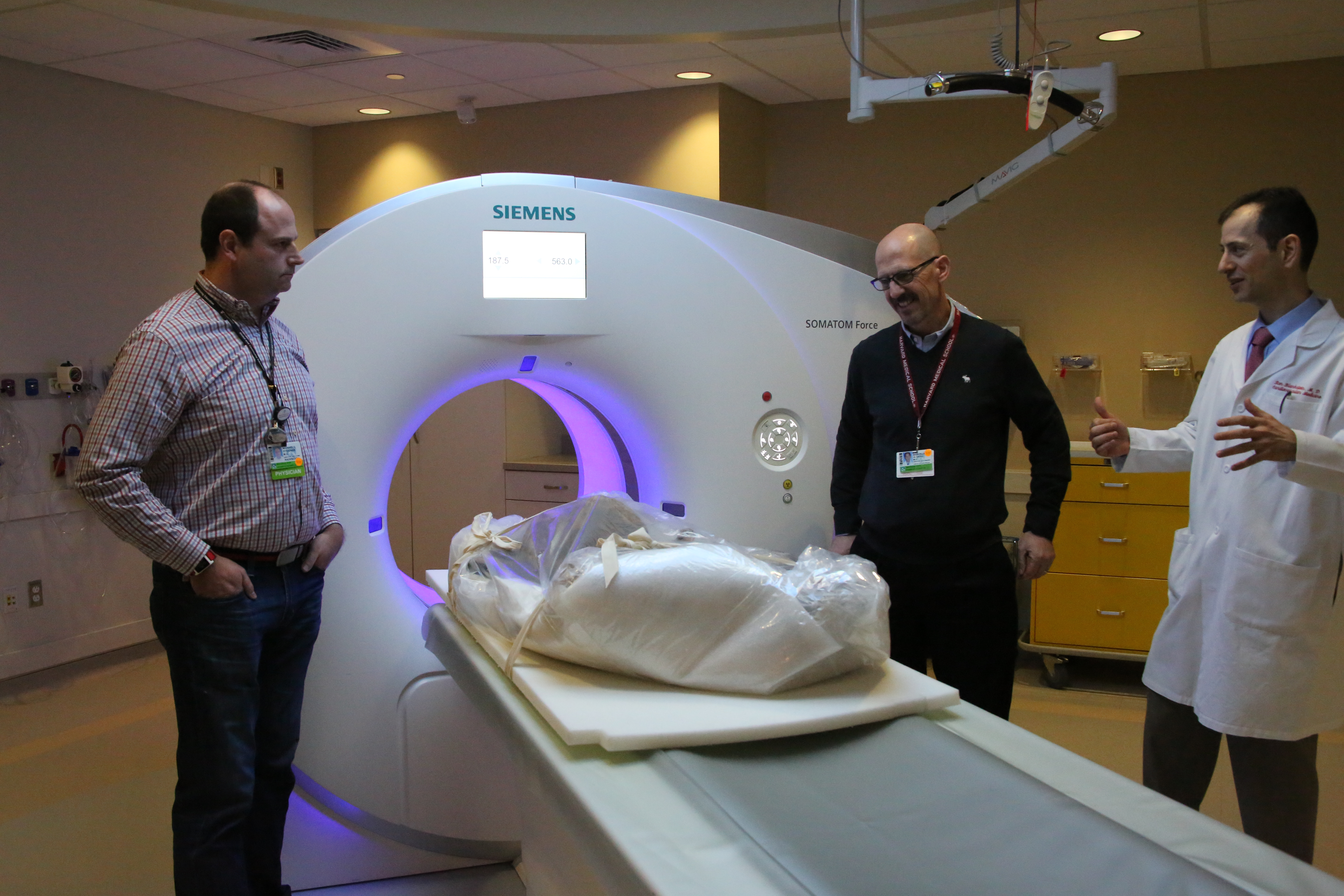 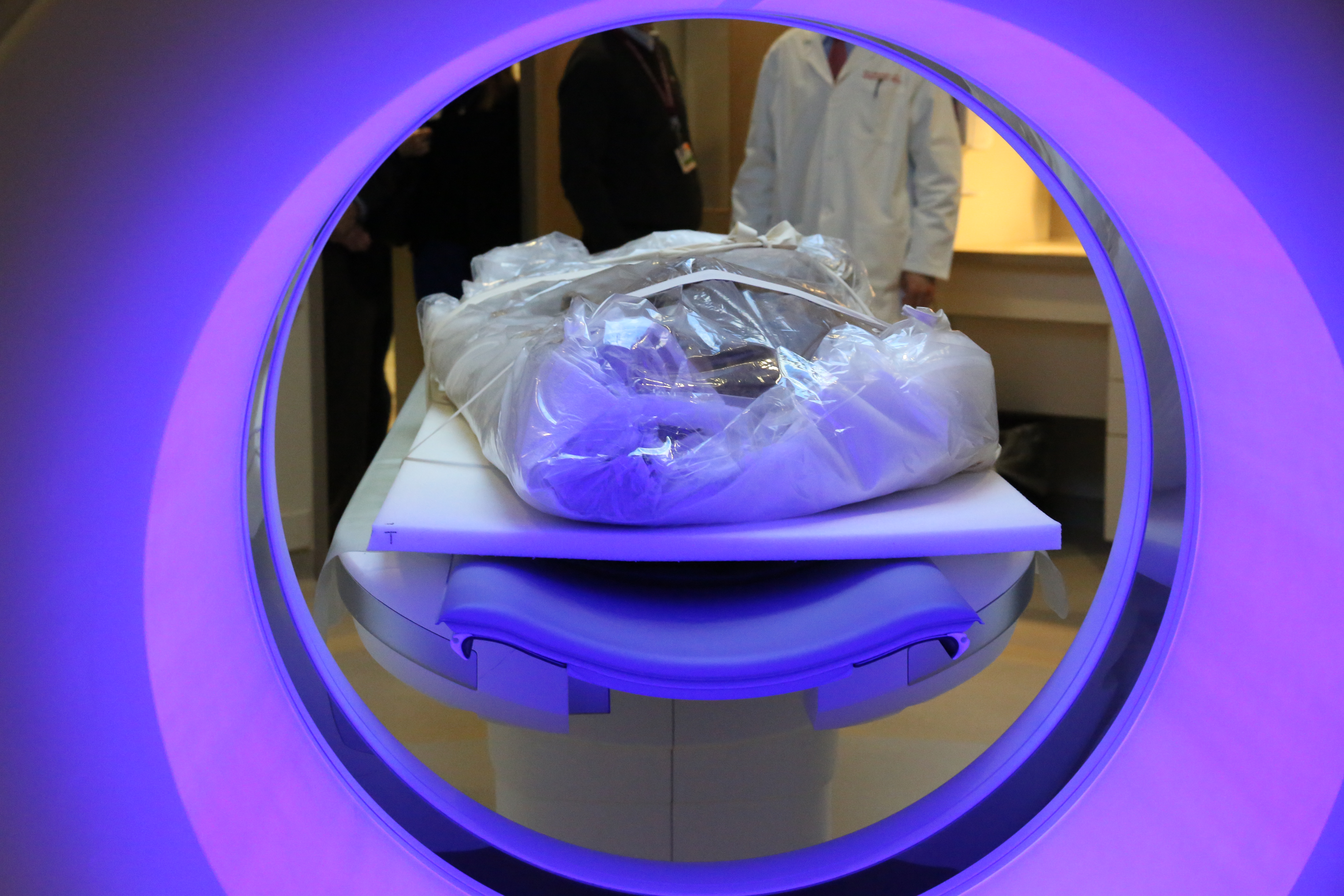 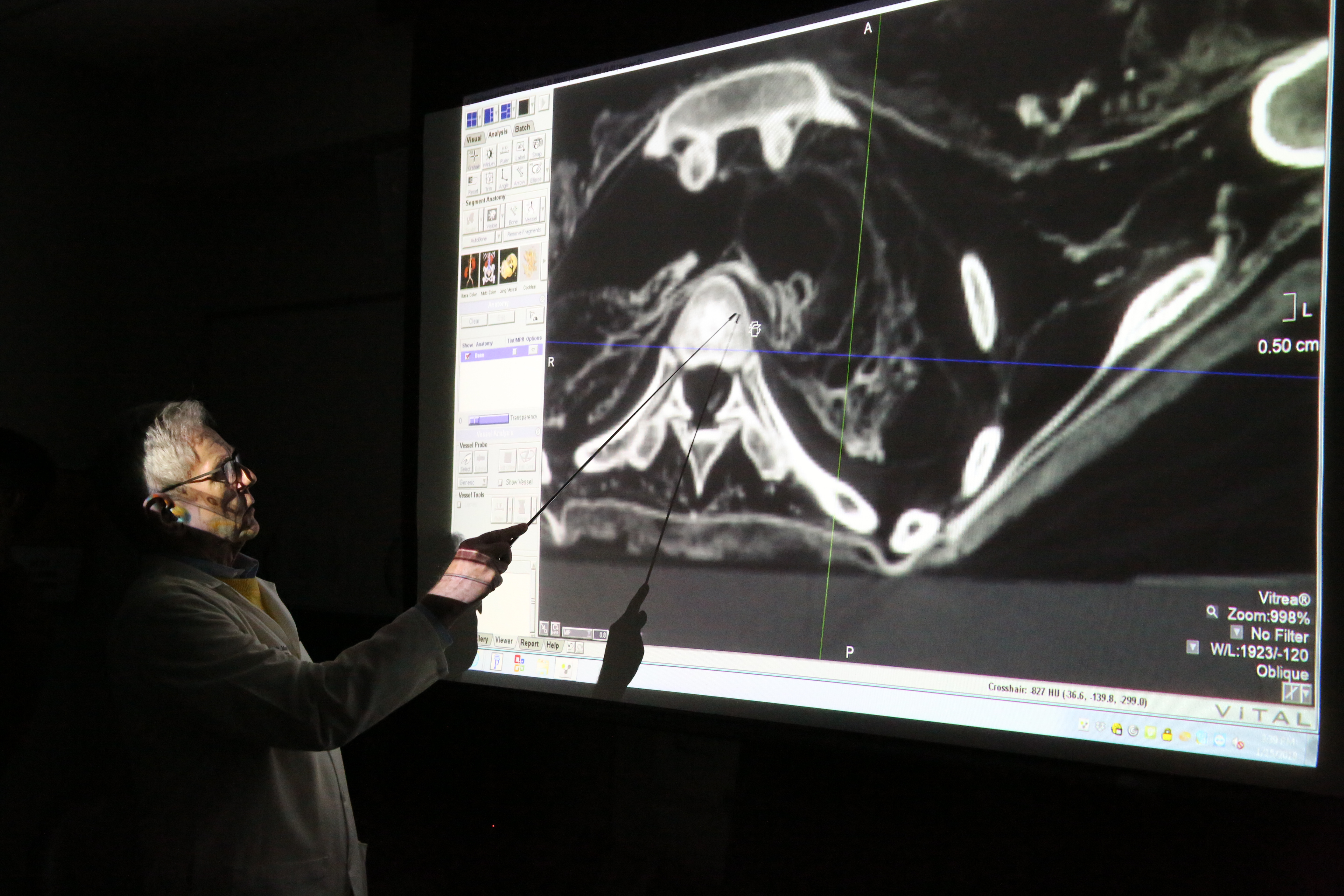