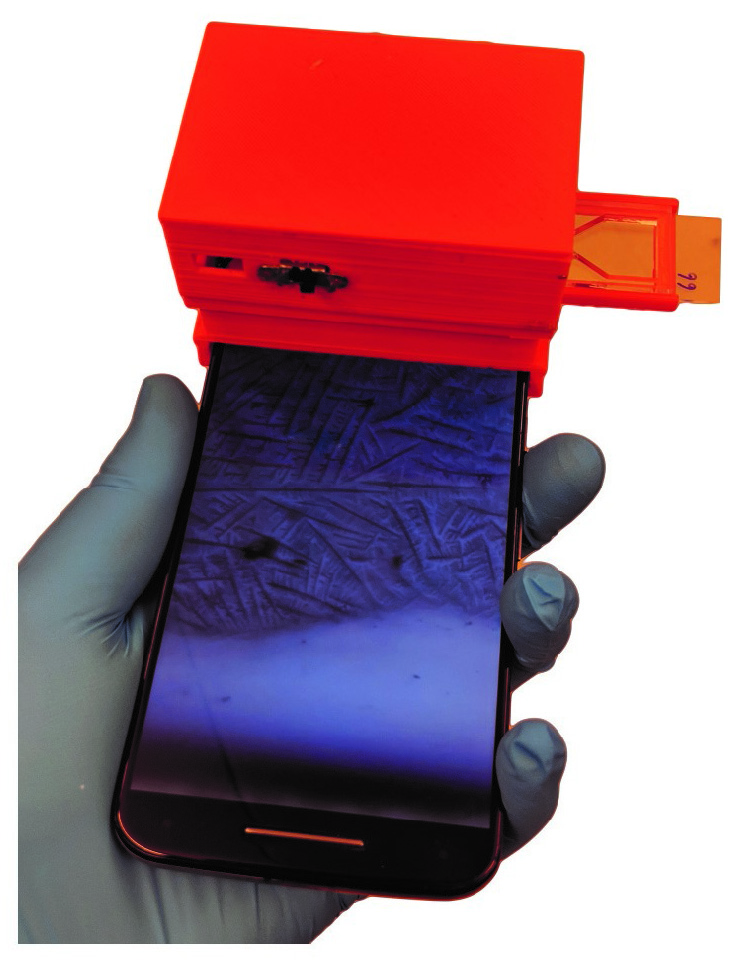 A prototype of the ovulation-testing tool

Capitalizing on the latest technological advancements, a team of Brigham investigators has built a low-cost smartphone tool that can predict a woman’s ovulation and aid in family planning.

Powered by microfluidic technology (in which fluids flow through microscopic channels), artificial intelligence (AI) and the ubiquity of smartphones, the tool automatically detects fern-like patterns—a marker of ovulation—in a saliva sample. The team evaluated the performance of the device using artificial saliva in the lab and validated results in human saliva samples from six subjects, observing greater than 99 percent accuracy in effectively predicting ovulation. The results are published in Lab on a Chip.

“Before we started this project, we weren’t aware that such a need existed,” said corresponding author and principal investigator Hadi Shafiee, PhD, of the Division of Engineering in Medicine and Division of Renal Medicine.

“When we published last year on a technology for analyzing sperm to detect male infertility, we were approached by those who had read about our work and were wondering if we could develop a smartphone-based system to provide ovulation testing at home. Our study indicates that an accurate, automated and low-cost test is indeed possible.”

Those three elements are key, as current methods for monitoring fertility are often costly or subjective. These methods include ovulation detection by determining a woman’s luteinizing hormone (LH) level (a clinical blood test or at-home urine “dipstick” test), rectal or basal body temperature analysis, cervical mucus characterization and salivary ferning analysis. Salivary ferning refers to the unique appearance of dried saliva from a woman who is ovulating; when collected on a glass slide, saliva takes on a crystallized structure that resembles fern leaves. While relatively inexpensive and simple, this analysis is highly subjective. When performed by a layperson, it is prone to misinterpretation. 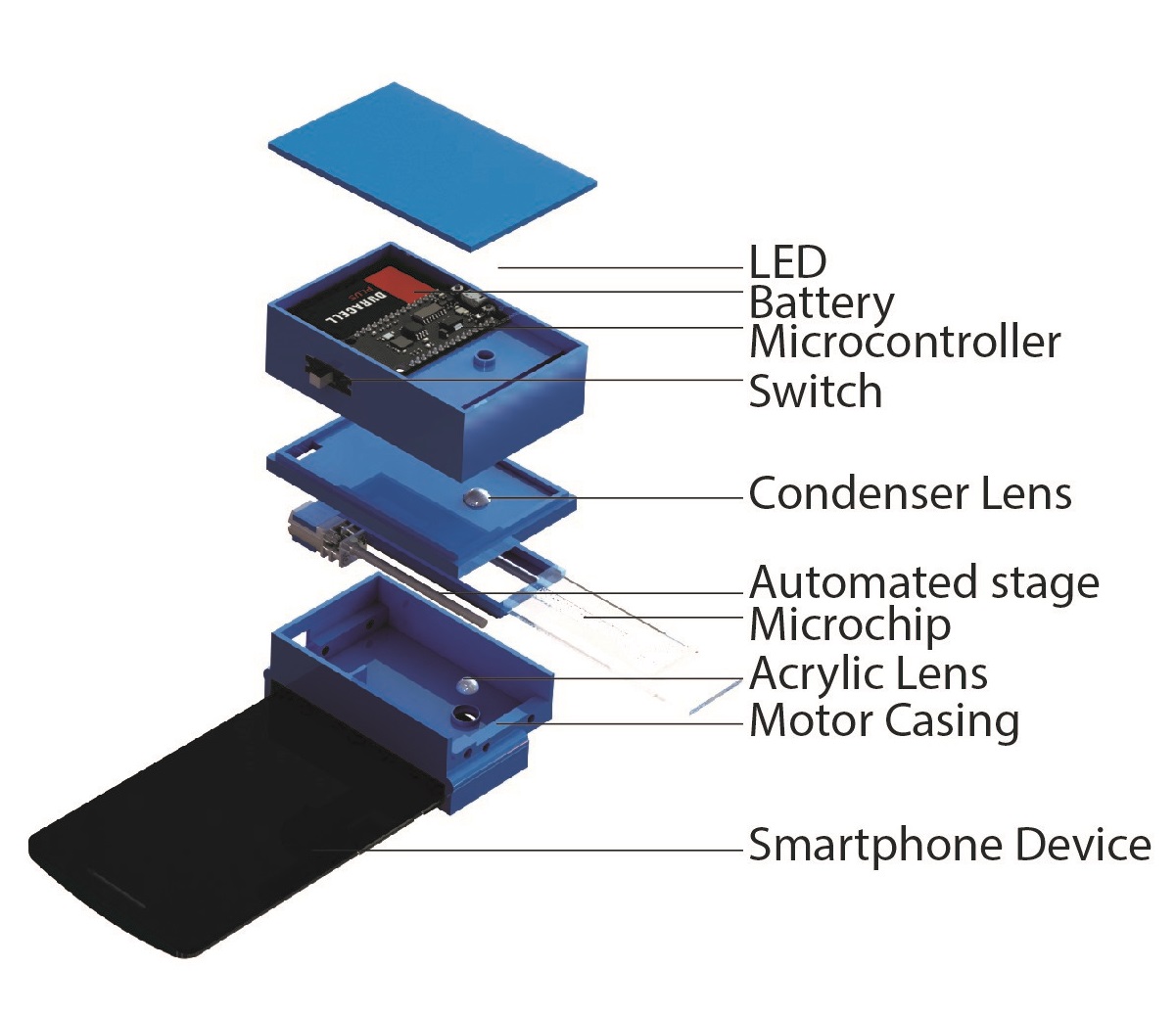 A diagram of the tool’s various components

To overcome this challenge, Shafiee and colleagues developed an automated process for detecting ferning in a saliva sample. Their AI algorithm was pre-trained with 1.4 million images from a broad visual database and then, more precisely, retrained with more than 1,500 salivary ferning images to classify saliva images into two categories: ovulating and nonovulating samples.

To perform the test, saliva was collected on a microfluidic device, smeared and left to air-dry. The sample was inserted into a 3D-printed attachment affixed to a smartphone. The software then analyzed the fern patterns, correctly identifying ovulation in 99 percent of samples and nonovulation in 100 percent of them.

“One of the biggest advantages to this method is cost—whereas nonreusable urine stick tests can add up to $210 to $240 over the course of six months, our device represents the possibility of a one-time purchase,” said co-author Manoj Kumar Kanakasabapathy, a senior research assistant in the Shafiee laboratory. “Beyond human ovulation, there are applications here as well for animal breeding and even for dry-eye disease, which can also produce fern-like patterns in samples from eye mucosa.”

Prudhvi Thirumalaraju, another co-author and a senior research assistant in Shafiee’s lab, added: “One of the biggest problems with saliva-based tests, we realized, was that users find it difficult to interpret the fern patterns. We figured that advances in AI can be put to good use here to help people get objective results on their smartphones.”

The new system is constrained by some of the same limitations as traditional ovulation tests, and it cannot detect ovulation in women with estrogen imbalance, cysts in the ovaries and those who take fertility medications. Smoking or alcohol consumption may also interfere with accurate detection. The device will require additional testing in a larger population and approval by the U.S. Federal Drug Administration before it can be brought to market.