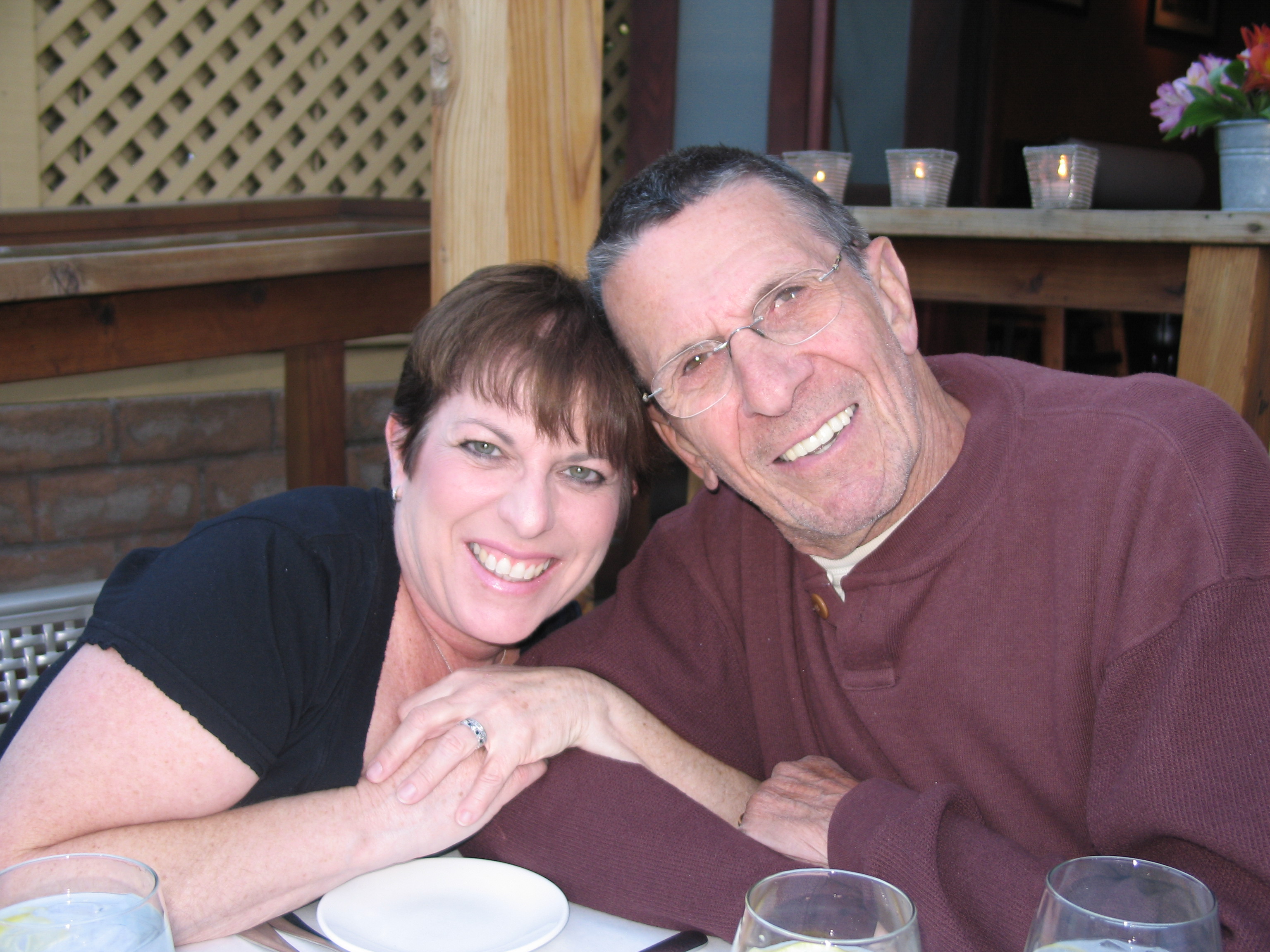 From left: Julie Nimoy with her father, Leonard Nimoy

When actor, director and artist Leonard Nimoy was diagnosed with chronic obstructive pulmonary disease (COPD) in 2013, the beloved Star Trek icon dedicated his time to raising awareness about this devastating, progressive lung disease until it took his life two years later. Through a documentary directed and produced by his daughter, Julie, and son-in-law, David Knight, Nimoy’s mission continues to live long and prosper.

In honor of COPD Awareness Month in November, the Brigham Health Lung Center partnered with Julie and David to screen the 2017 film, Remembering Leonard Nimoy: His Life, Legacy and Battle with COPD, on Nov. 29. The screening, held at the Joseph B. Martin Conference Center at Harvard Medical School, was followed by a panel discussion and question-and-answer session with Brigham clinical and research experts specializing in pulmonary care and thoracic surgery.

Ranking as the fourth-leading cause of death in the U.S., COPD is a family of chronic lung diseases that permanently damage the airways and, over time, make it increasingly difficult to breathe. In patients for whom the disease is in the most advanced stages, everyday activities like walking across a room can become extremely taxing. COPD is most commonly caused by smoking but also appears in nonsmokers, suggesting environmental and genetic links.

While preventable and treatable, especially in the earlier stages, there is no cure for COPD.

The Need for Early Detection

Told through interviews with Nimoy and his family members, the hour-long documentary features stories from the actor’s childhood in Boston, early career in Hollywood and breakout role as Spock in Star Trek. It also provides a candid look at his experiences living with COPD, his passionate support for smoking cessation and the toll the disease took on his family.

One poignant message the film underscored was that COPD is believed to take root at a young age, but patients often mistake its early signs—when treatment would be most effective—as the normal effects of aging or an inconvenient consequence of smoking. The takeaway resonated with Brigham experts who participated in the panel discussion.

“This is a disease that is difficult to diagnose early, and yet it’s medically important to do so,” said Bruce Levy, MD, chief of the Division of Pulmonary and Critical Care Medicine and co-director of The Lung Center. “It destroys the lung tissue, so the more that occurs as time goes on, the less responsive it is to medical therapies.”

Speakers highlighted the Brigham’s innovative research in the field and the comprehensive, multidisciplinary services offered through The Lung Center for patients with COPD—including medical therapies, such as pulmonary rehabilitation, and procedural interventions, such as lung transplant.

Internationally renowned COPD expert Bartolome Celli, MD, a physician-investigator in Pulmonary and Critical Care Medicine, said it is imperative that COPD screening become part of routine preventive care. The test for it, known as spirometry, should be as common as mammograms and colonoscopies to maximize the likelihood of early detection and long-term survival, he noted.

“It is our duty to go out and preach that this disease is treatable and preventable,” Celli said.

‘This Is Always New’

Nimoy’s granddaughter, Morgan Pearson, who attended the event, recalled how eye-opening it was to see her grandfather’s rapid decline between his diagnosis and his death at age 83.

“Even to those of us who knew him very intimately, he was larger than life and didn’t seem destructible,” she said. “I can’t say that, as a family, we were really prepared for that.”

“Initiating something like oxygen therapy or new medication seems fairly routine to us, but it is very, very life-altering to patients,” Goldberg said.

“The film really highlighted that it’s important to remember that this is always new to each patient that you see.”

Among the other Brigham panelists who participated in the discussion were Raphael Bueno, MD, chief of the Division of Thoracic Surgery and co-director of The Lung Center; Dawn DeMeo, MD, MPH, a physician in Pulmonary and Critical Care Medicine and a senior respiratory genetics researcher in the Channing Division of Network Medicine; Craig Hersh, MD, a physician-investigator in the Channing Division; and Scott Swanson, MD, director of Minimally Invasive Thoracic Surgery at the Brigham and associate chief of Surgery at Dana-Farber/Brigham and Women’s Cancer Center. Filmmaker Ron Frank also offered remarks.

Learn more about the documentary at rememberingleonardfilm.com.