On Nov. 10, the American Heart Association (AHA) held its annual Scientific Sessions meeting in Chicago, featuring the latest advances from major cardiovascular trials with the potential to transform clinical practice. Investigators from the Brigham led some of the most highly anticipated trials and presented their results at the conference.

The benefits of omega-3 fatty acids – a “good” fat largely found in fish, nuts, flax seeds and leafy greens – have been touted in recent years. But just how protective are they in cardiovascular health? 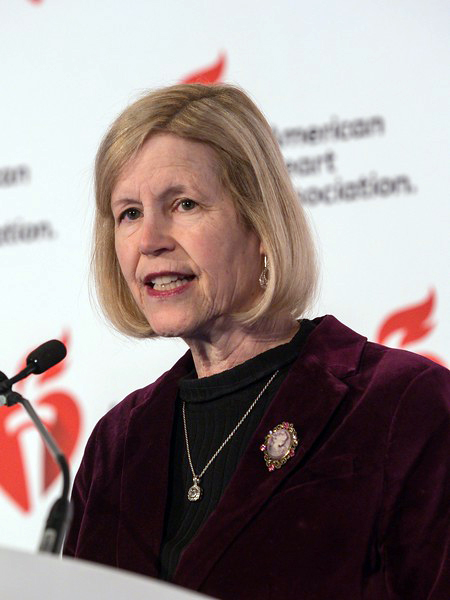 Deepak L. Bhatt, MD, MPH, executive director of Interventional Cardiovascular Programs in the Division of Cardiovascular Medicine, presented results and insights from the clinical trial REDUCE-IT, which tested whether icosapent ethyl (a medication derived from an omega-3 fatty acid found in fish oil) could reduce the risk of cardiovascular events in at-risk patients. Participants were defined as “at risk” if they fell into one of two categories. Either they had atherosclerosis – a disease in which plaque builds up in the arteries – or they had diabetes plus at least one other cardiovascular risk factor along with elevated triglyceride levels, despite taking statins.

“This may be the biggest development in cardiovascular prevention since statins,” he said. “The REDUCE-IT trial sets a new standard of care for these patients.”

In another presentation, JoAnn Manson, MD, DrPH, chief of the Division of Preventive Medicine, unpacked results from the VITamin D and OmegA-3 TriaL (VITAL). VITAL also examined whether omega-3 fatty acids affected a person’s risk of experiencing cardiovascular events, but Manson and colleagues studied them among a general, racially diverse population and used a lower-dose supplement that contained both of the major forms of marine omega-3s. VITAL also examined effects on cancer occurrence.

A new class of diabetes drugs known as SGLT2 inhibitors can help lower blood glucose levels in patients with diabetes. Investigators are finding mounting evidence that the inhibitors may also lower cardiovascular risk.

Separately, Elisabetta Patorno, MD, DrPH, of the Division of Pharmacoepidemiology and Pharmacoeconomics, presented initial results from the real-world EMPRISE study, which found that another SGLT2 inhibitor reduced the risk of hospitalization for heart failure in routine care.

Inflammation and Heart Disease: A Roadmap for the Future

Brigham cardiologists have been at the forefront of basic, clinical and translational research linking inflammation and heart disease for decades and presented the next chapter in the ongoing story of the inflammatory hypothesis at this year’s meeting.

“The results from CIRT and CANTOS, when considered together, tell us something critically important: Not all inflammation is the same, and not all drugs that target inflammation are the same,” said Ridker. “While it is disappointing that an inexpensive drug like methotrexate did not have the effects we previously saw in CANTOS, the results from CIRT shed crucial light on the underlying biology that connects inflammation with cardiovascular disease. The divergent trial results provide a clear roadmap to guide our efforts going forward.”