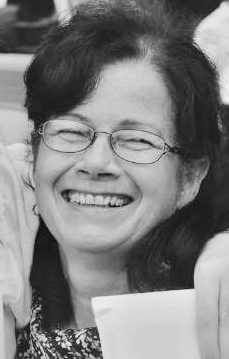 The Brigham community and the Department of Radiology mourn the loss of Lynne A. Johnson, RT(R)(CV), who passed away suddenly on  Sept. 17. She was 62.

Ms. Johnson worked at the Brigham for 42 years, joining the Peter Bent Brigham Hospital in 1976 as a student X-ray technologist. Holding several titles throughout her career, she most recently served as a special procedures technologist in Angiography and Neuro-Interventional Radiology in the Michael J. Davidson, MD, Hybrid Operating Room (OR) and the Advanced Multimodality Image Guided Operating (AMIGO) suite. Earlier in her career, she was assistant chief technologist for Angiography and Neuro-Interventional Radiology.

Beloved as a dedicated and caring colleague, mentor and friend, Ms. Johnson is remembered for her extraordinary work ethic, deep expertise in imaging and her gentle disposition.

Nancy Trane, RT(R)(CT)(MR), clinical manager for MRI in Radiology, who had known Ms. Johnson since they were students at Northeastern University more than four decades ago, remembered her friend and colleague’s profound commitment to helping others and steady leadership – both in and out of the OR.

“If you were her patient, you would have no idea whether it was the easiest case in the world or the hardest because Lynne always approached it with the same sense of calm and professionalism,” Trane said. “She was a prize to the Brigham. Wherever Lynne was, people wanted to be around her. She had a wonderful smile, she never slowed down and she always did what needed to be done.”

In addition to her skill as an interventional technologist, Ms. Johnson was regarded as a talented, patient teacher. Carol Upson, RT(R)(CV), CIC, clinical manager in Radiology at Brigham and Women’s Harbor Medical Associates, who worked with Ms. Johnson for 35 years, said she always could count on Ms. Johnson to take on the role of “super user” whenever a new piece of equipment or imaging technology was introduced.

“Lynne could learn anything, and she knew how to teach it, which is just as important,” Upson said. “She understood that everybody doesn’t learn the same way, and she could recognize someone’s needs and modify her teaching so they would be successful.”

Upson – who at different points in her career reported to Ms. Johnson and served as her supervisor – said she was in constant amazement at Ms. Johnson’s inexhaustible work ethic.

“In my opinion, she was the best interventional technologist there was,” Upson said. “She always pitched in and never complained – she just wanted to take care of her patients.”

Peter O’Rourke, RT(R)(VI), clinical manager in Angiography and Neuro-Interventional Radiology, who worked with Ms. Johnson for 15 years, also said Ms. Johnson was eager to support her colleagues and team at every opportunity.

“She was very flexible and understanding,” he said. “Even if all her assignments got shifted and her whole day changed, she would just say, ‘OK, let’s go.’”

Outside of work, Ms. Johnson enjoyed spending time with her family and friends, as well as several hobbies and interests, including tending to her chickens, beekeeping, traveling and baking.

Ms. Johnson is survived by her husband, Gary Tipson, and their children, Allison, Audrey, Chris, Emma and Heather, as well as many siblings, friends and other loved ones.