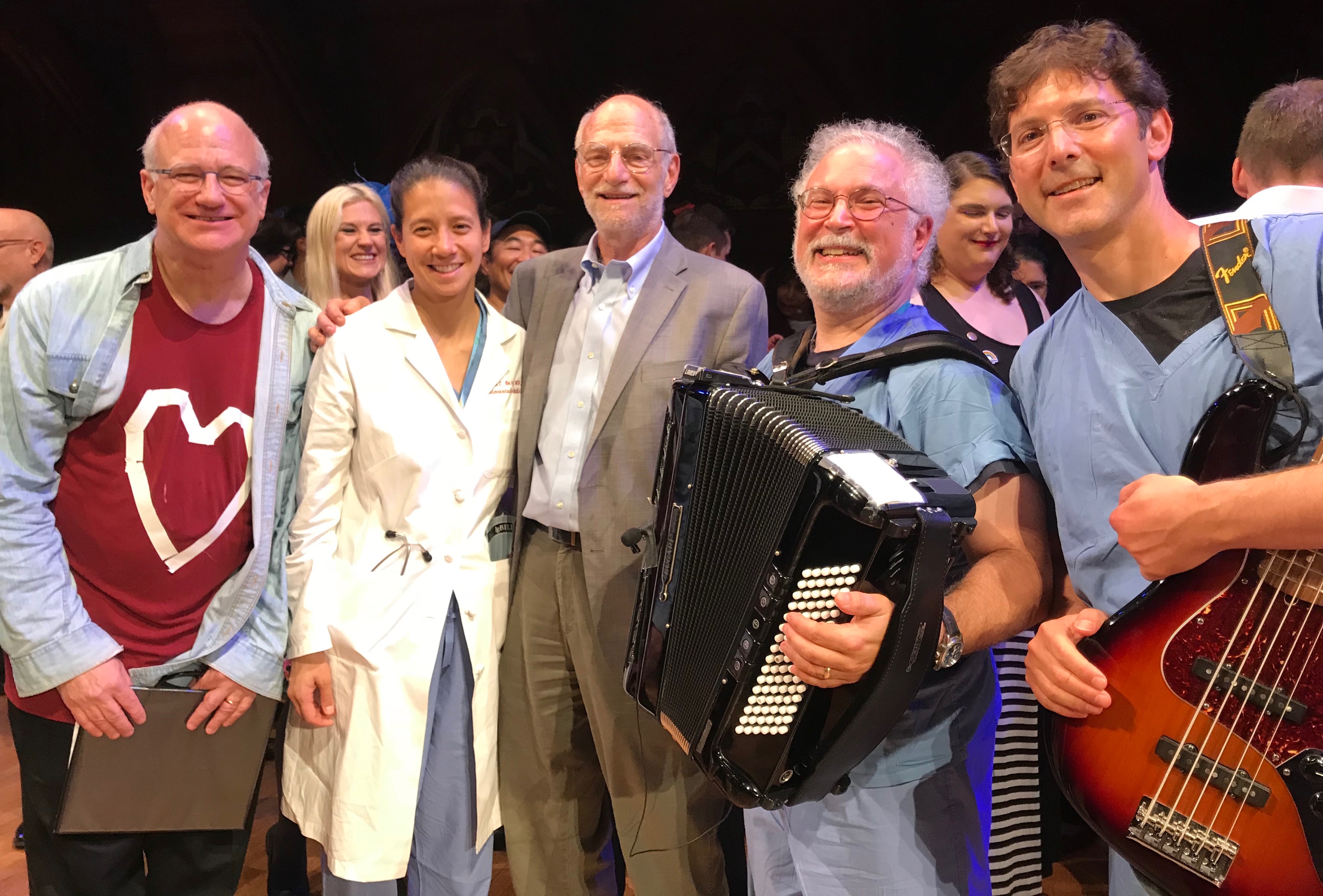 A contingent of Brigham cardiologists attended the Ig Nobel Prize ceremony at Harvard University on Sept. 13, joining researchers from around the world to honor “achievements that make people laugh and then think.” The scientific theme of this year’s ceremony was “The Heart.” Awards at the event, a light-hearted parody of the formal Nobel Prize ceremony, are presented by past Nobel laureates.

While no BWHers took home an Ig Nobel this year, the Brigham has strong ties to the ceremony, hosted by the science humor magazine Annals of Improbable Research. Thomas Michel, MD, of the Division of Cardiovascular Medicine, serves as the event’s longtime “musical impresario,” performing with his accordion octet, the Boston Squeezebox Ensemble. Over the years, the musical group has consisted of several BWHers, with this year’s lineup of performers at the event including Natalia Berry, MD, John Jarcho, MD, and Bruce Koplan, MD, all of Cardiovascular Medicine.