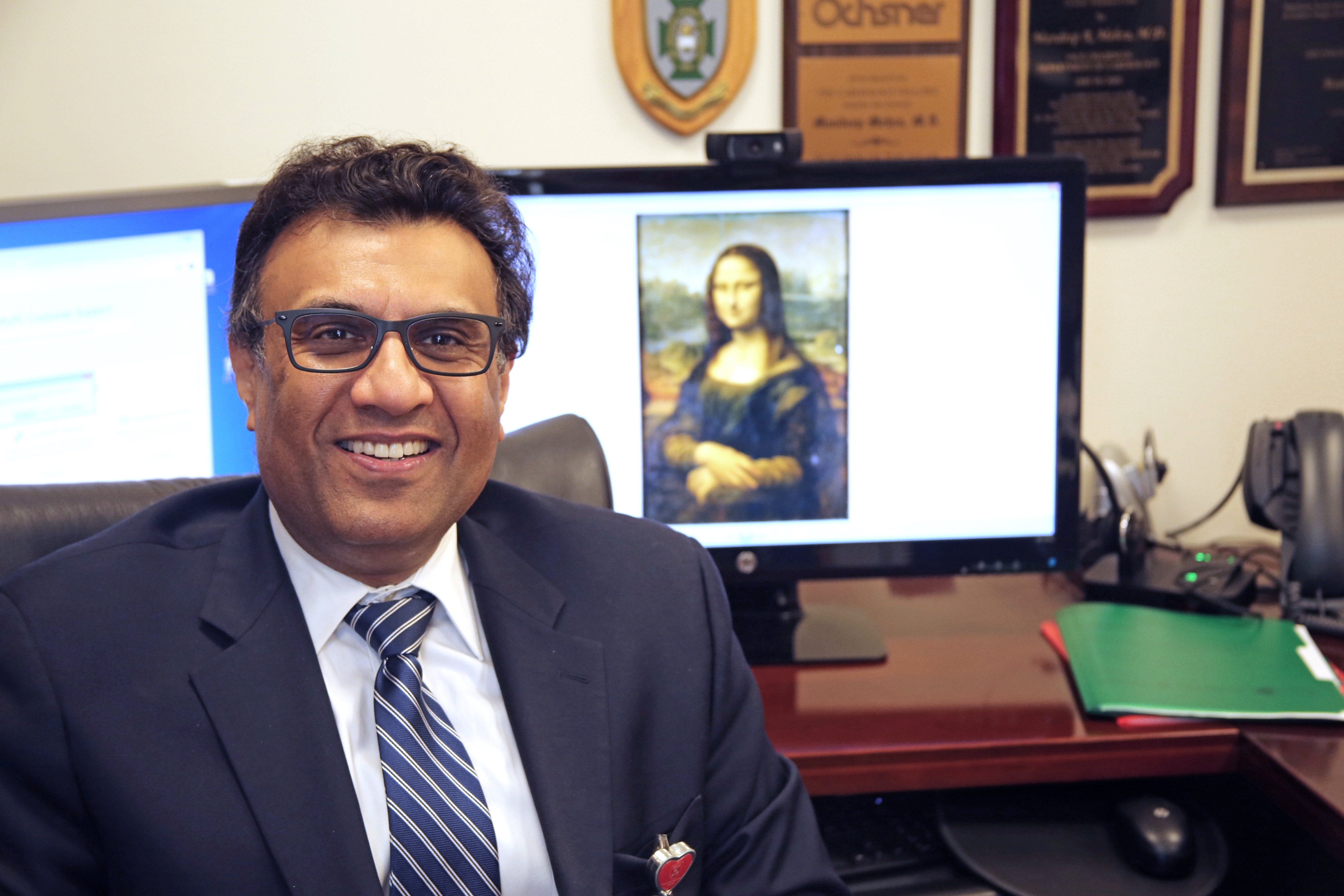 The source of the Mona Lisa’s mystery has been a topic of scrutiny for centuries, and one Brigham physician-scientist maintains that her captivating expression reveals important medical clues about Lisa Gherardini, the subject of Leonardo da Vinci’s iconic painting.

Previously, researchers hypothesized that Gherardini suffered from familial heart disease and a lipid disorder. This diagnosis was made by rheumatologists and endocrinologists in 2004 and is primarily based on the skin lesions visible in the portrait.

The diagnosis is based on a careful analysis of Gherardini’s face and body as well as epidemiological information about 16th-century Italy. After studying the painting, Mehra concluded that while some visual clues are consistent with a lipid disorder, the era in which Gherardini lived weakens the feasibility of premature heart disease. In the 16th century, inaccurate understandings of the human body and rudimentary medical care meant that someone with heart disease in their 20s was unlikely to live to age 63, as Gherardini reportedly did.

Iodine is critical for the function of the thyroid, but because the body does not produce this mineral, it must be consumed through food sources or supplements. Without enough iodine, the thyroid cannot produce certain hormones, resulting in hypothyroidism. This condition is associated with a variety of symptoms, including fatigue, facial swelling, hair loss and weight gain. Prior to the invention of iodized salt, hypothyroidism was common among people whose diet did not naturally contain iodine.

While the Italian Renaissance was a period of great artistic development, it was also a time in which poor nutrition and insufficient medical care were common, even among the wealthy. The diets of 16th-century Italians were lacking in iodine. Gherardini lived in Florence, a city whose inland location prevented easy access to the seafood or meat that could have prevented hypothyroidism.

Gherardini is depicted with suggestion of a swollen thyroid gland, also known as a goiter, which supports the diagnosis of hypothyroidism, Mehra said. Additionally, historical records indicate that Gherardini gave birth to her son Andrea shortly before sitting for the portrait. She likely developed peripartum hypothyroidism – a form of the disease that emerges during pregnancy – that continued to affect her as a chronic condition.

Mehra noted it is also possible that she may have had hypothyroidism with primary biliary cirrhosis, a disease that destroys the bile ducts in the liver, although living for 40 years with that condition untreated would have been unlikely.

“The enigma of the Mona Lisa can be resolved by a simple medical diagnosis of a hypothyroidism-related illness,” he said. “In many ways, it is the allure of the imperfections of disease that give this masterpiece its mysterious reality and charm.”