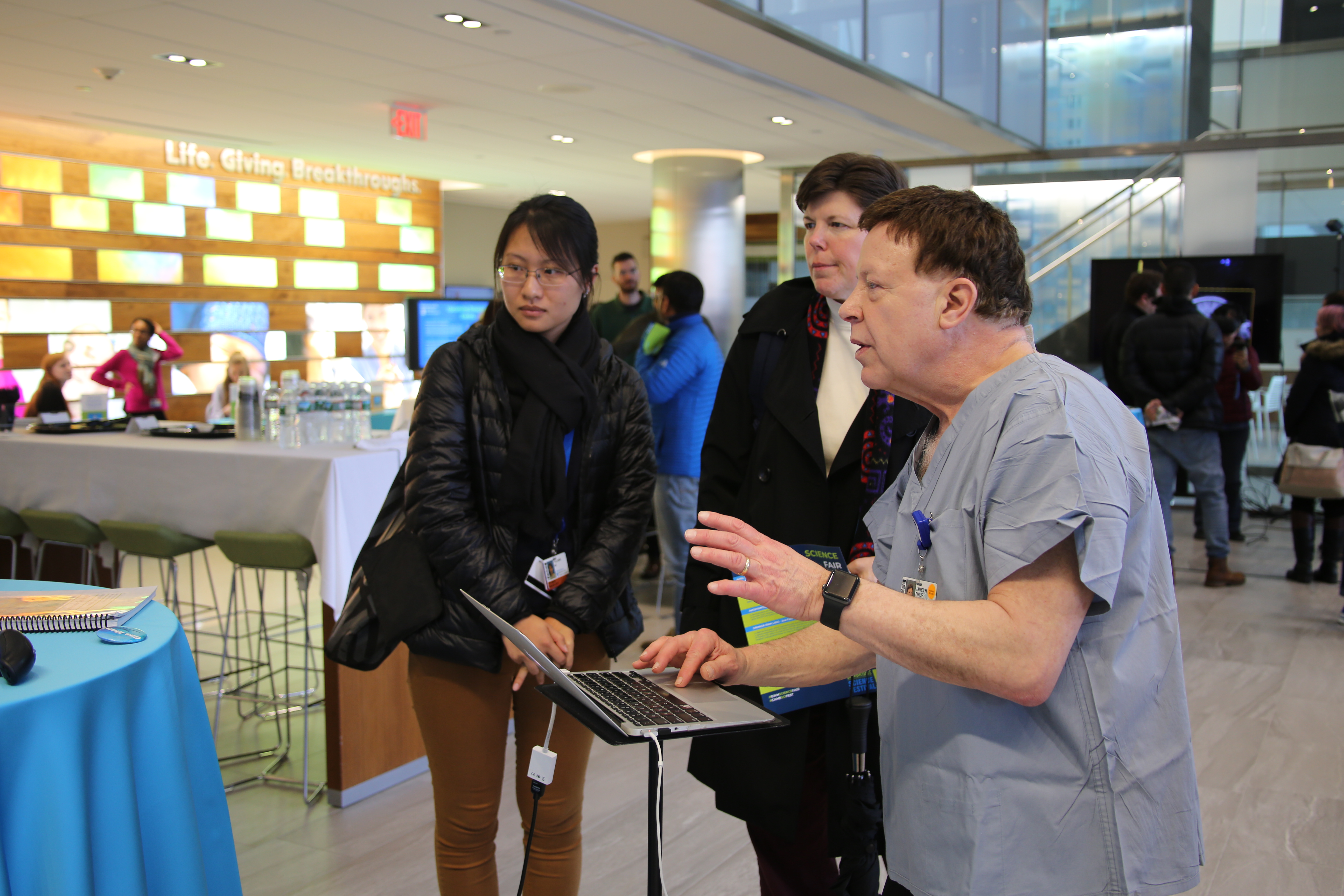 BWH staff joined local families, students and community members in the Hale Building for Transformative Medicine to experience science in an interactive way on April 19. As part of this year’s Cambridge Science Festival, the Brigham Research Institute (BRI) hosted a “science fair,” providing attendees an up-close look at cutting-edge projects at the Brigham.

“This science fair was a great success, drawing in an impressive crowd of all ages and interests and giving our remarkable researchers a chance to showcase their incredible work,” said Jackie Slavik, PhD, executive director of the BRI. 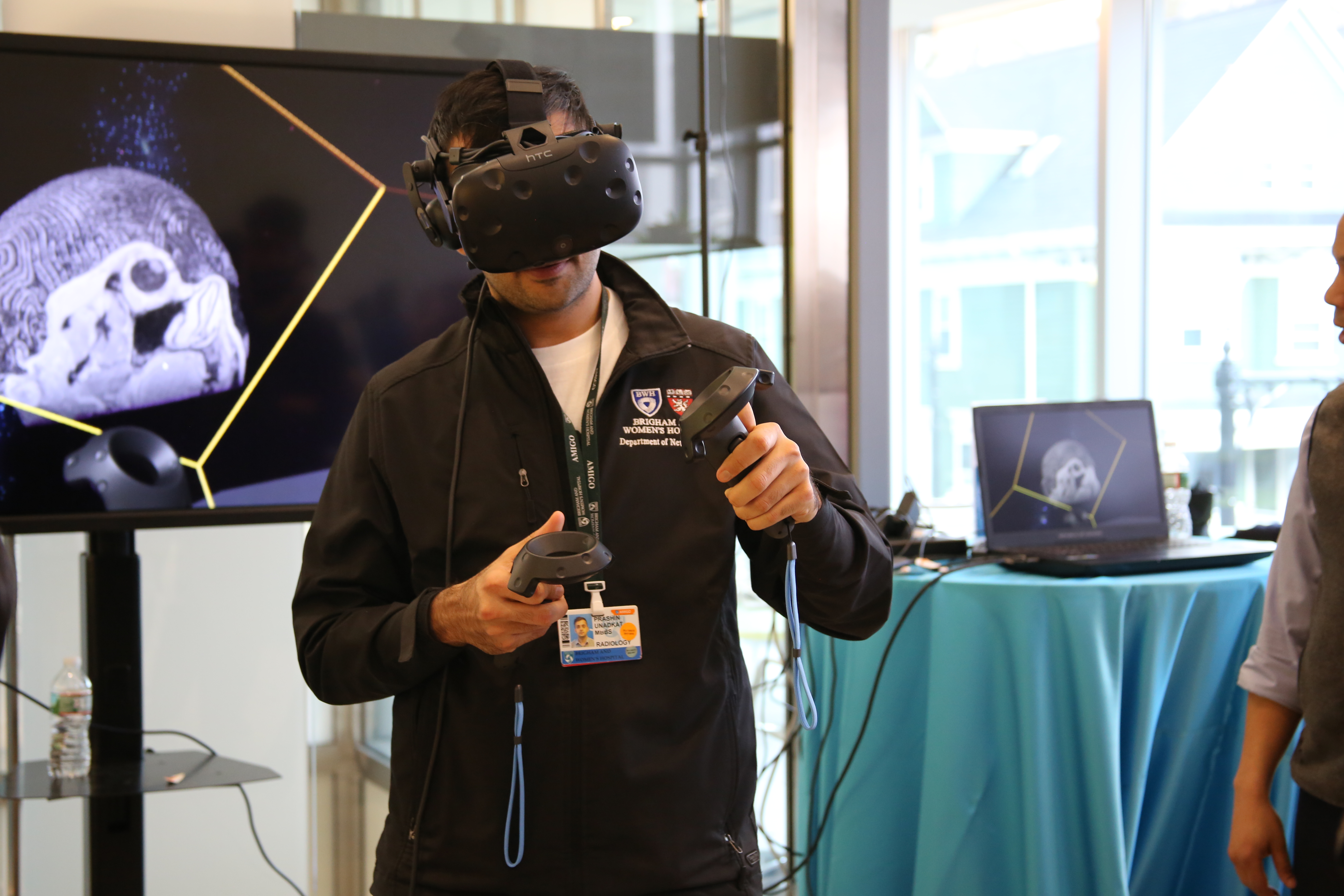 An attendee tries out a virtual reality headset.

The event featured hands-on demonstrations to make science interesting and accessible for everyone from scientists to young children. The Pediatric/Newborn Medicine Research table combined education and entertainment with various brain science activities, including an arts-and-crafts station.

Another exhibit, Gas Man, used a computer simulation to show attendees the path of anesthesia uptake and distribution throughout the body. The Zebrafish Core Facility hosted a table where guests could learn about how these miniscule water-dwellers are used in laboratories to study behavior, diabetes, heart disease, regeneration, stem cell biology and cancer.

Visitors crowded around the Tactical Neurosurgical Team’s interactive demonstration of the head-mounted mixed reality navigation system. An augmented and virtual reality display also drew in a mass of people, all vying for the chance to try out the medical imaging device, which is used to view and annotate imaging scans.

Sat Bir Singh Khalsa, PhD, of the Division of Sleep Medicine, led several meditative yoga sessions based in science, teaching participants how to find inner peace within their everyday routines. Finally, the Drinker Iron Lung, whose roots trace back to the Peter Bent Brigham Hospital, stood as a notable piece of history in medicine and science. Even as it was wheeled down the halls of the hospital in advance of the fair, it was a showstopper. Jeffrey Drazen, MD, chief of the Division of Medical Communications, presented the device’s history as people gathered to see – and even climb inside – a machine that saved the lives of countless polio victims, starting in 1929.