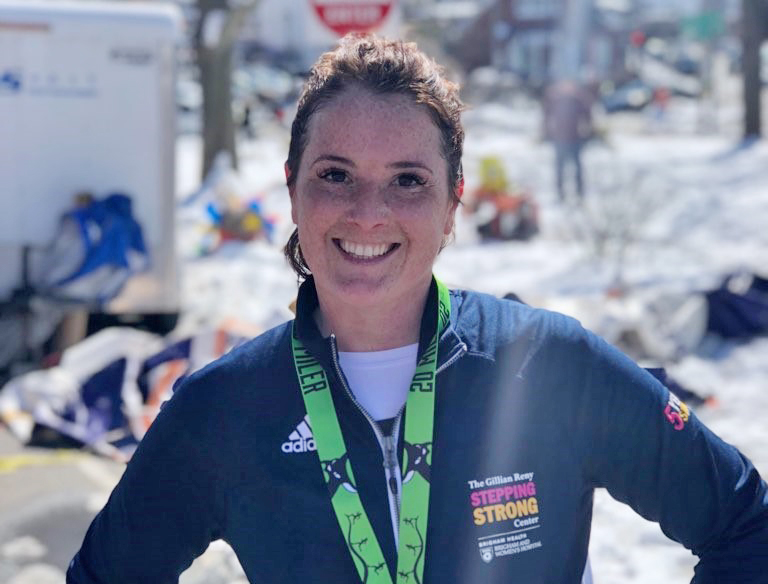 This is the fourth article in a weekly series in BWH Bulletin profiling runners participating in this year’s Boston Marathon with BWH’s Stepping Strong Marathon Team on Monday, April 16.

No matter how exhausted Kimberly Cardillo, RN, feels when she ascends Heartbreak Hill on Marathon Monday, the BWH trauma nurse says one thought will keep her going: the resilience and courage her patients and their families demonstrate each day.

Cardillo, who works in the Surgical, Burn and Trauma Intermediate Care Unit on Tower 8AB, will participate in this year’s Boston Marathon as part of the Stepping Strong Marathon Team, raising funds to support innovation in trauma research and care at BWH and beyond.

“As I go up that hill, I will be running for my patients, some of whom can’t run themselves as a result of their injuries,” she said. “I know the pain that my patients experience and overcome is a lot worse than mine could ever be that day.”

Although Cardillo says she never imagined she would become a marathoner – having previously completed a couple of 5K races – last year she and a friend were inspired to participate in the 2018 race. But she didn’t simply want to run; she wanted to run for a cause near and dear to her heart.

“When I discovered the Stepping Strong team, I was sold. I thought to myself, ‘I need to do this,’” Cardillo said. “I see firsthand how the funds we raise advance such important work, helping doctors and researchers develop better ways to help and heal our patients. Being a part of this team has provided me with an opportunity to give back in a different way.” 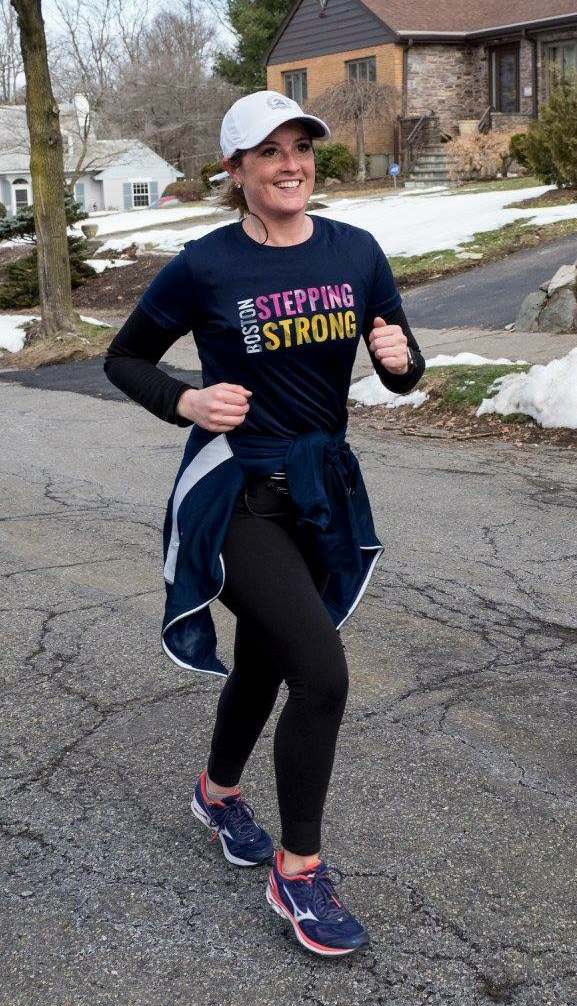 She was moved to learn how the funds the team raises also support projects aimed at increasing public awareness around trauma care, such as the Stop the Bleed campaign, which teaches laypersons how to apply tourniquets and other techniques to stop uncontrolled bleeding.

Cardillo began her career at the Brigham as a nurse in Orthopaedic Surgery, where she worked for two years – caring for several patients with traumatic injuries over that time – before moving to the trauma unit in 2016. Seeing the progress her patients make is inspiring, she said.

“It’s amazing to see how far they come. They have such horrific experiences, and they grow so much,” Cardillo said. “They go from not being able to walk on their own, or at all, to walking into the unit months later to visit and thank us.”

Cardillo says that moments like those – and so many others, big and small – make her feel honored to be not only a nurse, but also part of an incredible, dedicated care team.

“We’re a family here. At the Brigham, nurses work very closely with so many different roles – from social workers to housekeeping to doctors – toward the common goal of helping people,” she said. “Whether it’s holding a patient’s hand or doing chest compressions to save someone’s life, it’s very rewarding and humbling to be able to help our patients in so many ways. Sometimes, even smiling at someone can change their whole day.”