This is the third article in a weekly series in BWH Bulletin profiling runners participating in this year’s Boston Marathon with BWH’s Stepping Strong Marathon Team on Monday, April 16. 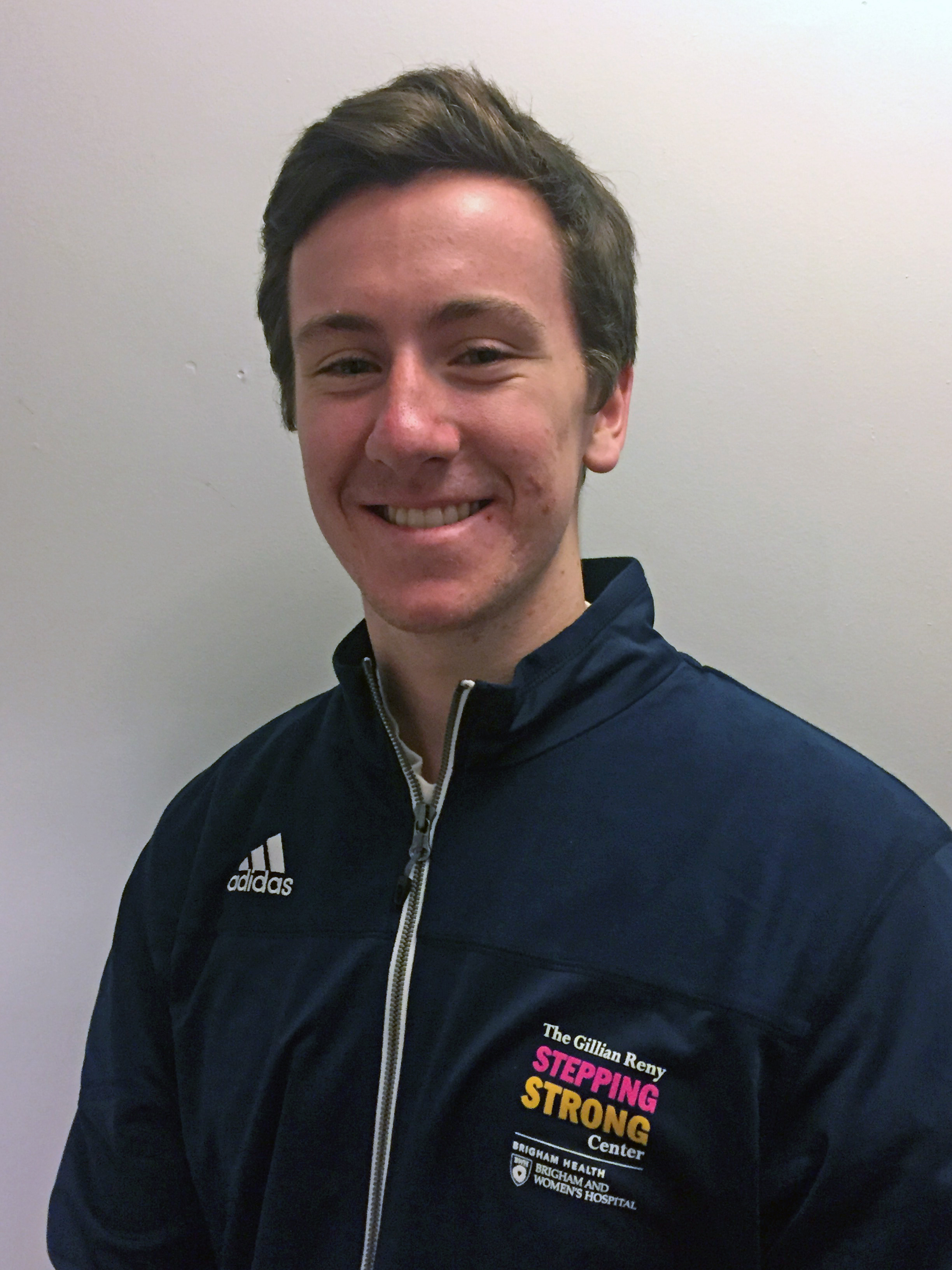 Growing up in the Boston area, James O’Leary always looks forward to cheering on the thousands of Boston Marathon runners as they make their way to Boylston Street. On April 16, the BWHer is excited to hear those crowds cheer for him when he participates in his first marathon, running with the BWH Stepping Strong Marathon Team.

O’Leary’s family ties to both the Brigham and the Boston Marathon run deep. Not only was he born at BWH, but his parents – Michael O’Leary, MD, MPH, of the Division of Urology, and Kathleen Welch, MD, MPH, of the Department of Anesthesiology, Perioperative and Pain Medicine – are also BWH physicians. Additionally, his father serves as president of the Boston Athletic Association (B.A.A.), and his grandfather was a longtime volunteer with the race.

“I have grown to appreciate everything that is great about the Boston Marathon,” said O’Leary, a research coordinator in the Division of Vascular and Endovascular Surgery. “Over the years, I’ve enjoyed hearing stories about how my grandfather worked as a medical volunteer at the marathon, and I admire my father for his current work with the Boston Athletic Association. The Boston Marathon has always had a special place in my heart.”

Although training for the race this past winter has been challenging, O’Leary said he’s thankful to be a part of such a supportive team, which has helped him increase his mileage with each run. Last weekend, O’Leary and his teammates completed a 21-mile training run.

With 2018 marking the five-year anniversary of the Boston Marathon tragedy, O’Leary said there’s no better time than now to lace up his sneakers and support such an inspiring cause.

“I’m ready to run,” O’Leary said. “It has been wonderful to train with such an amazing team. The Gillian Reny Stepping Strong Center for Trauma Innovation has been able to take a tragic situation and produce something so meaningful. I’m proud to be a part of that.”

ABOUT STEPPING STRONG
The Gillian Reny Stepping Strong Center for Trauma Innovation was established by the Reny family to honor the BWH caregivers who saved their daughter Gillian’s life and legs following the 2013 Boston Marathon bombings. Five years after the tragedy, the center has raised more than $13 million to transform trauma research and care. Funds raised by members of the 2018 Stepping Strong Marathon Team support the center’s work. Meet other members of the team or make a gift by visiting bwhgiving.org/run. Learn more about the center at BWHSteppingStrong.org.