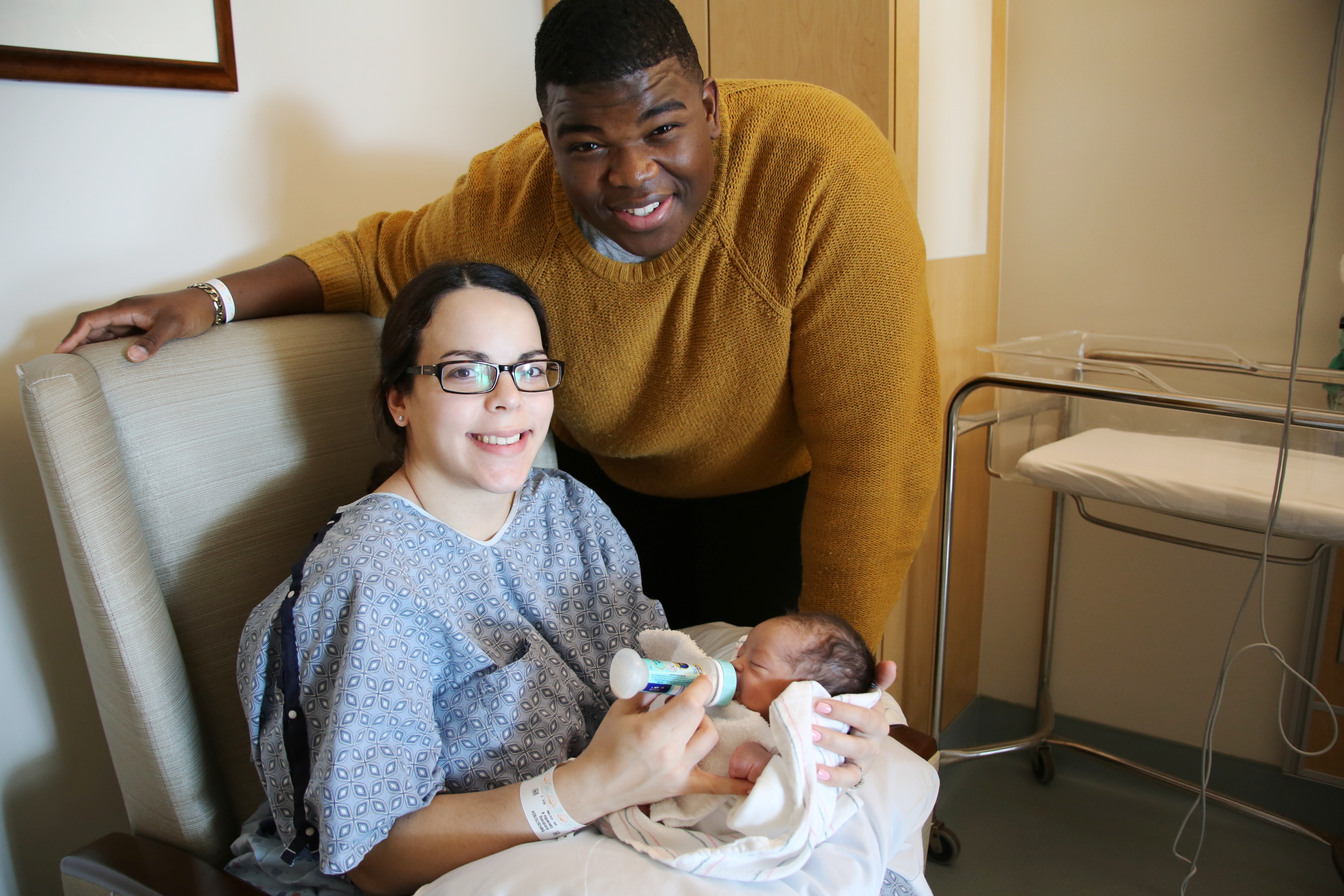 Samantha and Demetrius Armstrong with their daughter, Malece

As the snow piled up outside their Revere home during the region’s most recent nor’easter, Samantha and Demetrius Armstrong got ready to end a relaxing day off from work with a home-cooked meal on March 13. But Samantha, who was 36 weeks pregnant with the couple’s firstborn, quickly realized their night was going to go very differently than expected.

“As soon as I sat down to eat, my water broke,” Samantha recounted. The couple packed into their car – along with that evening’s lasagna – and drove carefully through the blizzard to BWH, where their daughter, Malece, was born several hours later.

“It’s funny because we were talking earlier that day about how relaxed we were, so maybe that jinxed it and encouraged her to arrive early,” Samantha said.

Demetrius also said he wasn’t completely surprised by how things turned out. “I was working on the blizzard baby theory,” he joked.