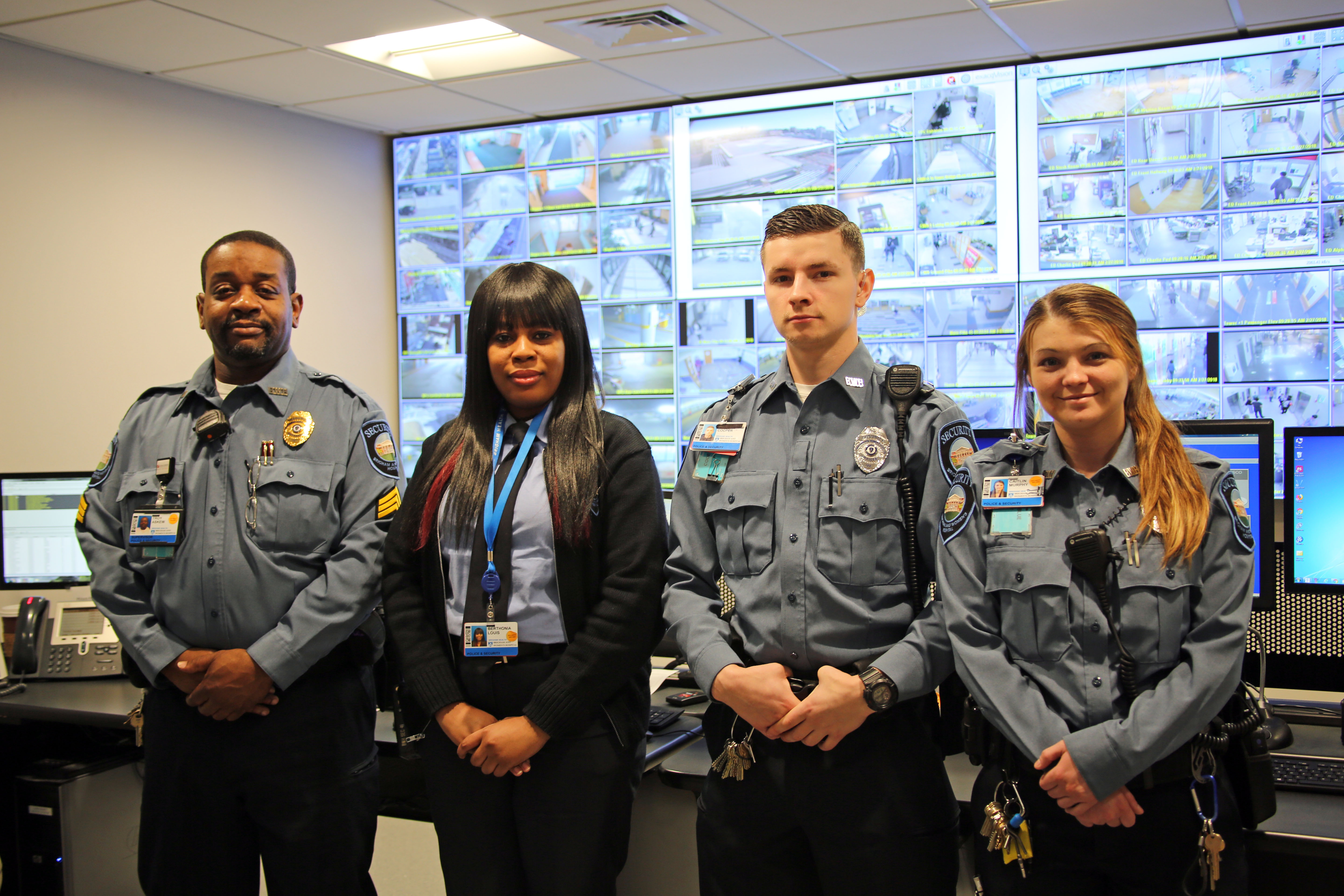 The safety of patients, their families and staff is among the highest priorities at the Brigham, and the work to strengthen hospital security never stops. BWH Police, Security and Parking recently implemented several strategic initiatives to further enhance BWH’s security posture.

“We have a duty to protect everyone who comes through our doors, and these changes enable us to achieve that with greater skill and professionalism,” said Dave Corbin, MS, CPP, CHPA, director of Police, Security and Parking.

The department recently reorganized to form two specialized groups: a Police and Security team and a Parking and Commuter Services team.

Both services continue to be based in a joint office, which recently relocated to the Lower Pike. As part of the move, the department also redesigned and modernized its Dispatch Center – outfitting the expanded space with state-of-the-art technology and more ergonomic workstations for dispatchers.

On Saturday, March 3, the department completes its transition from a contract security force to in-house staff. Headed by a leadership team with extensive experience in law enforcement, Police and Security now comprises more than 100 concierges, officers, dispatchers and supervisors employed by the Brigham. The team – which also updated its uniforms, training and physical fitness standards – includes many former contractors who were rehired as staff. In addition, BWH Police and Security staffing was expanded to include a presence at Southern Jamaica Plain Health Center and Brigham and Women’s Advanced Primary Care Associates, South Huntington.

“With this change, we can recruit, train and retain the most qualified personnel and have direct control over daily operations, quality of services and operational changes,” Corbin said.

Several department staff are now sworn as Special State Police Officers through the Massachusetts State Police, a designation that requires more than 400 hours of police academy training and annual in-service training requirements. This change enhances security across the distributed campus, Corbin explained. Security officers previously obtained this certification through Boston Police, which limited their jurisdiction to the city of Boston. Further, the department is recognized as a police department in the state and now has access to criminal justice information systems and other services to enhance proactive and investigative activities.

Safety Improvements in the Tower, CWN

To enhance afterhours security, Police and Security collaborated with clinical teams on the installation of a new locking system in the Tower. The system, whose launch date is expected to be announced in the coming weeks, will automatically lock the entrances to each pod between 9 p.m. and 6 a.m. every day. During those hours, employees will have to tap their ID badge on the card reader by the double doors to enter. Staff will not need to request new badge access permissions.

Video intercoms outside of each pod will allow staff to screen and remotely grant access to those seeking entry. Also, lockdown buttons were installed on each floor to enable staff to quickly lock their pod in the event of an emergency.

In the Mary Horrigan Connors Center for Women and Newborns, an electronic infant security system, called Hugs, launched in February throughout several maternity units. Infants are now banded with a small anklet containing an electronic sensor that will trigger an alarm – and a series of responses – if someone attempts to remove the baby from the unit prior to discharge.